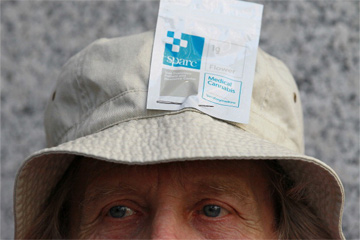 It's a bird ... it's a plane ... it's ... Captain Cannabis! OK, Captain Cannabis isn't a real superhero. However, medical cannabis advocates in Colorado, the most recent U.S. state to decriminalize the possession of small amounts of marijuana, have joked about creating one, based on a caricature of Denver police chief candidate Robert White. White had a false positive test for marijuana more than 25 years ago and says that he has never used drugs, so he's not really the best choice for a medical cannabis champion.

These same medical cannabis advocates -- the Medical Marijuana Assistance Program of America -- were also the butt of a joke on "Saturday Night Live" in early 2011. "Weekend Update" anchor Seth Meyers drew comparisons between the organization's efforts to get rural doctors to consider prescribing medical cannabis and "a guy selling weed out of a trailer" [source: Huffington Post]. Both of these news stories reflect many people's attitudes toward medical cannabis and the legal issues surrounding it -- that it's all a big joke.

It may seem like medical cannabis use started back with California's Prop 215, or the Compassionate Use Act, in 1996. That's when California law first allowed for the legal use of marijuana as recommended by doctors. However, it's far from the first time that cannabis has been used for therapeutic purposes. So what's the difference between the stuff that a doctor legally recommends to a patient to help with a medical condition and the herb purchased illegally for the purposes of intoxication? Part of it is the name.

Medical cannabis includes not only parts of the plant but also synthesized versions of the active chemical compounds present in cannabis, known as cannabinoids. When it comes to the legal issues, the difference between medical cannabis and marijuana is whether it has been recommended by a physician for a documented medical problem. If you're talking about the plant, though, when you get right down to it, there's no difference between the actual substances. Cannabis is the scientific name; marijuana comes from Mexican Spanish.

Numerous scientific studies over the decades, and around the world, have documented the therapeutic value of using cannabis to treat a host of illnesses and conditions. However, plenty of people have refuted those studies, claiming that they're inconclusive, there's a placebo effect at work or that it's just an excuse to get high. Critics also cite the potentially negative side effects of using cannabis as a medication.

Despite its controversy now, cannabis has been used medically for a very long time. Let's go way back -- as in, thousands of years back -- to look at the role cannabis played in ancient civilizations. 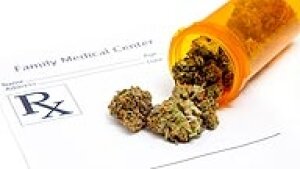