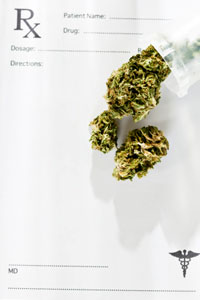 Medicinal marijuana is a $1.7-billion industry.
The Power of Forever Photography/Getty Images

If Charles Dickens were tapped to expound on the contemporary medical marijuana industry, he might recycle his famous line from "A Tale of Two Cities": "It was the best of times; it was the worst of times." The medicinal cannabis business, which straddles a tenuous line between legitimate and illegal, is booming. According to market analysis published in March 2011, 24.8 million patients in the United States were eligible to receive the herbal remedy, and the research valued the medicinal marijuana industry as a whole at $1.7 billion [source: Romero].

Bringing the underground industry into the mainstream appears to be gaining widespread favor among Americans as well. In October 2011, Gallup released a "record high" poll showing that 50 percent of respondents were in favor of legalizing the sale and use of marijuana -- medicinal or otherwise [source: Newport]. Those results represent a surge in support for cannabis legalization, which hovered around a 20 percent favorability rating in the 1990s [source: Silver].

At the same time, the federal government hasn't taken a shine to green-lighting marijuana legalization. Marijuana possession is legal in 16 states and Washington, D.C, yet a court decision in 2005 upheld the federal government's across-the-board ban on the drug [source: ProCon]. In other words, while state law might allow people to buy and consume marijuana for medicinal purposes, federal law still doesn't consider it legal. More recently, federal authorities have threatened to crackdown on stakeholders -- patients, marijuana dispensary owners and growers -- in California's medicinal cannabis industry. Those stern warnings and occasional raids, however, haven't stopped medicinal cannabis cultivation from happening. 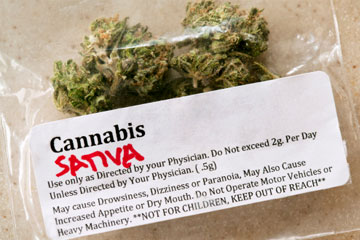 Under U.S. federal law, buying, selling, growing or possessing marijuana is illegal, despite direct legal conflict with certain state laws. Specifically, if you live in the following states or Washington, D.C., medicinal marijuana possession may be legal: Alaska, Arizona, California, Colorado, Delaware, Hawaii, Maine, Maryland, Michigan, Montana, Nevada, New Mexico, Oregon, Rhode Island, Vermont and Washington. However, the possession limit differs from jurisdiction to jurisdiction; for instance, California allows up to 18 plants and 8 ounces of dried, smoke-ready cannabis, whereas Delaware draws the line at 6 ounces of smoke-ready marijuana without any plants [source: ProCon].

Hippie hoards haven't hauled their rolling papers and bongs over those more freewheeling borders because the state laws aren't intended to get everyone high. Instead, marijuana-legalizing legislation is intended to serve people with medical needs, which is why marijuana dispensaries are sometimes euphemistically referred to as "compassionate-care clinics" [source: Parloff]. Doctors can even recommend (rather than prescribe, since marijuana isn't an FDA-approved drug) optimum strains for what ails. Although some physicians are more liberal with their recommendations, medicinal marijuana's therapeutic properties aren't to be laughed off entirely. Cannabis is used to treat the painful symptoms of a variety of neurodegenerative disorders and chronic diseases, such as spinal cord injuries, arthritis and HIV. For instance, a study conducted at the University of California's Center for Medicinal Cannabis Research found that marijuana could effectively calm muscle spasms associated with multiple sclerosis [source: Hoeffel].

Though the intentions for consuming marijuana might be different for medicinal users compared to recreational ones, many THC-toting buds all blossom from one of three basic cultivation methods: standard indoor, standard outdoor and hydroponic.

A Tale of Two Pots 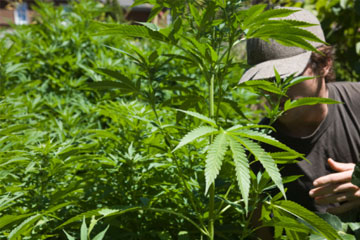 A grower tends to his cannabis field.
Jupiterimages/Getty Images

The appropriate cultivation method depends on the resources at a grower's disposal and the desired harvest. For instance, large-scale growers in Humboldt County, California, have more legal liberty to tend expansive outdoor plots, whereas an amateur medicinal grower in Arizona might opt for a minimal basement grow room.

Standard indoor cultivation: Cannabis naturally blooms once per year, but since it's a photoperiodic-reactive plant, growers can intensify interior light exposure to stimulate faster bud development. With each plant nestled in its own 3-gallon container full of moisturized soil, the growing marijuana plants require between 16 and 24 hours of continual fluorescent light exposure per day for roughly two months [source: Weed Farmer]. Due to heat output from such intensive lighting, the grow room -- generally a well-insulated basement, closet or attic -- may need a cooling fan to keep temperatures near the optimum 70 degrees Fahrenheit (21 degrees Celsius) [source: GreenMansPage].

Standard outdoor cultivation: Climate control is one of the greatest challenges for mastering indoor medicinal marijuana cultivation, but many of those controls fly out the window when the operation moves to the great outdoors. Growing medicinal marijuana outside exposes it to unpredictable weather, as well as more pests, mold and other harmful pathogens. To give the crops the best chance to thrive, outdoor growers should tailor the cannabis strain to their hardiness zone [source: Cervantes]. Growers in Oregon, for instance, would want to look out for strains suitable for cooler, wetter climates that tend to attract more fungal growth. Those horticultural standards will guide the specific soil treatments and water supplies necessary for farming the marijuana plants.

On the one hand, free sunshine can save a bundle, but on the other hand, growing outdoors could pose more imminent legal threats since it's harder to hide from a law enforcement helicopter. For that reason, it's doubly important to abide by the letter of state legalization laws -- although under the federal Controlled Substances Act, which criminalizes marijuana cultivation, authorities can still prosecute growers large and small [source: PBS Newshour].

In the marijuana plant family, females are the only members that matter, since they produce the sticky buds sparkling with cannabinoid crystals that elicit a high. Male plants are discarded, lest they pollinate the female crops and dilute the offspring. 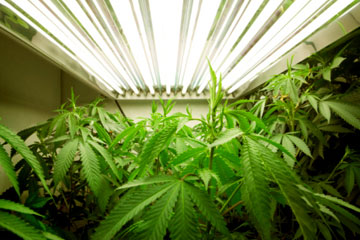 In more recent years, enterprising medicinal cannabis growers have ditched dirt and invested in one of the following hydroponic growing systems.

Hydroponic cultivation: The lighting and temperature regulation measures involved in standard cultivation also come into play with hydroponics. But as the "hydro" in hydroponics implies, the cultivation method is all about water -- forget about the soil, literally. Growing medicinal cannabis the hydroponic way uses inert soil alternatives, such as pebbled gravel, that merely anchor the root systems, rather than providing nourishment. Instead, marijuana plants get their fill from nutrient-treated water pumped, dripped or wicked directly toward the roots, depending on which hydroponic system a grower selects. Hydroponics have become a popular way to cultivate cannabis since the direct access to water and nutrients can accelerate growth, helping it mature up to twice as fast (12 weeks versus 24 weeks) [source: Turner].

Aeroponic cultivation: A subset of hydroponics, aeroponics is becoming more popular among medicinal marijuana growers [source: CannabisSearch]. The hallmark of an aeroponics system is a continual, nutrient-rich mist sprayed directly onto to the plants' roots. These compact setups can maximize marijuana yield in indoor spaces, but since aeroponics is an advanced growing technique, it probably isn't suitable for green cannabis cultivators.

When considering how to grow medicinal cannabis, don't forget the crucial first step: Check with state legalization laws. Even for people who live in one of the 16 states with legalized possession statutes, farming too much might attract legal trouble, rather than the therapeutic relief the prized plants are intended to produce.

The Sea of Green

Riffing from the Beatles lyric in "Yellow Submarine," the Sea of Green in marijuana slang refers to a continuous growing method. Developed in the mid-1980s, the technique involves keeping a trio of cannabis plant groups: one for cloning new plants, one in high-growth phase and one ready for harvesting. As the Sea of Green flows, so does the fresh supply of bud [source: McCormick].

What are electrolytes?
What is dental plaque?
Dr. Shapiro's Picture Perfect Weight Loss Diet: What You Need to Know