These are just a few of the specific criticisms. People who smoke cannabis (still the most common way of using it) may also run the risk of damaging their lungs. Plants may harbor dangerous microorganisms. The U.S. Department of Justice declared in 1988 that cannabis was not toxic and that there had never been a documented death from cannabis. However, the American Society of Addiction Medicine points to the high potential for abuse and states that there hasn't been enough research to qualify it as a medication.

There's also the little fact that it's still illegal ... sort of. The United Nations drug convention classifies it as a Schedule IV drug, meaning that member countries can decide whether to allow its use for medicine or research. Currently 16 U.S. states have either medical cannabis laws or decriminalization laws, which remove or reduce the legal penalties for possessing certain amounts of cannabis or cannabis plants. Most states have specific requirements that patients must meet, and they must typically register with the state.

According to U.S. federal law, cannabis possession, use and growth is illegal; however, the Obama administration has generally stated that dispensaries -- stores that sell medical cannabis by prescription in a state where it is legal -- in compliance with local laws will not be raided. Numerous medical organizations, including the American College of Physicians, propose federally reclassifying cannabis to facilitate more research.

Medical cannabis' legality in other countries varies widely. In Canada, medical cannabis is legal for patients with certain conditions -- although currently its laws are being debated. In the United Kingdom, the only legal medical cannabis is the cannabinoid-derived drug Sativex. Other Western countries range from legalizing medical use to having decriminalization laws, including Israel, Belgium, the Netherlands and the Czech Republic. In some countries, there is simply a policy of non-enforcement regardless of whether the cannabis use is medical or not, especially with possession of small amounts.

While legal issues and controversy surrounding medical cannabis continue, there will always been those who claim its benefits and continue to use it ... regardless of the trends. 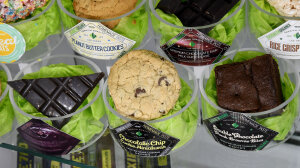