by Michelle Konstantinovsky Jun 5, 2019
The number of young adults between 18 and 21 years old who tried Juul increased more than 400 percent from July 2017 to October 2018. Scott Olson/Getty Images

If you're a child of the '90s, surely you remember Joe Camel. The slick, suave, animated character was anthropomorphized as the face of R.J. Reynolds Tobacco Company's Camel Cigarettes and that dude was everywhere. The controversial, kid-friendly tobacco pusher was seen playing pool in ads on the back of magazines, and hanging at the beach on mega-sized billboards.

But the one place Joe was nowhere to be found: television. And that's because in 1971, lawmakers banned cigarette ads on TV and radio. Why then, nearly 50 years after that rule was put into place, are e-cigarette brands like Juul freely advertising their products on the airwaves?

The answer: Federal and state regulations just haven't caught up to the new trends in tobacco consumption. Current FDA rules permit marketing of e-cigarettes in all types of media, including television, as long as they include the warning message: "This product contains nicotine. Nicotine is an addictive chemical." And that's why, despite public pressure to remove most of its candy-like flavors from stores, e-cig manufacturer Juul has legally launched a $10 million television ad campaign.

Whether the ads are legal, though, depends on who you ask. In a paper for the University of California, San Francisco Center for Tobacco Control Research and Education, director Stanton A. Glantz, Ph.D., wrote that Juul's ads "are making illegal therapeutic (they can help users quit smoking) and modified risk claims (they are healthier) without the legally-required approvals from FDA."

Glantz told SFGate in May that he thinks "Juul is skirting the edge of the law, and that the FDA is letting them get away with it." He says FDA enforcement of these kinds of smoking cessation claims is even more important since e-cigarettes aren't currently subject to the laws that ban traditional tobacco advertising on TV.

How then, is Juul promoting what appears to most as smoking cessation in its TV ads? They do, after all, feature former cigarette smokers who swear switching to Juul helped them break their smoking habits. The short answer is that the law prohibiting broadcast advertising of cigarettes applies only to cigarettes, not tobacco products in general and Juul is technically not a cigarette. The Juul ads also never use words associated with FDA-approved smoking cessation products, like "quit," or "addiction." Instead, the marketing tagline is "Make the Switch." Company executives also say the three ads are airing only on national cable channels after 10 p.m. and are aimed at adults 35 years and older.

However, surveys conducted by the Truth Initiative (a nonprofit health organization aimed at ending tobacco use) show that the majority of first-time Juul users were younger than 18 when they first tried it. Nearly half of those said they tried it because their friends used it, though a whopping 25 percent said they tried it because they thought it wasn't as harmful as other forms of tobacco. Newsflash: It is! In fact, Juul has some of the highest levels of nicotine of any e-cigarettes on the market.

Whether the Juul "Make the Switch" ads break the law or not, one thing is for sure: Juul continues to break records with its sales. The number of young adults between 18 and 21 years old who tried Juul increased more than 400 percent from July 2017 to October 2018. So while tobacco companies like Juul can get away with TV advertising for now, they may encounter serious pushback in the future.

Now That's Interesting
The human brain develops until about the age of 25 and research has shown nicotine — the addictive ingredient component in e-cigs and other tobacco products — can hinder that development, affecting the parts of the brain that control attention, learning, mood and impulse control.

Insect Ice Cream Could Be Coming to Your Grocery Store

Nameless But Never Forgotten: The Tomb of the Unknown Soldier 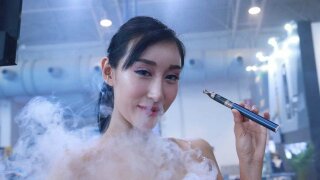 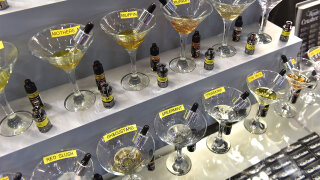 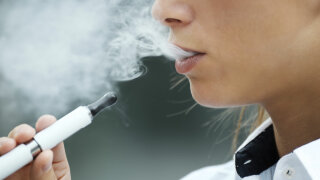