Some e-cigarettes are designed to look like regular tobacco cigarettes, but there are many different styles.
© kitiara65/iStock/Thinkstock

Despite our growing knowledge that smoking tobacco is bad for us more than 40 million Americans are cigarette smokers. Smoking cigarettes is known to cause damage to every organ in your body, and smoking-related illnesses are responsible for one out of every five deaths in the U.S. [source: CDC]. But nearly 70 percent of smokers report they want to quit, and a little more than 42 percent say they've tried to quit during the past year [source: CDC]. In 2009 there was a 10 percent decrease in cigarette sales in the U.S., and while that directly followed an increase in the federal cigarette tax, it's not only price that's changing the habits of American smokers. Electronic cigarettes (known also as e-cigarettes) have also contributed. Global sales of smokeless tobacco products, including smokeless inhalers, has grown to nearly $3 billion -- and continues to grow. In an attempt to quit the tobacco habit as many as one-fifth of smokers have tried e-cigarettes [source: Ross].

E-cigarettes were first developed in China and were introduced to the U.S. market in 2007. Many are similar enough in appearance to be mistaken for regular tobacco cigarettes. But one look inside and you'll see the main difference: This is a tobacco-free product. E-cigs are actually vaporizers; instead of burning tobacco, the mechanism heats up a liquid. The liquid turns into vapor, which is then inhaled, or "vaped." While some argue that vapor offers health advantages over traditional cigarette smoke, regulatory agencies and some health experts aren't so sure that's true. Before you consider taking up the e-cigarette habit, read on to get the facts.

Save your lighter fluid for power ballads at concerts.
© XiXinXing/iStock/Thinkstock

You'll never worry about misplacing your lighter or your matches if you're smoking an e-cigarette -- there's nothing to light. Instead, e-cigarettes run on a lithium battery; each also contains a vaporization chamber and a cartridge filled with liquid. When you puff on your e-cig as you would a regular cigarette, the battery powers the device to heat the liquid and vaporize it. Some e-cigarettes have a cigarette-like LED tip that glows red (or another color, depending on the product you're using), but not all of these smokeless gadgets resemble regular cigarettes. Because they don't burn tobacco, there's no smoke, no carbon monoxide and no odor; what you inhale is vapor [source: FDA].

E-cigarettes are tobacco-free, but they contain liquid nicotine.
© Gianluca Rasile/iStock/Thinkstock

E-cigarettes are smoke-free and tobacco-free, but they're not nicotine-free. The liquid in e-cigarettes is typically a combination of nicotine, flavorings (such as bubble gum or watermelon), propylene glycol (a solvent), and other additives. The amount of nicotine depends on the mixture of the particular liquid-nicotine cartridge installed in the device. Some products contain nicotine amounts comparable to regular tobacco cigarettes, while others contain levels closer to that of a light or ultralight cigarette. There are also cartridges available that contain flavored liquid without nicotine, for users who want the sensory experience of smoking a cigarette without the harmful effects.

It doesn't take much liquid nicotine to achieve a lethal dose.
© Milacroft/iStock/Thinkstock

Cigarette smoke contains more than 7,000 chemicals, and among those, 69 are known carcinogens [source: American Lung Association]. But it's not only regular cigarettes that are toxic to our bodies; e-cigarettes, too, come with health and safety concerns. The problem? Liquid nicotine.

Liquid nicotine is extracted from tobacco, but unlike tobacco leaves, liquid nicotine can be lethal. It can cause harm when it's inhaled, but it can also be harmful when ingested or absorbed through your skin. Only a small dose is dangerous -- less than one tablespoon of many of the e-liquids on the market is enough to kill an adult, and as little as a teaspoon could kill a child) [source: Richtel]. The number of calls to poison control centers regarding e-cigarette nicotine-infused liquids rose sharply every month between September 2010 and February 2014, from just one call per month to as many as 215 -- that's a rise from 0.3 percent to 41.7 percent of all emergency calls. As many as 51.1 percent of those calls involved accidental poisoning of kids under the age of 5 (roughly 42 percent involved adults age 20 or older) [source: CDC].

Some testing suggests it's not only the nicotine that may be dangerous. Certain e-cigarette devices may also release metals during use -- including tin in some cases -- as well as other impurities known to be toxic and/or carcinogenic.

Without regulation, there's no way to know exactly what you're inhaling from your e-cig.
© scyther5/iStock/Thinkstock

Despite being on the market for several years, many regulatory agencies and health experts aren't sure just how safe e-cigarettes actually are. Among their concerns is the lack of disclosure of all the ingredients used as well as the lack of (or validity of) health and safety claims by manufacturers about their products. In 2009, for example, the Food and Drug Administration (FDA) found some cartridges of liquid nicotine contained about 1 percent diethylene glycol (DEG), a toxic chemical ingredient also found in antifreeze [source: FDA].

To make matters worse, the amount of nicotine listed on a cartridge label may not match the actual amount in the cartridge. FDA testing has found cartridges under the same manufacturing label may release significantly different levels of nicotine, ranging from 26.8 to 43.2 micrograms nicotine per 100 milliliter puff. And those nicotine-free cartridges? Lab tests indicate you're still getting a low dose, despite the claims [source: FDA].

6: The FDA Wants to Regulate Them

A European parliament bill aiming at classifying e-cigarettes as a drug in October 2013 was met with protests.
© FREDERICK FLORIN/AFP/Getty Images

The FDA regulates some tobacco products, including cigarettes, cigarette tobacco, roll-your-own tobacco and smokeless tobacco. But it wasn't until 2014 that the agency proposed requirements for e-cigarettes, nicotine gels and dissolvable tobacco, among other previously unregulated tobacco products, under the Family Smoking Prevention and Tobacco Control Act. Under these regulations manufacturers are required to disclose all ingredients in their products, and have FDA approval before marketing them. Additionally, e-cigs can't be sold to minors (although the specific age depends on the state in which you live), and all labeling must include health warnings; free samples and vending machine sales are also prohibited [source: Federal Register].

Manufacturers, however, say the e-cigarette is simply recreational, and should not be subject to FDA regulation.

5: They're Reusable (With Some Maintenance)

Some e-cigarettes are sold with USB chargers as part of the package.
© Carpe89/iStock/Thinkstock

E-cigarette devices are battery-powered, and as long as you remember to keep the battery charged they're reusable (although maintenance and usability will depend on the type of e-cigarette device you're using). And, like a lot of other devices we use every day (such as smart phones and tablets) many e-cigs come with available USB and car charges. It's not only the rechargeable battery that makes these devices reusable; many are also refillable. The liquid in the cartridges needs to be resupplied regularly, either by inserting a new cartridge or refilling an empty one.

4: They (May) Cost Less Than a Cigarette Habit

Smokers may make the switch to e-cigarettes in the hopes of saving cash.
©Santje09/iStock/Thinkstock

Smokers with a pack-a-day habit spend more than $1,000 per year to get the nicotine fix they crave, and in many instances an e-cigarette habit is cheaper. First, e-cigarette devices, which come in a variety of shapes and sizes, come with an initial cost. A typical starter kit, which contains the e-cigarette device, a battery and several cartridges, can cost anywhere from $30 to $100, depending on the manufacturer, model and style. And then there's the cost of the cartridges. The cost of a year's worth of replacement cartridges for sustaining the equivalent of a pack-a-day habit will cost about $600 [source: Neporent]. To reduce those prices consumers also can purchase the liquid in bulk and refill the cartridges themselves.

3: Vaping is Allowed in Some Smoke-free Places

Some workplaces may allow e-cigarettes, but you should check before vaping anywhere that's normally smoke-free.
©Goodluz/iStock/Thinkstock

Because there's little regulation of e-cigarette devices, manufacturers have leeway to market their products as cigarettes that can be smoked anywhere, presenting them as smokeless tobacco products that have no health risks. Because of that, e-cigs are allowed in otherwise smoke-free environments.

Regulations do vary, though. Some countries, including Australia, Canada, Israel and Mexico, as well as some U.S. cities like Los Angeles, Chicago and New York, have banned electronic cigarettes or restricted their use in some public venues. In some cases, use of e-cigs is allowed only in "vaping" lounges or stores where the devices and associated products are sold [source: Gorman].

Even if it's vapor, this is incredibly rude.
©-goldy-/iStock/Thinkstock

It's not only smokers who are impacted by the effects of cigarettes; as many as 2.5 million nonsmokers have died from the lethal effects of secondhand smoke between 1964 and 2014 [source: CDC]. Despite the claims they're a safe alternative to regular cigarettes, e-cigarettes may not completely solve the problem of secondhand exposure to nicotine.

Nicotine exposure from e-cigarettes is real, although studies suggest that exposure is far less from e-cig vapors than from the smoke of regular cigarettes. Nicotine emissions are 10 times lower than from burning tobacco, and the secondhand aerosol doesn't contain significant amounts of tobacco-specific toxins (carbon monoxide or other toxic volatile organic compounds) [source: Czogala].

1: They Cause Lung Damage

Lung health is still an issue with e-cigarettes.
©Medioimages/Photodisc/Thinkstock

Up Next
FDA Takes Step Toward Non-addictive Cigarettes
The FDA recently announced plans to explore nicotine reduction in cigarettes to non-addictive levels. HowStuffWorks takes a look at the possibility.
Explore More 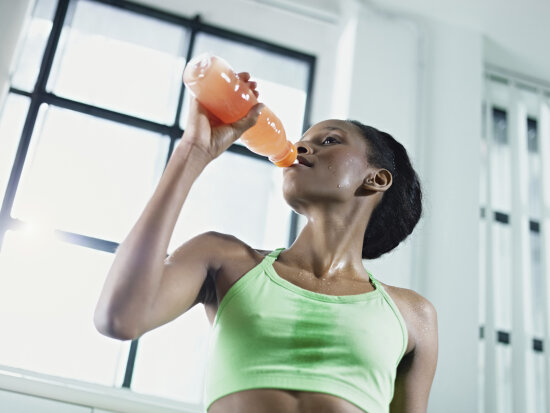 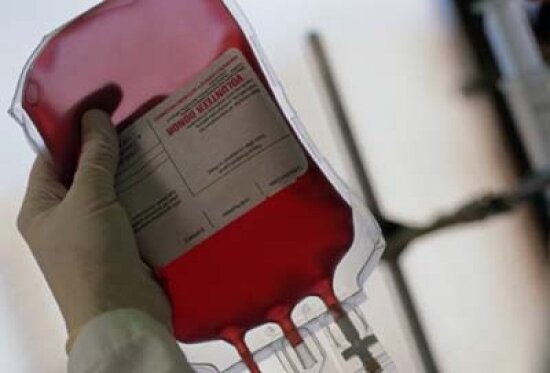 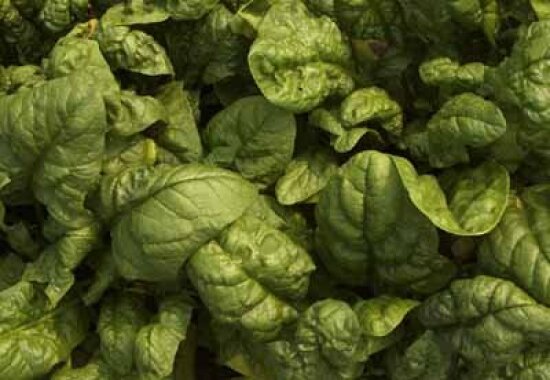