If you've reached a certain age, your doctor or conventional wisdom has likely prompted you to put the salt shaker down and back away slowly. However, new research published in the Aug. 11, 2018, issue of The Lancet is challenging this widely given recommendation, thanks to the results of a large-scale, international study.

The study followed more than 94,000 people in 18 countries for an average of eight years. All participants were aged 35 to 70, making them likely candidates for potential cardiovascular disease and stroke, long considered to be the most prevalent risks of excessive sodium. They found that only people who consume greater than 5 grams of sodium per day (which is about 2.5 teaspoons of salt) are at increased risk of related problems. What's more, a mere 5 percent of people in developed countries actually meet that staggering salt intake.

Researchers from the Population Health Research Institute (PHRI) of McMaster University and Hamilton Health Sciences in Canada, completed the study in tandem with colleagues from several countries. The countries the scientists examined included Argentina, Brazil, Canada, China, India, Iran, the Philippines, Poland, Saudi Arabia, South Africa, Sweden and Tanzania. Most countries topped out at 3 to 5 grams of sodium per day. Participants in the United States were not followed, but the Centers for Disease Control and Prevention estimates that the average American takes in 3,400 milligrams (3.4 grams) of sodium per day.

"The World Health Organization recommends consumption of less than two grams of sodium -- that's one teaspoon of salt -- a day as a preventative measure against cardiovascular disease, but there is little evidence in terms of improved health outcomes that individuals ever achieve at such a low level," explained study co-author Andrew Mente in a press release.

The American Heart Association (AHA) suggests an even lower limit of 1,500 milligrams (1.5 grams) of sodium per day for people at risk of heart disease and/or with high blood pressure.

Although no one knows what exactly causes high blood pressure, the theory is that when you eat too much sodium, your body has to hold extra water in order to "wash" salt from your body, according to the Cleveland Clinic. This extra water puts stress on your heart by increasing the amount of fluid it must pump through the body, which may cause your blood pressure to rise. But this is not the first study to question whether there is really a link between lowering sodium intake and reducing heart attack risk.

"Only in the communities with the most sodium intake — those over five grams a day of sodium — which is mainly in China, did we find a direct link between sodium intake and major cardiovascular events like heart attack and stroke," explained Mente. "In communities that consumed less than five grams of sodium a day, the opposite was the case. Sodium consumption was inversely associated with myocardial infarction or heart attacks and total mortality, and no increase in stroke."

Now That's Helpful
If your doctor told you to cut back on sodium, don't deviate from that advice without checking with him or her first. And know this: Most sodium intake doesn't come from the obvious source, the salt shaker. It's more likely found in processed foods (like frozen dinners) and restaurant meals, as well as those delicacies with a higher-than-typical sodium content, like cheese and olives. The study researchers also found that increasing potassium intake decreased heart attack risk in all countries studied.

The Lowdown on High Heels: Men Wore Them First 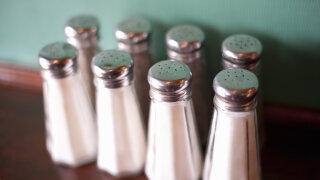 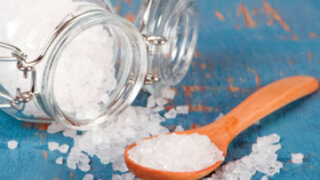 Is sea salt low in sodium? 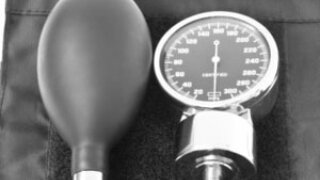 What is high blood pressure?