by Team Planet Green
Next 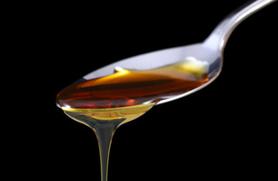 There have been some articles surfacing that claim agave nectar is no better than high-fructose corn syrup?a statement that, as a vegan baker and agave-lover, flabbergasted me, to say the least. How could my beloved, natural, organic, alternative agave be no better than processed, Monsanto-sprayed, genetically modified high fructose corn syrup? Is my beloved brownie-sweetener really nothing more than glorified high-fructose junk?

Agave can have a lot of fructose, around 90 percent (Sugar is 50 percent fructose, high-fructose corn syrup (HFCS) is 55 percent). The problem with taking in a lot of fructose is that your body must convert it to glucose in the liver, but if you have too much, it gets stored as fat. Fructose is correlated with increased blood triglyceride levels, heart disease, and insulin resistance. This ' really a concern when you?re eating fruit, a natural source of fructose (along with other vitamins and minerals). It?s when synthetically made fructose is ingested in such concentrated levels that the problems arise.

Agave also has something called saponins, phytochemicals that have been linked to diarrhea, vomiting, and possibly some cases of miscarriage. The WAPF even goes as far as saying that, "at the very least, agave products should carry a warning label indicating that the product may cause a miscarriage.? But agave is far from the only food product that has saponins: others include chickpeas, alfalfa sprouts, oats, beans, red onions, potatoes?And saponins have benefits, too. They can lower cholesterol, boost immunity, and reduce the risk of cancer; they are a plant's protection against disease and bacteria, and can transfer those benefits into our bodies.

According to Dr. Edward Group of the Global Healing Center, not all agave is made equally. Some brands of agave have gone through an extensive heating and chemical refining process, which is what turns it into, essentially, man-made fructose.

On the other hand, it's possible for agave to be made with minimal processing. Craig Gerbore of Madhava says that agave nectar can be processed in three ways to transform the agave carbs into sugars: heating, chemical enzymes, or natural enzymes. Low temperatures can be used to evaporate the nectar from the water after this juice is extracted from the agave plant, which is how some companies claim their agave is ?raw.? Raw foodists debate the existence of truly raw agave, but even if it's not raw, one has to think that at least lower temperatures were used for the evaporation, right?

This process, supposedly, would produce a sweetener that is less-refined and chemically-treated than say, HFCS, which unlike agave, is in almost every single supermarket item?from soda pop to ketchup. And white sugar is highly filtered and bleached, and has all possible nutrients removed: not to mention that it too lurks in grocery items as unsuspecting as crackers and cereal.

Agave is, at its heart, a sweetener. It's hard to call agave a "healthy" food, but, depending on how it's made, it can be less refined and chemical-laden than other sweeteners. It might even have a few health benefits. But treat it like a sweetener, an occasional treat (i.e., don't drink it). White sugar, evaporated cane juice, honey, agave: they all should be used sparingly. I, for one, am not strong enough to shun these sweeteners altogether, and will keep choosing agave over white sugar and HFCS when I can. In the end, as always, it's about knowing what you're buying and who you're buying from, and eating in moderation.

About the author: Kayla Coleman is an intern at Care2, as well as an artist, writer, and animal activist. When she's not running or baking vegan cookies, she's usually reading about health and nutrition, animals, or the environment. Her motto is, "if not now, when?"

At Care2, we believe that individual actions can collectively make a difference. Whether you start making differences in your home, your community, or across the globe, we are glad to help you on your journey. Join us today! With more than 11 million members, Care2 is the largest online community of people making a difference in healthy and green living, human rights and animal welfare. Join us today!