You'd think those backward folks who love black jelly beans have been punished enough by their own sense of taste. After all, who in their right mind would look at a sweet, red cherry jelly bean and reach past it for the one that tastes like some 19th-century apothecary's quack potion?

But alas, you lovers of the evil bean have another strike against you. Because it turns out that too many black jelly beans can lead to serious hypertension, (aka high blood pressure), which can cause a whole host of problems as unsavory as the snack itself if you're ingesting them in large enough quantities.

Don't believe us? Have a look at this curious case study filed in the journal of Postgraduate Medicine where doctors reported that a 51-year old man was hospitalized for both high blood pressure and low potassium levels. He'd been having stomach pains for three days, and vomiting and experiencing diarrhea on the previous day before he sought medical help. Turns out he'd recently begun snacking on a bag of black jelly beans every day — and continued to do so in the hospital. When doctors became aware of his 50-black-jelly-beans-a-day habit, they cut him off from the treat — and his hypertension disappeared, and potassium levels stabilized.

To be fair: The black jelly beans weren't to blame as much as the licorice they're flavored with. Black licorice contains glycyrrhizin, which has been shown to cause high blood pressure and low potassium levels. These conditions can lead to dangerous heart arrhythmias, fluid retention and congestive heart failure.

Avoiding copious quantities of licorice might be easy when saying no to treats or alcoholic beverages (think some Belgian beers or anisettes), but keep in mind that many herbal supplements and teas contain the stuff, too.

While licorice-induced hypertension is most likely going to be a problem with those at high risk (that is, those with underlying health conditions or already existing high blood pressure), doctors still caution that if eating licorice causes you to experience any kind of abnormal symptoms, you should call your doctor or go to the emergency room.

A simpler solution? Try eating the jelly beans that don't taste of death. Or just eat fewer of them.

NOW THAT'S INTERESTING
It's not all bad news when it comes to licorice. It has proven helpful for treating gastric ulcers, polycystic ovary syndrome and even sore throats, among other maladies.

How Different Accents Develop Within the Same Language 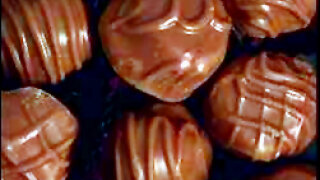 Why Does Chocolate Turn Gray Sometimes? Is It Still Safe to Eat? 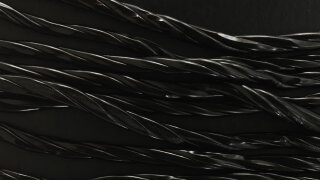