You've probably heard that anti-inflammatory foods are good for you, but why? And how can they help you anyway?

First, it's important to understand what bodily inflammation is, and why it can be harmful. In fact, there are actually two types: acute and chronic. The former is nothing to get too worked up over. "Acute inflammation is part of healing and is a normal, healthy response to injury or infection," says registered dietitian Jean LaMantia in an email interview.

Basically, whenever your body recognizes something that is foreign – such as a microbe, pollen or a chemical, it goes to work to get rid of it. It does this by activating your immune system which triggers a process called inflammation. Inflammation helps to get rid of the offending organism.

But sometimes this inflammation continues even when there isn't a foreign invader. That's called chronic inflammation.

"Chronic inflammation starts out as acute, but then doesn't shut off. This creates a new environment at the area of injury, as the inflammatory messengers tell the body's cells to die off and replace themselves with new cells," says LaMantia. "With this rapid cell turnover, there is greater likelihood of a cell with a genetic defect to appear." Chronic inflammation is linked to a higher risk of cancer, diabetes, asthma, depression, metabolic syndrome and atherosclerosis (hardening of the arteries), among other problems, she notes.

The typical diet that many Americans follow is loaded with foods that are processed and high in saturated fats, trans fats, sugars and tropical oils. These foods are not good for your heart and studies have associated eating a lot of these "pro-inflammatory" foods with an increased risk of cancer and death. Inflammation is an underlying mechanism for many diseases, including cancer, diabetes and heart disease.

On the other hand, some foods contain helpful components that are effective at reducing the amount of inflammation in the body. "The components in food that are anti-inflammatory are able to turn down the inflammatory messages that our body sends out," says LaMantia.

1. Yogurt and Other Fermented Foods

"Fermented foods are both anti-inflammatory and also beneficial for gut health. They restore a healthy balance of bacteria to the gut which helps to keep the body's inflammation in check," says nutritionist Lisa Richards in an email. Even if you're not a fan of more exotic fermented foods like sauerkraut or kimchi, it's easy enough to include the category into your daily diet, as yogurt and most aged cheeses qualify. "When selecting yogurt it is best to choose a low sugar version with live cultures," she advises.

That's right, Canada's pride and joy (no, not Celine Dion this time) is believed to have anti-inflammatory properties, according to a University of Rhode Island study. Um, how exactly? "Scientists have identified more than 67 different plant compounds, or polyphenols, nine of which are unique to pure maple syrup. One of these polyphenols, named Quebecol, naturally forms when the sap is boiled to produce maple syrup," says dietician Lauren Manaker in an email, noting that Quebecol has been shown to reduce inflammation in the body. Don't go too wild on the maple syrup, though, as it's still packed with calories. And make sure that you're consuming the pure stuff as opposed to imitation "maple syrup" or pancake syrup. These don't have any of the anti-inflammatory benefits.

Omega-3s have long been nutritional superstars, most commonly and plentifully found in fatty fish like tuna, sardines and salmon, as well as walnuts, chia seeds and flax seeds. "Omega-3 fatty acids in fatty fish and monounsaturated fats in nuts and seeds help to reduce precursors that cause inflammation," says Rima Kleiner, registered dietitian-nutritionist and blogger at DishOnFish.com via email. Despite the fact that the most recent dietary guidelines recommend seafood two to three times per week, Omega-3s are sadly lacking in the typical diet. Instead, many people favor their less beneficial, inflammation-causing cousin Omega-6 fatty acids, often found in vegetable oils, nuts and dairy products (it should be noted that people do need a certain amount of Omega-6s, however they tend to get too much and usually not from the best sources).

Doctors are learning that one of the best ways to quell inflammation is with the foods you eat: https://t.co/ES92OZhXsp #HarvardHealth #inflammation #Diet pic.twitter.com/za5GNFRDhf

A popular spice, most commonly found in Indian food, turmeric "contains a powerful anti-inflammatory compound called curcumin," emails United Kingdom-based dietician Hayley Cimring. "Eating black pepper with turmeric can significantly enhance the absorption of curcumin." However, you'd need to eat far more turmeric than is used in a typical dish to get the benefit. So, many people take curcumin supplements instead.

Not all oils are bad, after all! Indeed, EVOO should have a place at most tables. "Extra-virgin olive oil is rich in monounsaturated fats and antioxidants to protect the cells in your body and reduce inflammation," says Cimring. "It's not always best for cooking but it's perfect for salad dressings and for vegetable side dishes."

We saved the best for last on purpose. Indeed, dark chocolate is known for being packed with inflammation-reducing antioxidants. Cimring encourages buyers to choose dark chocolate that contains at least 70 percent cocoa. "A greater percentage is even better to reap these anti-inflammatory benefits," she says. Now, that's a sweet ending.

Correction: The article was updated to stress that the maple syrup referred to was pure maple syrup, rather than imitation. Also, Jean LaMantia's name was spelled incorrectly in one instance and was corrected.

Now That's Interesting
Reduced inflammation is also linked to enjoying a diet high in fiber-rich foods like whole grains, nuts, veggies, fruits and beans, according to the Arthritis Foundation. Be sure to drink lots of water to ensure you reap the full benefits, as water helps fiber work better in the body.

What Are Single-use Plastics and Should They Be Banned? 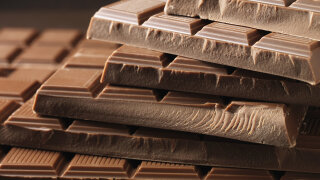 Is chocolate really good for me? 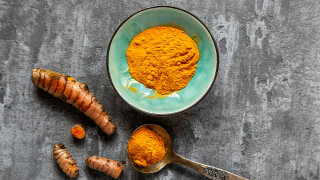 The Truth About Turmeric: What Health Benefits Does It Really Have? 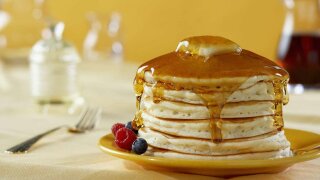 Rejoice! Quebecol, Found in Maple Syrup, May Have Anti-inflammatory Properties