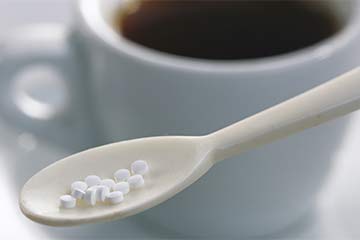 Although their use has skyrocketed in the past couple of decades, artificial sweeteners don't have the greatest reputation. Saccharin, which hit the consumer market in the '70s, came under fire almost immediately for being linked to cancer in lab rats. The link was ultimately proven to be pretty weak in humans, but saccharin products carried warning labels for years, and the stigma has stuck around. Aspartame, in particular, has been blamed (with and without concrete evidence) to all sorts of ailments, including cancer, Alzheimer's disease and nervous disorders. And as consumers become more educated about artificial sweeteners, they're starting to realize that "sugar-free" doesn't always mean "healthy" — in fact, sometimes it's quite the opposite.

Nevertheless, many see artificial sweeteners (also known as sugar substitutes and non-nutritive sweeteners) as a good alternative to sugar. They're often recommended — by doctors and by institutions such as the American Diabetes Association — for use in weight control and managing diabetes. Because our bodies aren't able to digest most of these sweeteners (with the exception of aspartame), they're low in calories and don't raise blood glucose levels.

Or do they? The findings in a 2014 study by Israeli scientists seemed to contradict all conventional wisdom about artificial sweeteners and blood sugar levels. The study has been criticized for being too small (only seven people participated in one section), but it did have the scientific world buzzing. It found that blood glucose levels did rise in mice that were fed doses of water sweetened with the three most popular sugar substitutes: saccharin (Sweet'N Low), aspartame (NutraSweet and Equal) and sucralose (Splenda). The spike was so great in some of the mice that they became borderline diabetic. Similar results were seen in the small human part of the study.

The study's authors aren't totally sure how or why this happened, but it had something to do with how artificial sweeteners affect the gut microbiome — the enormous collection of bacteria in the intestines. You have more gut bacteria than cells in your body (the total weight can be 4 pounds or 2 kilograms), and changes to the microbiome can have profound effects on your health [source: Rubin]. The sugar substitutes somehow altered the gut bacteria in both mice and humans, which caused them to digest glucose differently. This led to raised blood sugar and a condition called impaired blood-sugar tolerance in some. When the researchers used fecal transplants to inject "normal" gut bacteria into the study subjects, the conditions reversed. The same result was seen when the mice were given antibiotics to regulate their microbiome.

So what does this mean for diabetics and lovers of diet soda? It's hard to tell — the Israeli study is something of a bombshell, but there's certainly a need for a lot more research. So until there's a definitive answer, remember the mantra: Everything in moderation.