New Chocolate Breakfast Cereals Claim to Be Healthy. But What Sounds Too Good …

by Sarah Gleim Dec 15, 2015
Why the explosion in chocolate on the cereal aisle? It may not have to do with kids... Indigolotos/Thinkstock/Flickr Commons/Kellogg's/General Mills

Those of you who went cuckoo for Cocoa Puffs as children must have noticed the myriad of chocolate-laden cereals for adults that have been appearing on grocery store shelves. And the best part is that they say they're good for you!

Kellogg's Krave promises it's a good source of fiber and whole grain; Special K Chocolatey Delight also is full of fiber and whole grains plus iron, and with just 120 calories and 2 grams of fat per serving. Even Cheerio's, that finger-food staple for toddlers everywhere, jumped on the chocolate bandwagon and introduced Chocolate Cheerio's. They're heart healthy, cholesterol free and just 100 calories per serving.

But hold on now. Are we really talking nutritional information here or is this just clever marketing? How can a cereal loaded with chocolate still be healthy?

Let's look at the ingredients for Kellogg's Krave for example. The very first one listed, and thus the ingredient that makes up the highest percentage in the food, is sugar. And the "chocolate-flavored filling" is actually more sugar and oil than real chocolate, to help prevent it from melting. Sounds delish, right? Even the second ingredient listed is sugar; given that the total sugar per serving is 11 grams (that's just less than 3 teaspoons), that means 44 calories out of the total 120 calories per serving, or one-third per serving, is straight-up sugar. Healthy? Hardly.

So what gives? Why the misleading marketing to tout these chocolaty cereals as healthy? We know brands have been targeting kids for decades with sugary cereals via cartoon characters like Tony the Tiger, and Snap, Crackle and Pop. But adults and chocolate? Are we grown-ups so gullible? Marketers in the 1940s thought so, and tried to convince Americans that donuts were a good source of vitamins. Is history repeating itself?

This new appeal to grown chocoholics is because breakfast cereal is losing market share to foods like yogurt, breakfast bars and even fast food. And the cereals most affected are cold, sugary cereals – it's the only segment shrinking in the breakfast market, with sales dropping 7 percent between 2009 and 2013.

It's not just the U.S. industry that's trying to sell chocolate as a healthy option, as this European muesli shows.
MATHEISL/Getty Images

But new competition is just one factor blamed for the decline. Another major culprit? According to a study on breakfast cereal by research company Stealing Share, it's the perceived unhealthiness of cold packaged cereals, especially those in the sugar category.

And the younger demographic – the ones who were most likely to eat cereal – don't anymore because they want a breakfast food that is more convenient and easier to eat on the go.

That leaves adults as prime targets for buying cold cereals. After all, it's this generation that grew up on cold cereals like Cocoa Puffs. And when it comes down to it, it seems they're more likely to buy a "healthy" version of chocolate cereal like Fiber One Chocolate – which Serious Eats reviewer Leandra Palermo gushed over for tasting just like Cocoa Puffs – than actually buying the real thing.

'Star Wars': Everything We Know About the Planet Jakku (So Far)

The Year in Love, Relationships and Other Mushy Stuff 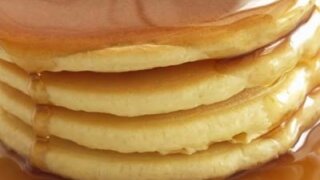 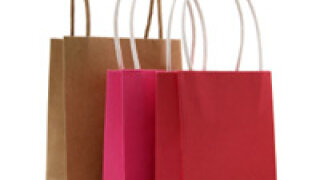