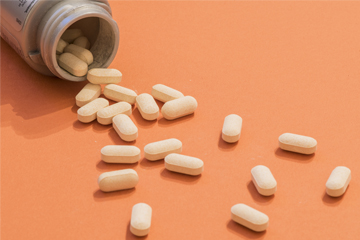 First things first: What the heck is dengue (DENG-gey) fever, and how do you get it?

The disease, which typically isn't fatal, is mostly found in tropical and sub-tropical areas. That makes sense when you consider that it's spread by mosquitoes. Rather than spreading from person to person, the disease makes its way around when a pesky mosquito bites a carrier of one of the four dengue viruses, then chomps on a healthy person. The vast majority of cases reported in the continental United States have been among travelers or immigrants.

Despite being a relative newcomer — dengue fever has been a serious problem only since the 1950s — about 400 million people are infected each year [source: CDC].

Some cases are so mild that patients don't experience any symptoms. However, if you do have symptoms, they usually surface four to 10 days after a bite from an infected mosquito. Look out for the following issues [source: CDC]:

If you develop any of these symptoms and have recently visited a region where dengue fever is known to occur, visit a doctor as soon as possible. If you catch dengue fever more than once (which you can because, remember, there are four types of dengue viruses lurking out there), each subsequent infection can increase your chances of developing dengue hemorrhagic fever, a separate and more severe version of the disease that can cause serious bleeding, shock and possibly death.

As of this writing, there is no vaccine or cure for dengue fever, so the best way to stop it is through prevention. Mosquito nets, repellent and the reduction of mosquito breeding grounds are the most efficient ways to cut down on dengue fever outbreaks.

Once someone contracts dengue fever, there are only a few ways for medical professionals to treat it [source: CDC]:

While most people recover in about a week, more serious symptoms may result in hospitalization.

However, there's been some interesting talk recently about the treatment and prevention of dengue fever. We're not talking miracle drugs, either. Many people are claiming you can prevent and treat dengue fever with something easy to find that naturally occurs in the foods you eat or supplements you take: vitamin C.

Could it be that easy? Is there legitimate science behind this claim? 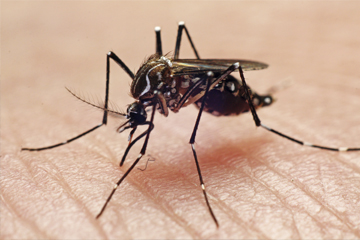 Dengue can't be spread from person to person -- only via mosquitoes that bite an infected person and then go on to bite a healthy person.
John Lawson, Belhaven/Getty Images

First, we need to understand how vitamin C works in the immune system.

Also known as ascorbic acid, vitamin C has several roles in the body. It assists in the repair, growth and development of body tissues. It also helps absorb iron, heal wounds, and maintain the health of your bones, cartilage and teeth. And vitamin C feeds the immune system by boosting antibody and white blood cell production.

Vitamin C also increases levels of interferon [source: Avery]. Interferon is a protein our cells create to defend against — or, as the name suggests, interfere with — viruses and disease. It inhibits further production of a virus or foreign substance and can stop an infection from progressing. Studies have shown that injecting interferon directly into cells can indeed protect against the dengue virus by stopping it in its tracks [source: Diamond and Harris].

For the past few years, homeopaths, or alternative-medicine practitioners, have been talking about a link between vitamin C and curing dengue fever.

In theory, it may seem that because vitamin C increases interferon, and interferon can inhibit dengue fever's progress, it could cure the disease. However, it's important to remember that, so far, this is just a theory.

Some believe that vitamin C helps raise platelet counts, which decline during a bout with dengue fever. Homeopaths advise taking supplements in addition to eating vitamin C- and antioxidant-heavy foods such as acai berries, oranges, blueberries and tomatoes. However, there are no studies validated by multiple sources to support this theory, and no studies exist proving that any specific foods can raise platelet counts.

Nevertheless, some naturopaths advise taking 500 milligrams of vitamin C six times a day for treatment and prevention and to enhance production of interferon [source: Carahealth]. A word of warning: This dosage equals 3,000 mg of vitamin C a day, which is 1,000 mg above the upper recommended daily limit. According to the Mayo Clinic, the recommended daily amount (RDA) of vitamin C for adults is 65 to 90 mg a day, and most people can get that through a healthy diet.

You can't overdose on vitamin C because any excess is expelled through your urine. However, you can suffer side effects, including:

Most of the claims of vitamin C being a "miracle cure" for anything from the flu to viruses to cancer come from the work of Linus Pauling [source: Offit]. Pauling was a noted chemist who won the Nobel Prize in 1954 for his revolutionary work on chemical bonds. He published a book in 1971 called "Vitamin C and the Common Cold," a best-seller that's still quoted to this day despite studies that have shown potential dangers in taking supplements.

However, dozens of scientific and medical studies have shown no evidence that vitamin C cures any of these — and that they can even be harmful [source: Offit]. Further, the U.S. Food and Drug Administration, American Medical Association, Department of Health and Human Services, and many other groups do not recommend taking vitamin C for the prevention and treatment of colds — or dengue fever, for that matter.

Are there hormones in milk?
The Case for and Against Taking Fish Oil Pills
Are humans built to drink milk as adults?