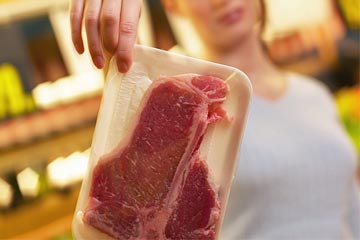 There are many -- and some debated -- causes of why our bodies smell good or bad. While most common body odor is caused by the normal presence of bacteria on our skin metabolizing the sugars and proteins in our sweat, some of our favorite foods may be the culprit behind odor as well. You smell like what you eat.

Garlic and onions probably come first to mind. It's the volatile sulfurous substances, including one called allicin, in garlic and onions that cause their odor to linger on for hours after we eat them. Mint and tumeric also contain volatile compounds that our bodies release through our sweat. These compounds are absorbed into our blood and our lungs after digestion, giving us not only bad body odor but bad breath as well. Other foods can contribute to body odor, including:

There's a good chance that if the food has a pungent odor before you eat it, your pores will secrete the smell of that food after you eat it.

And this may surprise you: Red meat can contribute to body odor, too. A study published in the journal Chemical Senses found that subjects on a vegetarian diet were perceived to have a more pleasant, more attractive and less intense body odor than subjects who ate meat.

In addition to specific compounds found in the foods we eat, spicy foods can also contribute to body odor. It's not necessarily the spicy food itself that's the cause. Instead, spicy foods increase our body temperature, which in turn increases the amount of sweat we produce. More sweat on our skin means more food for the friendly bacteria that make their home there. When bacteria break down sweat, it gives off an odor -- the more available sweat, the greater the body odor.

What is hyperhidrosis?
What do men find attractive about a woman's smell?
Men: "Play It Safe' With Your Skin