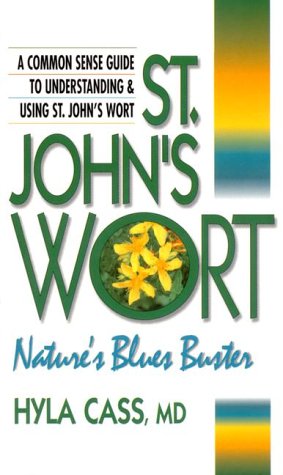 Many books have been written about St. John's wort
Photo courtesy Amazon.com

The active therapeutic ingredients in St. John's wort are hypericin, pseudohypericin and xanthones, although other components may support the action of these compounds. St. John's wort extract preparations are standardized to 0.3 percent hypericin. The typical adult dosage is 300 milligrams taken three times a day, and that means that a person taking St. John's wort gets 2.7 milligrams of hypericin a day.

It is not clear how St. John's wort works to treat depression. Most likely, hypericin helps to elevate the biochemicals in the brain that affect mood, namely dopamine and serotonin, and to reduce adrenal activity, which is increased in depression. St. John's wort has side effects, too. The most common are light-sensitivity, dry mouth, stomach irritations, dizziness and tiredness.

Several small European studies have suggested that St. John's wort is useful in treating mild to moderately severe depression. However, the NIH reports that some experts who reviewed those studies found certain limitations to the investigation and feel that more stringent trials are necessary. Therefore, clinical trial studies are under way in the United States to determine just how effective St. John's wort is for treating depression.

According to findings published in an April, 2002 issue of the Journal of the American Medical Association (JAMA), St. John's wort proved no more effective in treating major depression of a moderate severity than a placebo. A randomized, controlled trial was conducted to find the effect of Hypericum perforatum (St. John's wort) on major depressive disorder.

Because St. John's wort is marketed as a dietary supplement, it is not regulated by the U.S. Food and Drug Administration. Any use of this substance should be done under a doctor's supervision.

For more information on St. John's wort and related topics, check out the links below. 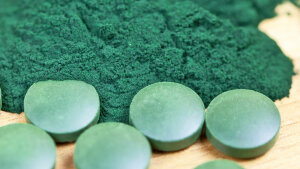 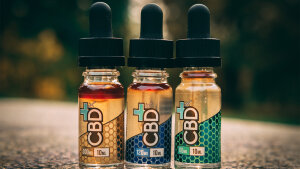