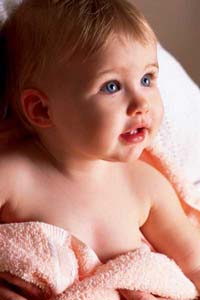 ©2007 Publications International, Ltd. About 18 percent of children between two and six years of age are thumb-suckers.

It was cute when she was a baby, but now that your child has reached kindergarten age, you're starting to worry about her having her thumb in her mouth all the time. You feel embarrassed when you're out in public with her (What will the neighbors think?) and are concerned about what her peers will say in school.

You're not alone: Pediatricians estimate that somewhere in the neighborhood of 18 percent of children between the ages of two and six suck their thumbs. Why do they start? Various explanations have been suggested, but most experts agree that thumb sucking calms and comforts the child.

Pediatricians have observed that the phenomena only occurs in western culture, within industrialized societies where children generally begin to spend their time physically separate from their mothers at a very early age. Thumb sucking is uncommon in cultures where mothers tend to hold their babies for long periods or otherwise keep them in physical contact with their bodies throughout their early years.

As you'll read in the tips that follow, most experts discourage parents from trying to stop a child's thumb sucking before the child demonstrates that he or she is ready to stop. If your child has reached that point, read the following home remedies.

If not, try to talk out your frustration with a friend or your spouse and wait a year or two before intervening.

Use a reward system. Pediatricians sometimes recommend a game-playing, reward-based system for helping kids stop sucking their thumbs. Try buying a calendar and placing it on the refrigerator. For each day you don't see the child sucking his or her thumb, you can put a smiley-face sticker on the day. At the end of a set period of time, say a month, you can offer a modest reward, such as a toy or dinner at the child's favorite restaurant.

Try ordeal therapy. How about trying a little reverse psychology? Point out to a thumb-sucking child that he or she isn't being fair to the other fingers -- so why not suck them, too? Give the child a timer and explain that it's important to suck all fingers for the same duration. Often, the child will grow so tired of the process that they quit thumb sucking altogether. The only problem with this type of approach is that kids are likely to see through it when it comes from a parent (they know the parent really wants them to stop altogether). If you suspect that this will be the case, a pediatrician or close friend of the family may be able to help.

Offer the child the option of thumb sucking in private. Consider your efforts a success if the child quits thumb sucking in front of you or in public. Don't worry, the relatively brief time a child can spend sucking on a thumb in private won't be long enough to cause other problems.

Never use negative reinforcement. If the child has a slip, it may be destructive to use a negative reward, such as placing a sad-faced sticker on a calendar date. Failure has a nasty way of perpetuating itself.

Try "reminder fluid." Although some doctors see it as cruel, others recommend the use of bad-tasting fluids that are put on the thumb to keep the child from putting it in his or her mouth. However, don't use this method as a punishment. Rather, stress the positive by telling the child that the fluid will help by serving as a reminder of his or her goal. As an alternative, parents can place a glove or mitten on the child's hand as a reminder to keep the thumb out of the mouth.

Start with the easy stuff, then move on. First, you might suggest that the child stop thumb sucking while in public, or some other time when he or she is most likely to comply. Then you can move on to the times when the habit is most ingrained, such as bedtime. You may want to double rewards if the child doesn't suck his or her thumb during the more challenging times.

Don't yell. Although you may feel frustrated when your child slides back into his or her thumb-sucking behavior, don't punish or yell at the child. You will only make him or her nervous and upset, which will probably lead to more thumb sucking.

Wait it out. You know what happens to most kids who suck their thumbs at four, five, or even six years of age? They stop. Parents often notice that children engage in the habit a bit less with each passing year, or perhaps only suck their thumbs at certain times, such as when they're tired or watching television. Pediatricians say that many children give up thumb sucking altogether by age six or seven because of peer pressure -- ribbing from friends and schoolmates shames them into stopping.

How serious is thumb sucking?  Can it be a sign of a more distressing problem?  Read the next section for more home remedies.

For more information about thumb sucking and how to combat it, try the following links: 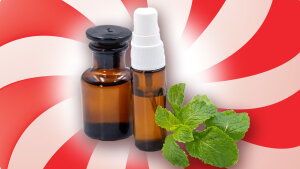 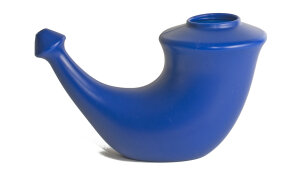