by Alia Hoyt Nov 12, 2019
When hot tea, a hat and a scarf aren't cutting it, try these tips for keeping warm in a frigid office. hoozone/Getty Images

Feel like you're always cold in the office? Join the frigid club, made up of legions of workers who are often stuck taking extra steps to maintain a comfortable temperature at work.

Although it seems like finding a satisfactory middle ground to keep everyone happy should be easy, science says otherwise. In fact, a 2015 study published in the journal Nature Climate Change found that the ideal temperature for men versus women is off by a significant margin, with women happiest at about 77 degrees Fahrenheit (25 degrees Celsius), while men prefer 71.6 degrees Fahrenheit (22 degrees Celsius). This discrepancy could be due to the fact that women typically have a lower resting metabolic rate than their male counterparts. As a result, they expend less energy/emit less heat when resting, say at a desk.

Regardless of the cause, no one wants to channel their inner Elsa from "Frozen" at work, so check out these tips to keep from turning into a human Popsicle.

Modern innovation has made office comfort that much easier. Carrie Aulenbacher, an executive administrative assistant in Erie, Pennsylvania, swears by a self-warming pad that she purchased from Chewy.com (hers is technically intended for pets). "The soft pad goes on your chair and is made of materials that reflect one's own body heat back to you," she says by email. "It's not electric and it's not going to cause you to be sweating in a freezing office, but it WILL make a difference that is discreet and inconspicuous!"

If that's not enough, consider picking up a space heater suitable for your office size. Just make sure that it's OK with the powers-that-be, because such appliances can be a fire hazard. Steve Adams, public relations coordinator with Maryland-based The Cyphers Agency is a big fan of his, noting that his boss realized that workers were not their happiest under cold conditions, so he "solved the issue by providing all of us with a budget for a space heater and blanket, if we wished to purchase one, and things have been smooth sailing ever since!"

Or, if chilly fingertips drive you crazy, try out this affordable heated computer mouse.

Getting the heart pumping, even if just for a minute or so, will help to ward off the cold. If you just can't take it anymore, stand up to stretch, jog in place or do a few jumping jacks to regain a comfortable temperature. As a bonus, it's good for your body to take a break from sitting every once in a while!

3. Step Up Your Outerwear Game

If the extra blanket or jacket isn't cutting it, take your outerwear game up a notch. Maria Gath, an intern with Oregon-based Midtown Marketing Group was gifted TheGameBag by a friend. Shaped like a bag and originally intended for use at outdoor stadiums, the user can easily step into the bag and zip it up. "Its interior is a soft and comfortable medium weight industrial fleece designed to create a greater level of warmth, comfort and security," Gath says via email. "The interior base of TheGameBag is vinyl-lined, allowing the user to keep his footwear on while in use."

If you want to go really next level, though, try some OROS outerwear, insulated with the same technology that NASA uses on space shuttles. "Aerogel was used to keep things warm in Space, where it is minus 455 F [minus 270 C]. So, we figured, since aerogel performs so well in space, we'd bring the tech down to Earth," explains Michael Markesbery, co-founder and CEO of OROS in an email. The technology keeps you warm "without the bulk or layers," he adds.

Eating enough can help keep the cold at bay. "The more you eat, the more your digestive system will need to work and the more your body core temperature will rise as a result," explains Jamie Bacharach, licensed acupuncturist, diet and health coach at the Acupuncture Jerusalem Clinic by email. "If you're feeling cold and haven't eaten all day, grab lunch to give yourself an energy boost and get your internal gears moving and warm."

In particular, Bacharach suggests snacking on apples, the peels of which contain ursolic acid, which increases levels of so-called "brown fat," both of which facilitate energy expenditure, helping to raise body temperature and even fight obesity. "Unlike white fat, brown fat can increase your tolerance for cold, even in a pinch," she says. "So, make sure you've got apples near at hand, they may do more than keep the doctor away."

5. Handle This With Kid Gloves

All the sweaters in the world won't protect your fingers. You might be tempted to wear a pair of gloves in the office. But they make it awkward to type. Dave Leonhardt, president of THGM Writers has a solution. "I keep a pair of tiny knit gloves on hand. They are actually kids- size gloves, so my fingers barely fit in ... which means they are really tight on my fingers, so I can still type and write and do almost anything I can do with naked fingers," he emails.

Another Dave, Dave Bowden who runs the men's style website, IrreverentGent.com, took some dollar store lightweight cotton gloves and cut off the fingertips. "It worked like a charm," he emails. "I could hammer away at the keyboard without my hands going numb (what a novelty, right?)."

It's also not unusual for the lower extremities to suffer extra since they're under the desk most of the day. Aulenbacher routinely wears pantyhose underneath her slacks in the office. "With socks and loafers, this was totally hidden but often kept me warmer without bulky sweaters," she says.

Since most men don't don pantyhose, a quality sock can make the difference. "The best thing for men to do to combat this is to wear a quality pair of merino wool over the calf dress socks," explains Nathan James with Boardroom Socks in an email. "Unlike cotton, which retains moisture, merino wool breathes to pull moisture away from the skin, keeping you dry and warm. An over the calf style sock covers a greater portion of a man's leg, thus offering added warmth."

HowStuffWorks earns a small affiliate commission when you purchase through links on our site.

Now That's Cool
Most people who feel cold all the time are just temperature sensitive, but sometimes something's up. A few medical reasons for cold sensitivity include hypothyroidism, anemia, Raynaud's syndrome, B12 deficiency and anorexia.

Here's Why Macadamia Nuts Are So Delicious and So Crazy Expensive

The Battle of the Big Cats: Maine Coon vs. Norwegian Forest 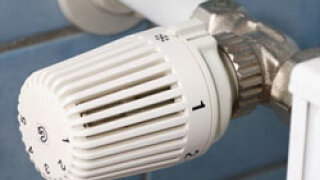 5 Ways to Lower Your Heating Bills This Winter 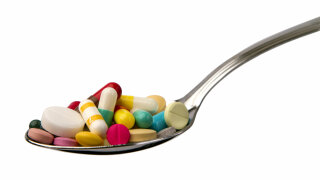 What vitamins stop you from being cold all the time? 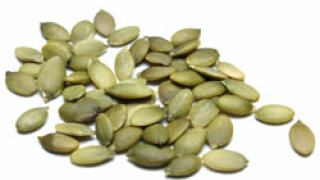