by Shelley Danzy Sep 28, 2017
You may want to turn that daily stroll into a brisk walk. Mark Horn/Getty Images

For many people, walking is a go-to exercise, as shown by the popularity of pedometers and apps that help folks get the recommended 10,000 steps a day. But walking speed isn't typically a topic of discussion. A new study shows that compared to brisk walkers, slow walkers may have a higher risk of heart-related death.

Cardiorespiratory fitness and muscle strength are important indicators of mortality risk. Considering this, researchers at the NIHR Leicester Biomedical Research Centre decided to study walking pace (a measure of cardiovascular health) and handgrip strength (a measure of overall muscle strength) to test their association with death due to heart disease, cancer or any cause (known in scientific circles as "all-cause mortality").

The researchers turned to UK Biobank, a health resource that gathers info on thousands of middle-aged adults for chronic disease analyses, for data. Between 2006 and 2010, they studied 420,707 men and women — initially cardiovascular disease- and cancer-free — who lived in England, Scotland and Wales.

Participants, whose average age was 56, described their usual walking pace as either slow, steady/average or brisk. The researchers also tested participants' handgrip strength using a dynamometer (a tool used for measuring mechanical force), and kept track of participants' body mass index (BMI), employment and number of medications, among other factors. In the six years after the data was collected, 8,598 participants had died, with 1,654 deaths caused by cardiovascular disease and 4,850 by cancer.

Handgrip strength didn't predict mortality risk in men and women consistently enough to be applied to the entire sample population, and associations between walking pace and cancer-related deaths were weak. But regardless of age, smoking status and gender, slower walking pace was linked to higher risks of all-cause and cardiovascular deaths across gender. And BMI was a defining change agent in the link between walking pace and mortality: Slow walkers with low BMI had more than twice the risk of all-cause and heart-related death than fast walkers with low BMI.

The team points out that the study has limitations, like the use of self-reporting and possible inclusion of participants with heart-related conditions than weren't accounted for. But heart disease is the world's No. 1 cause of death. So, whether you prefer morning moseying or an evening stroll, you might want to pick up the pace.

Now That's Interesting
Race walking is an Olympic sport. Some race walkers can even set a pace faster than runners' in marathons.

Boston, New York, Texas: The Origins of These and Other Great American Accents 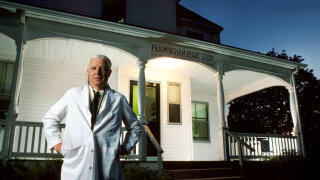 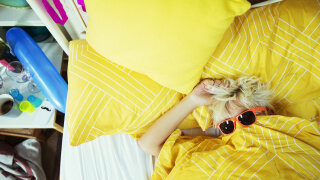 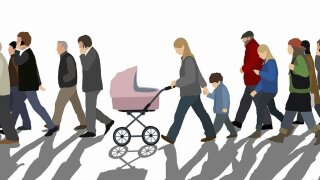 Your Walk Is So Distinct It Can Reveal Deep Personality Traits