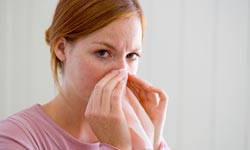 It's quite common, yet highly annoying -- a runny nose. Your nose drips when your nasal tissues and blood vessels produce excess fluid or mucus, according to the Mayo Clinic. This excess fluid also runs down the back of your throat in the dreaded post-nasal drip. Sometimes you'll have nasal congestion along with your runny nose, but not always.

Dozens of things can cause your nose to run, from a variety of allergies and illnesses to more serious conditions like a deviated septum. Certain medications, stress and even pregnancy can also cause a runny nose. Sometimes the condition indicates a life-threatening problem, especially if you've suffered a head injury or trauma to the brain.

So, how do you know if your runny nose means you've got a problem? In the past, it was thought that thin, clear mucus meant you weren't too sick, while thick, greenish-yellow mucus meant you should haul it to the doctor. That's not necessarily true. You can have clear mucus and be quite ill and colored mucus when you have a viral infection for which antibiotics won't help a bit. In general though, runny noses are a temporary condition and will clear up on their own.

Read on to learn about why your nose may be mimicking a leaky faucet. 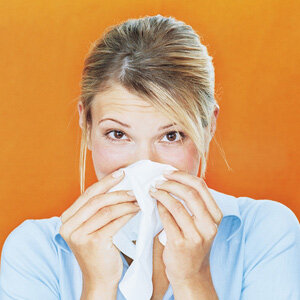