Can you die of a broken heart? 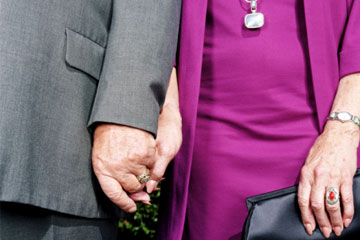 What happened to an older woman named Dorothy Lee wasn't all that unusual. In 2010, The Wall Street Journal reported that after learning her husband of 40 years had died suddenly in a car accident, Lee started getting chest pains reminiscent of an impending heart attack [source: Winslow]. It was as though her body was revolting against the unexpected loss.

When a long-time spouse dies, it isn't that uncommon for potentially life-threatening health problems to arise in his or her partner soon afterward, or for chronic conditions to take a grave turn. In fact, anecdotal evidence cites husbands and wives who inexplicably die within weeks, or even days, of each other, and empirical studies have supported that phenomenon. Separate studies involving thousands of couples in Scotland and Israel concluded that the risk of death among widows and widowers surges anywhere from 30 to 50 percent during the first six months after their beloveds pass [source: Dahlstrom]. After that initial period of bereavement, the statistical risk of death diminishes [source: Martikainen and Valkonen].

This type of extreme mind-body connection appears to be more common when spousal death is unexpected -- as in the case of Dorothy Lee's husband -- and the surviving partner is ill-prepared to forge on alone. A 1996 study of 158,000 Finnish couples found the highest incidence rate of excess mortality, or statistically unforeseen death, correlated to the accidental, sudden passing of one spouse [source: Martikainen and Valkonen]. Medical doctors have attributed that pattern to chronic health problems, psychologists to grief-induced stress and social workers to lack of a support system. Romantics, meanwhile, might sum it up more sweetly as the byproduct of a broken heart -- and in some cases, they might not be so far from the truth.

At least, that's what Dorothy Lee experienced on the day her husband died. It turned out that her chest pains weren't the result of blocked arteries, but rather a condition called takotsubo cardiomyopathy, or broken heart syndrome. 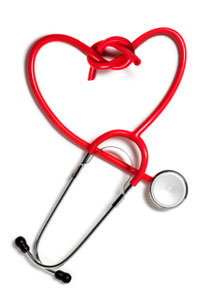 Japanese doctors first identified broken heart syndrome among five patients in the early 1990s. That cluster stood out among the 415 other heart attack victims they examined, since the five patients appeared to have no blocked arteries, the usual source of such incidences, and they recovered more quickly and easily than the rest of the study population [source: Dote et al]. Upon closer inspection, the Japanese physicians noticed the hearts' left ventricles had ballooned, resembling a takotsubo, or pot used for catching octopi [source: Derrick]. That swelling exerted additional pressure on the heart, which explained the temporary heart attack-like symptoms. In 2005, two additional studies on takotsubo cardiomyopathy linked these types of faux heart attacks to extreme emotional states of grief, anxiety and stress, which helped earn the condition its Shakespearean nickname.

Broken heart syndrome is just one rare example of how heartache can affect our health. Even in minor doses, the sting of rejection and loss doesn't reside solely in the mind but literally travels throughout the body. The brain processes it as a form of physical discomfort and also triggers the inflammatory stress responses that might cause our palms to sweat, hearts to race and breathing to quicken [source: Hendrick]. Brain imaging technology, for instance, has revealed that the neurological pathways stimulated by the heartache of being dumped and the pain of a bare hand holding a piping hot cup of coffee are identical [source: McMillan]. As a result, breakups have also been known to incite a host of ailments, including asthma attacks, insomnia, flu and shingles [source: Nelson].

Although parting ways with a romantic partner isn't necessarily a precursor for broken heart syndrome, extreme stress can aggravate the heart. In response to stress, the body releases catecholamines, or hormones produced in the adrenal glands that prompt our self-protective "fight or flight" reaction. Doctors suspect that a flood of epinephrine and norepinephrine (aka adrenaline and noradrenaline) briefly disable the heart's muscular cells and slow its pumping functions down to crawl, similar to a heart attack [source: Winslow]. Once the condition is correctly diagnosed, patients generally recover -- sometimes with the assistance of aspirin and other mild medications to regulate blood circulation -- in roughly a week [source: HealthDay]. What medical researchers haven't figured out yet, however, is why women's hearts tend to "break" more often than men's. 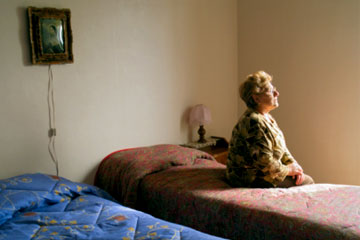 Broken heart syndrome is a relatively rare condition, affecting between 1 and 2 percent of all patients who undergo cardiac catheterization, a diagnostic test for heart problems [source: Pope]. In 2007, 89 percent of the 6,230 nationwide reported cases of takotsubo cardiomyopathy were attributed to female patients, and according to 2011 research presented to the American Heart Association, women over 55 are 2.9 times more likely to develop it than younger females [source: HealthDay]. Whether women simply respond more severely to extreme stress or if postmenopausal estrogen levels are determining factors in its preponderance among female patients remains unanswered.

The theory that women don't withstand trauma or stress as well as men doesn't hold much water when reanalyzing the range of broken heart syndrome triggers. It turns out that the condition, probably thanks to its catchy nickname, has been overblown in media reports. Certainly, there have been cases of left ventricles rebelling in response to death and funerals, but it's more often related to physical dysfunctions, including stroke, acute respiratory failure, burn injuries and poisoning [source: Derrick]. Data from Johns Hopkins University found correlations between emotional loss and broken heart syndrome in only 40 percent of affected patients [source: Winslow].

Studies of long-term spouses dying in quick succession also contradict the notion that females are biologically less fit to cope with loss. Statistically, widowers are more likely to succumb following their wives' deaths, whereas widows tend to press on longer [source: Martikainen and Valkonen].

For all of its doom and gloom, there is a silver lining to broken heart syndrome: It's seldom fatal. Although heart complications occur in approximately 19 percent of cases, the mortality rate for broken heart syndrome rests between 1 and 3 percent [source: Derrick]. As noted on the previous page, an expanded left ventricle will typically return to its normal size, as in the case of Dorothy Lee, and patients often reach full recovery in as little as a week -- not unlike the metaphorical broken heart that in time, though scarred, will heal.

10 Off-label Uses of Antidepressants
Can optimism make you healthier?
How Therapeutic Hypothermia Works