The Curious Ability to Detect Disease by Smell

You smell — and it's perfectly natural. Each person's scent is part-and-parcel of their biological makeup. It acts as a unique identifier and offers clues about a person's physical or mental health.

As our host Ben Bowlin explains in the BrainStuff video above, diabetes, for example, can make a person's body smell like rotten apples, while typhoid fever has the odor of baked bread. Yellow fever smells like a butcher shop, liver disease causes the breath to smell fishy and schizophrenia has the odor of the over-ripened fruit.

These smells all have to do with the way a diseased cell metabolizes. A diseased cell releases different chemicals — volatile organic compounds (VOCs) — than a healthy cell. As these compounds change, so do the smells that emanate from the body, especially the sweat, blood, breath and urine. A Swedish study recently found that the immune system's response to certain diseases can also produce scents.

The smells of disease aren't a new discovery. It's believed that Hippocrates used smell to diagnose ailments as he sniffed people's breath and urine. And he probably wasn't the first. The ability to smell something has probably been an important evolutionary skill for ages, helping our animal ancestors and modern humans alike steer clear of diseased mates.

The real news is that we're beginning to discover just how powerful this sense of smell is when it comes to sniffing out disease. For example, a woman in Scotland noticed her husband's body odor was changing, becoming increasingly musky as his Parkinson's disease progressed. Scientists at Edinburgh University put her nose to the test, asking her to identify whether a variety of test subjects had Parkinson's. She identified 12 people as having the disease — 11 who were confirmed at the time, and a twelfth who developed Parkinson's eight months later — leading to a 100 percent success rate.

If some people can do such an astounding job of identifying disease based on smell, just think what canines can do. A dog's sense of smell could be as much as 100,000 times more acute than yours or mine. Dogs have been trained to detect blood sugar fluctuations, the onset of seizures and other adverse medical conditions. And they seem to be especially good at detecting prostate cancer.

Several studies conducted by High Wycombe Hospital found that, out of 900 samples, dogs were able to correctly identify prostate cancer 98 percent of the time. The dogs were even able to tell the difference between prostate cancer and other types of cancer. And a recent Scientific Reports study showed mice were able to detect Alzheimer's by the scent of urine.

In the future, the training and natural instincts of these four- and six-legged finders could be channeled into a machine with extraordinary olfactory senses. A pocket-sized radio device called Cyranose (clearly, a nod to Edmond Rostand's play "Cyrano de Bergerac") takes in gas, analyzes it for certain VOCs and diagnoses certain conditions like pneumonia or sinusitis.

Now That's Interesting
Disease can have a smell, but it can also affect how you smell. Research from 2014 found that 50 percent of the Lyme disease patients in the study reported a heightened sense of smell. 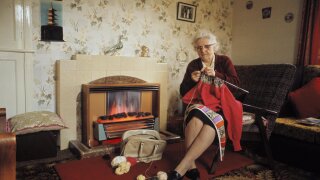 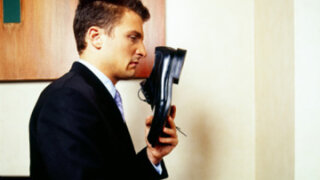 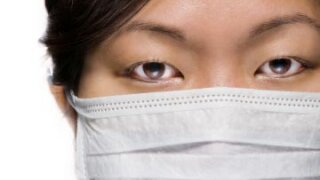