Why Do Men Have Nipples?

Browse the article Why Do Men Have Nipples? 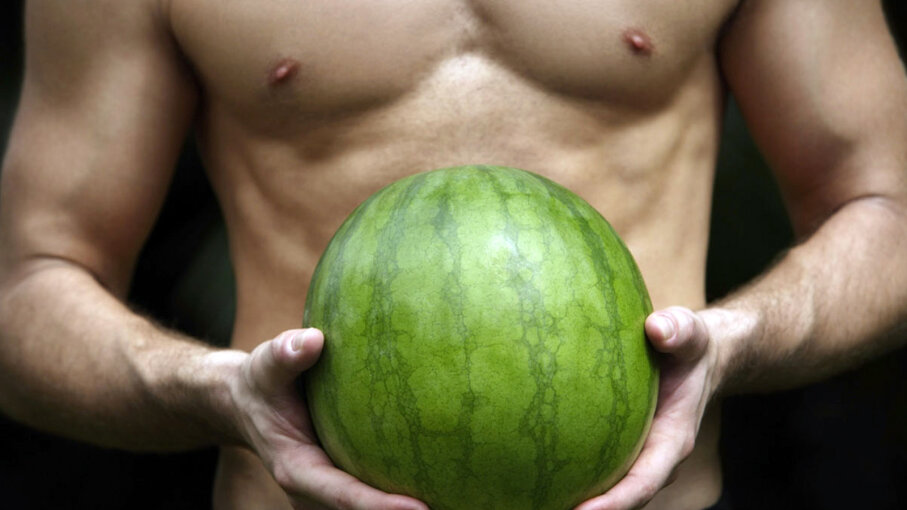 The simplest explanation for men having nipples is that all human embryos start out with them. Asia Images/Getty Images

Male mice could be considered more highly evolved, so to speak, than human males in one anatomical regard: nipples. Whereas men develop a pair of nipples — and sometimes more — that serves little purpose other than offering topographical variety on the chest, male mice exit the womb with no such markings, their furry bellies smooth and nipple-free. Alongside stallions and male platypuses, mice are among a small cluster of mammalian species that don't go ahead and sprout nipples as though in symbolic solidarity with their female kin [source: McCarthy].

During early pregnancy, both male and female mice embryos form mammary tissue, the foundational tissue that becomes the full-fledged nipples, nerves and glands that later facilitate female milk production. In 1999, Yale University researchers published a study identifying the protein responsible for lobbing off those nipple precursors in male mice. A few days after mice mammary tissue starts to form, it produces a protein known as PTHrP. In male mice, PTHrP signals the mammary cells to form male hormone receptors, and those hormones effectively destroy the tissue, leaving the he-rodents nipple-less [source: Lawrence].

Male humans meanwhile undergo a similar embryonic process, minus the mammary tissue takedown. After three or four weeks, all embryos develop parallel mammary ridges called milk lines before the 23rd chromosomes, XX or XY, have a chance to tinker with sexual dimorphisms, or physical traits that distinguish biological males from females. As fetuses grow, those milk lines that extend from the top of the chest to the lower abdomen recede and typically leave behind a pair of nipples, along with milk-producing glands called lobules, ducts and the fatty tissue in between [source: Adams]. Without a protein like PTHrP stepping into action to trigger hormonal roadblocks as it does in mice, human embryos, male and female alike, are given the same set of internal plumbing in the breast region. Then, during puberty, estrogen in girls spurs breast tissue and mammary gland development.

Therefore, the simplest explanation for men having nipples is that all human embryos start out with them, and evolution didn't get around to selecting against their existence on the male bust. Since nipples and healthy breast development are so closely linked with female reproductive success, evolutionary biologists suppose that the adaptive pressure to wean out male nipples wasn't strong enough [source: Simons].

And though the purpose of male nipples rarely extends beyond the decorative, to lump them with the appendix, wisdom teeth and other vestigial anatomy would be a technical mistake. How could, after all, men's nipples be relegated to the evolutionary rubbish bin when they can -- oh, yes, they can — produce milk? 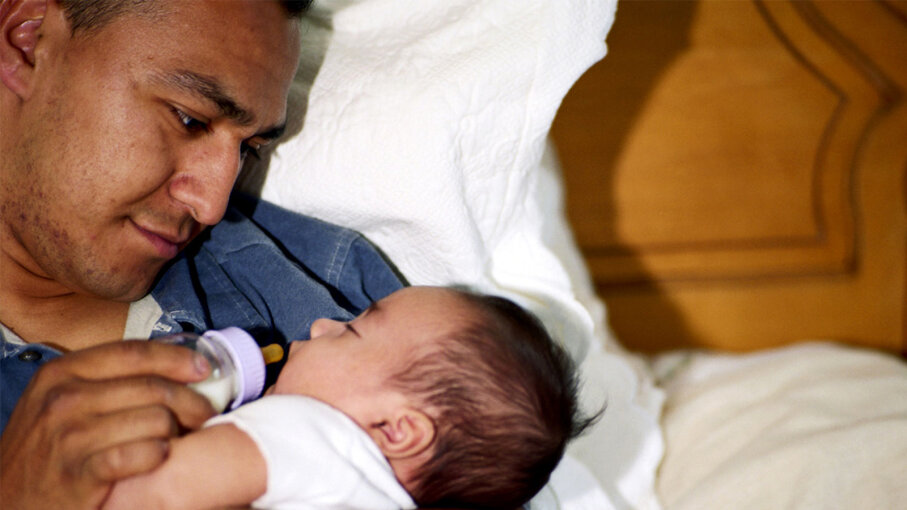 Could dad trade in that bottle for a breast? Caroline Woodham/Getty Images

The possibility of male lactation may not seem as far-fetched as one might at first expect, since it can happen soon after a baby boy exits the womb. The hormone prolactin, which facilitates breast milk production in new mothers, can pass from the placenta to into an infant's body. After birth, that in utero prolactin bath can cause a newborn to spontaneously lactate whether it's a boy or a girl, as both are bestowed the same breast anatomy during fetal development. This nursery phenomenon is referred to as witch's milk and often stops after a couple weeks [source: Kaneshiro].

Out-of-the-blue milk-making later in a man's life might be more of a cause for alarm, however. Rarer than witch's milk, galactorrhea, or spontaneous lactation, in men often traces back to a testosterone deficiency instead of a prolactin overdose [source: Mayo Clinic]. But while modern doctors might see galactorrhea as result of a hormone imbalance, the evolutionary pioneer Charles Darwin might have suggested that a case of galactorrhea was merely evidence of bygone ancestral habits. As outlined in his 1871 thesis "The Descent of Man," Darwin presumed that early man, ably outfitted with mammary glands, divvied up breastfeeding duties with the women [source: Thomsen].

Anecdotal evidence also proves that while it doesn't happen very often, modern men can lactate and even breastfeed under similar hormonal influences as female lactation. In women, pregnancy provokes the pituitary gland to ramp up prolactin production by 10 times its normal amount, which in turn prompts the lobules (milk-producing glands) to get to work [source: Thomsen]. That same domino effect can occur from the male brain-to-breast even though it lacks the pregnancy-mediated prolactin surge, and there are far fewer lobules for the hormone to fuel. Cuddling and spending time with babies has been shown to increase the amount of prolactin in dads' bloodstreams, while tamping down on testosterone levels. Combine that hormonal reaction with the physical stimulus of a suckling infant, and a male breast could very well yield milk. Scientists point to that physiological possibility as the reason why men in an African pygmy tribe, the Aka, have been documented breastfeeding their children [source: Moorehead]. In 2002, a Sri Lankan father of two also made headlines for breastfeeding his daughters after his wife died [source: Swaminathan].

Male breastfeeding may raise eyebrows and stoke controversy about gender roles and caregiving, but ultimately the male breast anatomy poses more of a health risk than an atypical health additive for infants. While much less common than in women, breast cancer does affect thousands of men; in 2012, for instance, nearly 2,220 American men were diagnosed with the condition that tends to attack the milk-producing lobules and ducts [source: National Cancer Institute]. That prevalence rate is high enough that some scientists consider male nipples and their underlying glandular network an adaptive flaw [source: Swaminathan]. If, like mice, the male nipple was nipped in the bud before birth, they wouldn't pose any potential problems or perplexing evolutionary questions about why they've stuck around for so long.

Who gets the extra nipples?

It isn't uncommon for people to be born with supernumerary, or extra, nipples that are leftover from embryonic milk lines. By one count, the incidence rate of extra nipples is one out of every 40 newborn babies [source: Mimouni, Merlob and Reisner]. Typically, these bonus nipples also are more likely to show up on men and on the left side of the body [source: Schmidt].

Author's Note: Why Do Men Have Nipples

It's well established that Barbie isn't exactly designed according to naturally occurring female measurements. Her chiseled boyfriend Ken isn't a perfect chip off the ol' human male block, either. Sure, his abs of steel (or plastic, rather) are achievable via Malibu-caliber diets and exercise, but no gym rat will ever be able to sculpt pectorals quite that smooth since Ken -- and Barbie, too, for that matter -- has no nipples. But that doesn't imply that Ken is somehow less of a (fake) man for not having them. Evolutionary biologists have long puzzled over why male nipples have hung around the male chest for so long considering the minimal purpose they serve, aside from offering another enticing spot for a body piercing. Some consider them useless enough to qualify as vestigial anatomy. And in that light, when you think about it, nipple-less, wisdom-teeth-free and appendix-absent Ken could be the model of a future, more highly evolved man. That said, he would also be a man unable to reproduce and pass along that hunky musculature, Ken's ultimate Achilles heel.