Farts: hilarious. But there’s also some pretty mind-melting science to the gas that gives you laughs.
©furtaev/iStock

Flatulence makes us laugh -- and cry, depending on our proximity to the smelly performance. We love surprise whoopee cushions and blowing raspberries, and because of "Despicable Me 2" the Fart Blaster was one of the hottest toys of 2013. There's even a man on YouTube who has clocked his own fart at more than three minutes long; I repeat, three minutes long. That rivals 19th-century entertainer Joseph Pugol, who could (and would) toot gassy tunes from center stage at his Moulin Rouge audience.

You might want a front row seat to the show, because that foul flatulence actually contains a compound that might be good for you, as a way to possibly treat health problems including arthritis, diabetes, heart failure and stroke by preventing mitochondrial damage [source: University of Exeter]. And you thought the smell was only there for embarrassment. Read on for 10 more facts about your flatus (gas), including who's really to blame for your farts.

10: Intestinal Bacteria Are Actually the Ones Doing the Farting

Stop blaming the dog. It’s your gut bacteria doing all that farting.
©Ugreen/iStock

You have 37.2 trillion cells in your body and if you think that sounds like a lot, your body also is home to more than 10 times that amount of one-celled microbes (bacteria and yeast). A large percentage of those live in your digestive tract [source: Strippoli, LiveScience]. Clostridium, E. coli, Klebsiella; these microorganisms, for example, among others, are part of the intestinal flora living in your colon. And there they hang out, dining on the undigested food that ends up in the lower intestines. The gases that make up flatulence are the byproduct -- the waste product -- these microbes produce as they break down those carbohydrates in your colon. Go ahead and blame your farts on them.

9: Most of Any Fart Is Odorless

Kale is loaded with nutrients, but it can also give you a foul-smelling case of gas.
©bhofack2/iStock

Only 1 percent of what makes up a fart is responsible for that fart's odor. As much as 99 percent of a fart is carbon dioxide, hydrogen, nitrogen, oxygen and methane. The exact makeup of your farts is personal, like a fingerprint -- the biology of a gut differs from person to person. But it's actually the small remainder of intestinal gas -- sulfurous gases -- that can really stink up a room. Hydrogen sulfide, for example, gives farts a sulfury, rotten egg odor, while flatulence that smells like rotting cabbage is likely caused by a build-up of methanethiol. Sweet-smelling farts? That's dimethyl sulfide to blame. [source: Kluger]. Diet matters when it comes to how stinky our farts are, and it's not just sulfur-containing foods such as cabbage and kale (although they don't help) -- a diet full of complex carbohydrates (fiber, sugar and starches) is a diet full of flatus.

8: Holding Gas in Isn't Really Bad for You

Holding in a belch or fart won’t really hurt you, but it could cause discomfort.
©Camrocker/iStock

You can't hold your gas in forever; it's going to come out whether you're ready for it or not. Perhaps as a belch or perhaps as a fart, but regardless of form, it will escape. And sometimes in close proximity to (gasp) other people. Should you go ahead and hold it in, or is it healthier to always let it out and blame the dog? It's unlikely holding your flatus in will hurt you; although, it will likely cause you some physical pain, bloating, abdominal discomfort (including dyspepsia) and heartburn (pyrosis).

Remember, if you're passing gas 14 times a day, so is everyone else.
©WilleeCole/iStock

You probably fart more during a 24-hour period than you think you do. Even if you're holding in a fart from time to time as you go through your day, you can't consciously deny your gas while you're sleeping -- and when you total it all up, including your nocturnal gas-passing, you may fart an average of 14 times per day.

In fact, it's pretty normal for one person to pass between one and four pints of gas (about an eighth to a half a gallon) in the course of just one day -- and that means we're all passing somewhere between 13 to 21 farts per day [source: Kluger, The Merck Manual].

6: Talking While Eating, Chewing Gum or Smoking Can Give You Gas

Gabbing while you nosh with friends? It could lead to gas after your meal.
©monkeybusinessimages/iStock

Flatulence is made up of five gases: carbon dioxide, hydrogen, oxygen and sometimes methane -- and when it's caused by excess air in the colon, you'll also find nitrogen in the mix. How, exactly, does excess air get into a colon? Well, you swallow it. Swallowing air causes flatulence, and good luck avoiding that while you talk or chew. The best you can do is chew slowly when eating (and especially when chewing gum) and avoid talking while you eat to keep excess air from building up in the stomach; whatever gas doesn't go up (belching) will go down into the colon, destined to become a fart.

Smoking, too, increases flatulence -- although the exact reason flatus is a side effect of smoking isn't known. Some theorize it's irritation in the GI tract that causes smokers to pass more gas than non-smokers, but the more common theory suggests it's all that air smokers swallow while smoking that's doing it.

Those little crystals that make life sweeter? Just one of the many things we eat that can lead to bloating and gas.
© Xristov/iStock

The foods we eat directly impact how frequent -- and how odorous -- our flatus will be.

Dairy products, for example, cause flatulence in people who don't produce enough lactase, an enzyme needed to digest milk sugars. Fructose (including high-fructose corn syrup), table sugar and artificial sweeteners such as sorbitol also all pass undigested through the digestive tract and can cause excessive gassiness upon reaching the colon.

If the body's digestive system can't easily absorb a food, the undigested food has time to ferment in the colon, and when that happens you've got gas -- smelly gas. While the foods that affect you may differ than those that affect others, at the heart of the fart you'll find carbohydrates -- that's fiber, starches and sugars -- are usually the major culprit.

Just what you wanted to hear: All those people on your flight are passing more gas than usual.
© CandyBoxImages/Thinkstock

We fart more when we fly. It's true -- and it has to do with the law of physics known as the ideal gas law.

High-altitude flatulence has to do with a change in atmospheric pressure and altitude. Airplane cabins are pressurized to be the equivalent to about an 8,000-feet altitude (which is a cruising altitude of about 565 mmHg) -- a significant pressure change for the human body, considering the pressure we're used to living on the ground is 760 mmHg. When the atmospheric pressure in the cabin decreases, the volume of intestinal gas in your bowels increases, and a greater volume of intestinal gas means you're going to pass more of it.

Remember: Half of the air in the airplane cabin is recirculated air, so break wind at the risk of your own (and your seatmate's) nose.

It’s not only cow farts that go up in flames.
© venturecx/iStock

On a German dairy farm, methane produced by the farts of 90 cows built up in a shed and, after a spark, caused a fire in 2014 [source: Kirschbaum]. Yes, farts really are flammable. And not just cow flatulence; human flatus is, too.

Flatulence is a combination of carbon dioxide, hydrogen, nitrogen, oxygen and methane. Two of these gases are flammable -- methane (did the cow story tip you off?) as well as hydrogen sulfide, which means, yes, technically you really can light your farts on fire. (But please don't.)

2: Hormone Fluctuations Can Give You Gas

It looks harmless in molecular model form, but estradiol – a form of estrogen – can wreak havoc on your digestive tract and cause a build-up of gas.
© Molekuul/iStock

Some women experience abdominal bloating (distention) and gas during their menstrual cycle, due to fluctuating hormone levels. Specifically, we're looking at you, ovarian hormones.

While fingers are usually pointed at progesterone as the hormone behind menstruation-related gastrointestinal problems, the inner lining of your stomach and small intestine contain estrogen receptors. Rising levels of estrogen have been found to mess with how well your GI tract does its job -- it slows things down, causing a build-up of air and gases in the intestinal tract, constipation and flatulence. (Testosterone does not seem to be linked to gassiness.)

Additionally, you'll find yourself farting more frequently if you develop problems with your pancreas, which produces the hormones and enzymes your body needs to properly break down the foods you eat.

1: There's Such a Thing as Odor-eating Underwear

Your undies could be your best friend in fighting embarrassing odors.
© rimglow/iStock

Intestinal gas deodorizing products -- odor-eating underwear -- were originally made for people suffering from digestive problems, such as Crohn's disease or food intolerances, or those who have undergone gastric bypass. But anyone can use them; if you're a high-tech tooter, consider a pair of flatulence-filtering underwear.

Odor-controlling underwear does just what you think it does; filters out odors -- and some claim to be able to filter out sulfur compounds with odors 200 times as strong as what your average fart smells like [source: Shreddies, Ltd.]. That's a pretty strong smell.

Most of these products are made with specially-designed activated carbon fiber fabric (others rely on ceramic particles, instead), although there are also activated charcoal-lined pads or panels . Briefs? Thong? Insert-only? It's all available, but keep in mind the more coverage the better: Briefs made with carbon fiber fabric are your best chance against even the smelliest of farts, while pads only seem to be good for filtering up to about 77 percent of those odors [source: Ohge].

Up Next
Farts Can Be Silent, But Can They Be Deadly, Too?
Maybe you've never even thought about it when you've smelled — or emitted — a particularly odoriferous fart. But can that fart spread disease?
Explore More

Of all the fascinating facts about farts I found, these two may have been my favorite: Each of those 13 to 21 daily farts may travel as fast as 10 feet per second, and the temperature of a newly formed fart is the same as your body temperature: 98.6 degrees Fahrenheit. You're welcome. 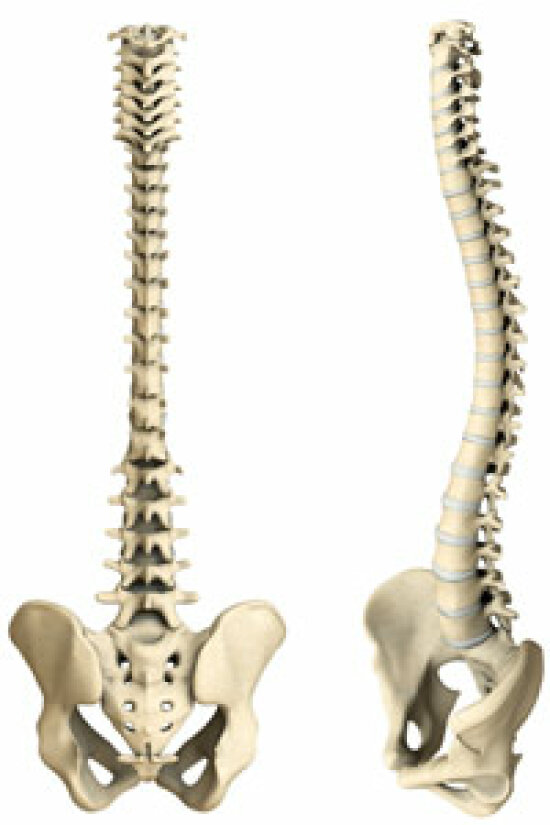 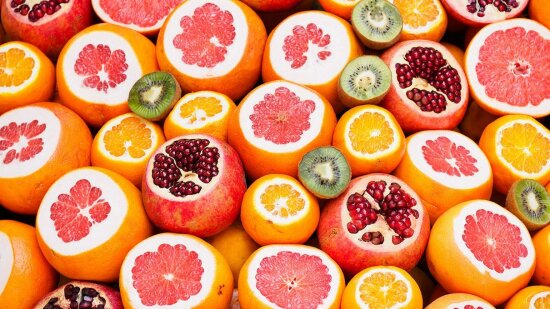 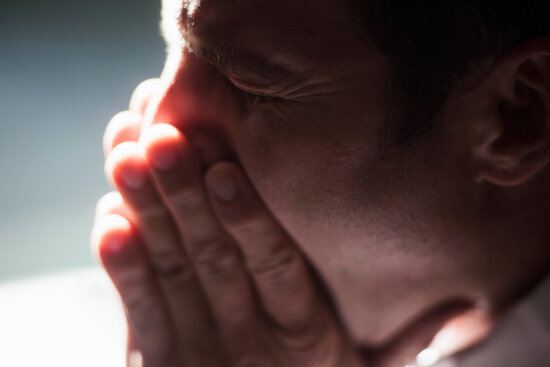