by Karen Kirkpatrick Jun 30, 2016
Make sure you look at your smartphone with both eyes. Blend Images/Getty Images

It's a common occurrence. You wake up in the night or early in the morning, reach for your smartphone, and take a look at what's happening in the world — maybe with one eye open and one still closed, perhaps buried in your pillow.

Now, imagine that just after you've checked in with friends, family and your stock portfolio, you switch off the phone and find that you're blind in the eye that's been focused on the phone. Have you had a stroke at the loss of dollars in your account? While that's a possibility, another phenomenon called transient smartphone blindness has just been identified.

According to a report in the New England Journal of Medicine, two women (a very small sampling, to be sure) have been diagnosed with what appears to be short-term blindness or impaired vision from looking at their smartphones in the dark with one eye.

The women had complained to their doctors of temporary blindness or impaired vision for months. A variety of medical tests revealed nothing to explain the problem and the women eventually sought help from a group of London eye specialists, who diagnosed the situation fairly quickly.

"I simply asked them, 'What exactly were you doing when this happened?'" Gordon Plant of Moorfield's Eye Hospital in London told an AP reporter.

He then took their answers and ran with them. "Detailed history taking revealed that symptoms occurred only after several minutes of viewing a smartphone screen, in the dark, while lying in bed," the report authors wrote.

Here's what researchers believe is happening. When a smartphone is viewed with one eye, while the other eye remains in the dark, the first eye becomes light-adapted, while the other stays dark-adapted. It's what's called a "differential bleaching of photopigment." Once both eyes are back in the dark, the light-adapted eye seems to go blind as it adjusts to match the dark-adapted eye. It's a process called scotopic (which means vision in dim light) recovery.

The temporary blindness is ultimately harmless, researchers believe, and easy to fix – in the dark, look at your smartphone with both eyes.

Now That's Interesting
This research comes on the heels of a number of studies about why looking at your smartphone just before trying to go sleep can keep you up all night long. Might be time to go back to old-school printed books.

Chatbot Delivers Justice, One Parking Ticket at a Time 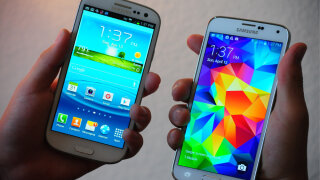 Put Those Phones Down, Concertgoers, or Apple May Do It for You 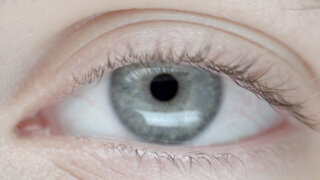 Fw:Thinking: 3 Ways We Could Restore Sight To The Blind