They say a rose is a rose is a rose. But if that rose is red, it might look brown or green to someone who is colorblind. At least until recently. The fix? A special pair of glasses.

So how do the glasses work? When we look around us, we "see" color when the red, green and blue color-sensing cones in our eyes translate light's varying wavelengths. But if some of our cones are malfunctioning, the light wavelengths that our eyes are absorbing will overlap more than normal, muddling color discrimination.

The glasses, created by a company called EnChroma, look like a pair of ordinary sunglasses and boost the saturation of the red and green light your eyes are absorbing through a special filter. This helps you "see" colors more distinctly, namely reds and greens. These glasses have been on the market since 2012 and other companies now offer their own versions of colorblind glasses.

"Folks who are colorblind ... do not see the world in black and white, but rather will interpret colors differently than those with normal color vision," explains Barrett Katz, professor of ophthalmology, neurology and neurosurgery at the Albert Einstein College of Medicine, via email.

Thus, someone with red-green colorblindness might see brown when we see red. That doesn't sound too debilitating. In fact, Katz says many people who are colorblind are totally unaware of their deficiency until it's uncovered through color vision testing or serendipity.

But other colorblind people feel it's a major handicap. Besides the stereotypical example of having trouble selecting a matching outfit, people who are colorblind may not notice they are getting sunburned, or be able to discriminate between a green banana and a ripe, yellow one. And it may be impossible for them to discern between red and green lights, which can be an issue when driving in traffic or trying to determine if a battery is fully charged or needs charging.

Colorblind folks also often see bland colors. This has numerous implications, from making a colorful salad dish look unappetizing to being unable to appreciate the splendor of a garden in full bloom. Thus, many colorblind people could benefit from a pair of special specs.

EnChroma's glasses do come with some caveats. They are not a cure for red-green colorblindness, just as donning a regular pair of prescription glasses doesn't cure one's nearsightedness. And results differ by person. They also are not recommended for use in color vision tests required for jobs that involve safety, such as those in aviation or public transportation.

While many colorblind people are thrilled with the glasses, some experts pooh-pooh them, saying they really don't work that well. Others, like California optometrist Joseph Heinrich, are more neutral on the specs. "If a patient likes what they see when they put on a pair of these glasses, it might be worth it for them," he says. "But since the lenses are dark, people who are looking at them won't be able to see their eyes. So, they probably wouldn't feel comfortable wearing them all the time."

Luckily, there may be an actual cure for colorblindness through gene therapy. Specifically, a patient may be able to receive properly functioning genes to color-responsive cells found in the retina. A 2009 test involving monkeys demonstrated the feasibility of this idea.

Now That's Interesting
During World War II, the military recruited color-deficient people because they could spot camouflaged objects more easily than those with normal color vision, says Barrett Katz, professor of ophthalmology, neurology and neurosurgery at the Albert Einstein College of Medicine. 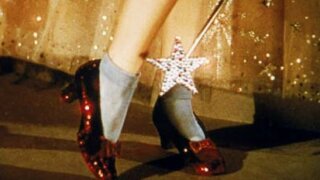 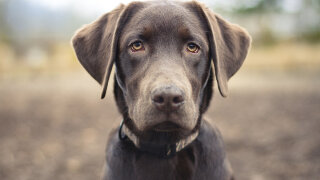 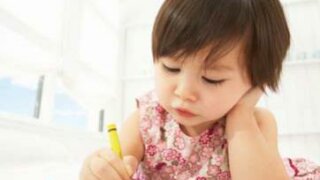