There's a myopia epidemic going on. In 1971-72, about 25 percent of Americans aged 12 to 54 were diagnosed with the disease that's also called nearsightedness. Today, some 40 to 50 percent of young Americans are receiving the same diagnosis. But that's nothing compared to Asian countries, where 80 to 90 percent of high school kids are now nearsighted. In Seoul, a chilling 96.5 percent of 19-year-old males are myopic.

Worse, by 2050, researchers say, 5 billion people will be wearing glasses to combat nearsightedness. That's more than half the people in the world. How did this happen so fast and to so many people?

While intuitively, you might think it has something to do with all that time we spend staring at the computer or at smartphones, it's not so cut-and-dried. The rise in nearsightedness started happening before the prevalence of those screens and has been studied at least since the 1960s.

The latest research reveals that the world's rising myopia rates stem from spending too much time indoors. Several studies, including one by the Ohio State University's College of Optometry and another by Australia's University of Technology in Sydney, show the less time children spend outdoors, the more likely they are to develop myopia. This could explain the much-higher myopia rates in Asian countries, where a stronger focus on education keeps kids indoors more hours than children living in the rest of the world.

"The progression of the number of myopic patients has risen too fast to be explained by genetics alone," says Dr. Adam Clarin, a Florida optometrist. "Unfortunately the data is not conclusive enough to determine what part of being outside is protective against myopia. Is it the sunlight, is it looking at distant objects, or is it something we're not even thinking about?"

The hypothesis gaining the most traction says that when the neurotransmitter dopamine is released into the retina, it prevents your eyeball from elongating and blurring your vision. And light is what stimulates the release of dopamine.

Nearsightedness is caused by an elongated eyeball. Normally, the light that flows into your eye is focused directly on the surface of the retina. But if your eyeball is a bit too stretched out, the lens will focus the light slightly in front of the retina instead, resulting in blurry vision.

Myopia, or nearsightedness, can be corrected with concave lenses to allow near objects to be brought into focus by the eye.
Encyclopaedia Britannica/UIG Via Getty Images

Normally, a pair of glasses or contact lenses is all that's needed to sharpen your vision. However, 20 percent of those with the condition have a heightened form called high myopia. People with high myopia are at risk for developing cataracts, glaucoma, torn or detached retinas and blindness.

Although no one knows how much time spent outdoors is enough to forestall myopia, one researcher at the Australian National University in Canberra estimated the amount at three or more hours per day. It's also possible strong indoor lights could help.

Researchers are still trying to determine the real fix for the myopia epidemic. "Other studies have shown that a low dose of atropine eye drops can also slow the progression of myopia. These studies are completely unrelated to the studies on being outdoors, so there's obviously more than one mechanism at play," says Clarin.

Hopefully, continuing research will shed some light on this growing problem. 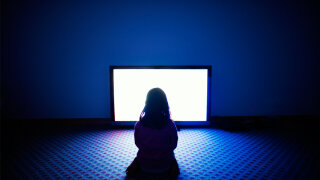 Is sitting too close to the TV really bad for your eyes? 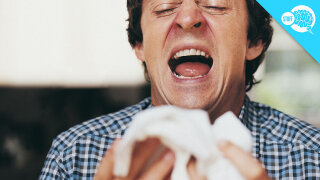 BrainStuff: Can Your Eyes Pop Out Of Your Head When You Sneeze?