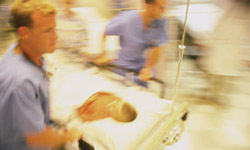 The good news is you made it to the emergency room in time to receive life-saving care. The bad news is you may now have an infectious disease. Do you know the risks?
Arthur Tilley/Photodisc/Getty Images

Most of us probably think of the emergency room as a place to get help, not a place to make your troubles worse -- and it's true that many lives are saved there. But there are risks to visiting an ER. In even the cleanest, most efficient hospitals, infectious diseases lurk in waiting rooms, procedure rooms and every space in between.

Recent data shows that health care-associated infections among children and adults in non-ICU (intensive care unit) areas of U.S. hospitals are as high as 1.2 million annually [source: Klevens, et al]. And the latest figures reveal that there are 99,000 deaths each year from these types of infections [source: DeNoon]. Because statistics take into account many different areas of hospitals, we know that infections developed in emergency rooms are only part of these figures. Still, the nature of emergency care -- rapid treatment of a cross-section of patients -- makes the ER an area of risk when it comes to infectious diseases.

On the following pages, you'll learn about the possible illnesses you can pick up in an emergency department. Just don't let this newfound knowledge deter you from visiting the ER if you're experiencing a life-threatening condition or injury. Seeking immediate treatment is always your best bet in such situations. And knowing what threats exist in a hospital might help you navigate your way through your visit more safely. Keep reading to find out more about these potential health hazards.

More than 8,000 people a year die from surgical site infections (SSIs) picked up in hospitals [source: Klevens, et al]. Fortunately, the risk of such a deadly illness doesn't usually impact ER visitors unless they require an emergency procedure such as a tracheotomy or having a chest tube inserted -- or perhaps a trip to the operating room. But because such measures are necessary at times, an SSI is something to be wary of if you or a loved one are admitted into an ER.

SSIs can crop up after a surgery in the area of the body where the procedure took place. Sometimes only the skin is affected, but in more dangerous cases, tissues, organs and implanted medical devices can become infected.

If you develop an SSI, early symptoms can include fever, redness and pain at the surgery site, and drainage of cloudy fluid from the wound where the surgical incision was made. If you notice any of these signs after your surgery, you should let your doctor know right away so that he or she can administer antibiotics.

You might be surprised by the next kind of health care-associated infection. See the next page to learn more.

If you're able to check ahead of time, find out if your hospital's rate of blood infections is below one infection per 1,000 catheter days. You should also learn whether the hospital takes part in the national effort to reduce health care-associated infections and whether it uses the Pronovost checklist for central-line catheters. If you're already in a hospital, make sure physicians and nurses are washing their hands when they enter your room. And if you have a catheter inserted, remember to ask each day if it's still necessary [source: DeNoon].

A urinary tract infection (UTI) probably doesn't sound like the kind of thing you'd pick up in an emergency setting, but it's a surprisingly frequent occurrence. In fact, UTIs are one of the most common health care-associated infections overall [source: Centers for Disease Control and Prevention].

A UTI can mean an infection in any part of the urinary tract -- kidneys, bladder, ureters or urethra. And the majority of these infections are caused by urinary catheters. Almost 25 percent of all hospitalized patients receive catheters, which put a large number of people at risk [source: Centers for Disease Control and Prevention]. Fortunately, ER patients aren't as likely to require catheters as people who are admitted for hospital stays. And in fact, health care educational campaigns aimed at emergency staff have sought to reduce the number of urinary catheter placements in ERs in order to reduce the incidences of UTIs [source: Gokula].

If you do contract a UTI from an ER visit, your doctor can prescribe antibiotics to help clear it up. But as you'll see on the next page, not all categories of infectious disease can be successfully treated with antibiotics.

Super bugs are far from super. They carry the moniker because, unlike typical bacteria, they are resistant to antibiotic treatments. MRSA (pronounced "mursa") is the most well-known of super bug infections. Its formal name is methicillin-resistant staphylococcus aureus, and it's a fairly easy disease to catch. Simply touching something an infected person has touched, like a door handle, is all it takes to pick up the infection.

MRSA first shows up as small, red bumps. But it becomes more serious if the infection spreads to deeper layers of skin. People with compromised immune systems are at highest risk of contracting the disease, but any person can come down with it. While many antibiotics won't cure MRSA, there are a few that are still effective. The best way to avoid this super bug is to wash your hands after touching any surface in the emergency room, and to make sure that the health care professionals treating you are also washing and sanitizing their hands.

You've probably heard about MRSA before now. There have been numerous stories and news reports about the infection. However, what you may not know is that there's another super bug lurking in hospitals, and it's about to pass MRSA as the most common antibiotic-resistant infection in health care facilities.

It's called Clostridium difficile (C. difficile), or "C. diff" for short. Whereas MRSA attacks the skin, C. diff goes for the digestive system where it sometimes causes deadly inflammation of the colon.

In a recent survey of community hospitals, researchers found that C. diff infection rates were 25 percent higher than those of MRSA [source: Warner]. With cases of this infection on the rise, hospitals are trying to get on top of the disease -- finding effective treatments, and educating the public and health care professionals on preventive measures.

Super bugs sound scary, but they still don't cause the most common infections in hospitals and emergency rooms.

The primary reason there are more bacterial infections resistant to antibiotics is because antibiotics have been overprescribed and improperly used for many decades. As a result, bacteria have been able to evolve and become resilient.

Central lines are very useful in health care settings. If you've ever been to an emergency room for a serious condition, or admitted into a hospital, you've probably had one placed. These tubes are inserted into a large vein -- usually in either the arm, neck or chest -- and they have a variety of potential jobs. A central line can serve as a pathway into the body for fluids, medications or blood. It can even allow a doctor to quickly perform certain tests.

If the physicians and nurses taking care of you follow these steps, they will greatly reduce your odds of contracting CLABSI. You can also take your own precautions by avoiding getting the insertion site wet or dirty, and by not allowing anyone with you to touch your central line or the site where it's inserted.

The estimated yearly deaths due to bloodstream infections are around 30,000 [source: Klevens, et al]. The only category of infectious diseases that wreaks more havoc in hospitals is the one on the next page.

Pneumonia is one of the most common infections picked up in hospitals. However, a lot of these cases crop up as a result of ventilator use. Along with ushering oxygen into a person's body, these machines can allow germs to creep in as well. To help reduce the odds of ventilator-associated pneumonia, health care providers should keep a patient's bed at a 30- to 45-degree angle, take patients off ventilators as soon as they're able to breathe on their own, clean the inside of a patient's mouth regularly, and wash and sanitize their hands before and after handling a patient's ventilator.

Fortunately, most ER patients don't require oxygen assistance. However, they're still at risk for respiratory infections -- particularly in winter months. Pneumonia is the No. 1 reason people are admitted to the hospital from the ER [source: Elixhauser, et al]. And viruses like the flu and common cold, which are also extremely contagious, are hanging around emergency rooms as well. These infections are easy to pick up just by sitting in a crowded waiting room. Doctors, nurses and hospital staff are also at risk for catching these illnesses because they come into contact with so many infected patients.

To protect yourself from contagious viruses, take advantage of the precautionary supplies hospitals have available. Ask for a facemask to wear while you're there. You should also make use of handwashing stations -- particularly after you've touched surfaces like door handles.

On the next page, we have lots more information about emergency rooms.

Getting Serious about Hospital Infections

Health care-associated infections are preventable, and now all 50 U.S. states, as well as Washington D.C. and Puerto Rico, have action plans in place to help reduce the number of infection-related illnesses in hospitals [source: DeNoon]. 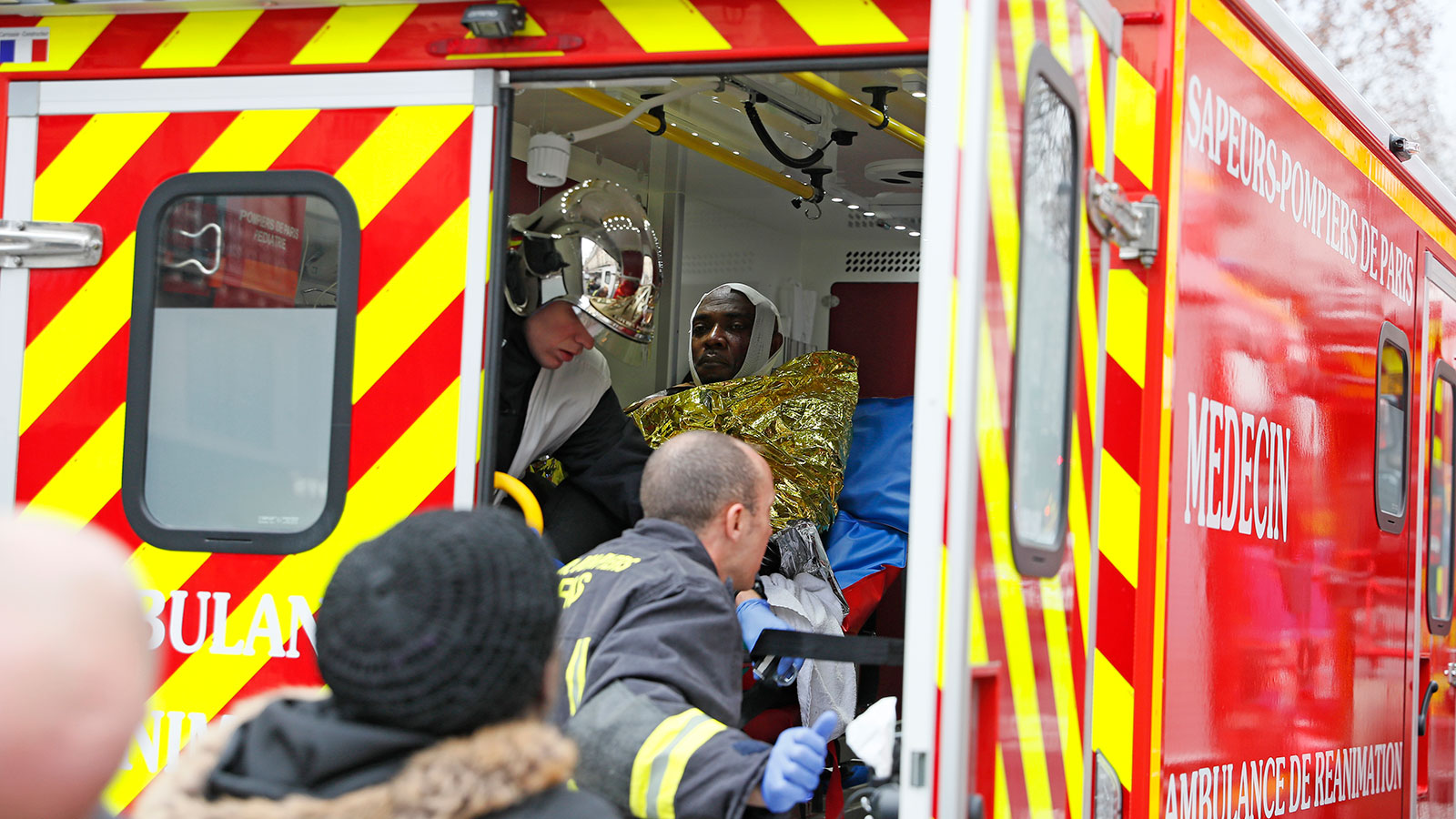 10 Common Hospital-acquired Infections
10 Reasons Not to Go to the ER
Can you breastfeed if you have MRSA?