Want to know more about Army first aid? Visit the links and resources below. 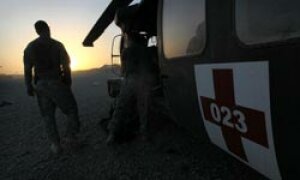