Why do antibiotics make you sensitive to the sun? 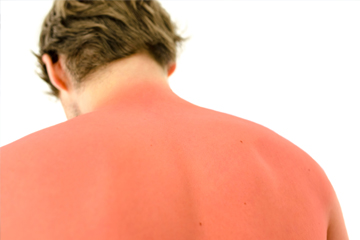 Best advice for being in the sun while on antibiotics? Cover up or try to get inside.
Gajus/ThinkStock

If you've had certain antibiotics prescribed for you, your doctor or pharmacist may have reminded you to be careful to avoid prolonged exposure to sunlight. And chances are, you probably forgot and got a nasty sunburn on some section of your skin that you left bare. As Northwestern University pharmacy professor Christopher McCoy noted in a Scientific American article, he once took a 15-minute drive across town with his sunroof down after taking the antibiotic doxycycline and ended up with a burn on the top of his head [source: McCoy].

Antibiotics that act this way are called photosensitizers, and they include various forms of tetracycline, fluoroquinolones, and sulfa-containing medications such as sulfamethoxazole/trimethoprim. These medications have complex structural characteristics at the molecular level that can lead to them become destabilized. That, in turn, causes a buildup of chemicals in the skin that cause some nasty problems [source: McCoy].

This can happen two ways. Sometimes, the chemical buildup causes a photoallergic reaction. It does this by creating a substance called a hapten, which sets off an immune response in your skin. White blood cells will then invade and launch a counterattack, which will result in increased leakage in your veins, redness and swelling [source: McCoy].

If you're taking higher doses of the antibiotic, though, you may instead develop a phototoxic reaction. The destabilized structure causes damaged cells called free radicals to accumulate in your skin, where they harm cells in both the epidermis, the outer layer of your skin, and the dermis, the layer below it. You'll probably notice a hot sensation in your skin and redness, and in bad cases, it will progress to blistering and peeling [source: McCoy].

Antibiotics, it should be mentioned, aren't the only drugs that cause you to become sensitive to sun exposure. Others include some antihistamines used in cold and allergy medicine, nonsteroidal anti-inflammatory drugs (NSAIDs), antidepressants, and diabetes and cancer medications [source: ScienceDaily].

Fortunately, there are things you can do to protect yourself. If possible, simply stay out of the sun between 10 a.m. and 4 p.m., the time when you face the highest risk of sun exposure. If you do go out, put on a broad-spectrum sunscreen, preferably with an SPF of 30 or more, that contains zinc oxide, titanium oxide or avobenzone, which will protect against both UVA and UVB rays. In addition, be sure to wear clothing that will protect you, such as a tightly woven long-sleeve shirt and pants, a wide-brimmed hat, and sunglasses [source: ScienceDaily]. 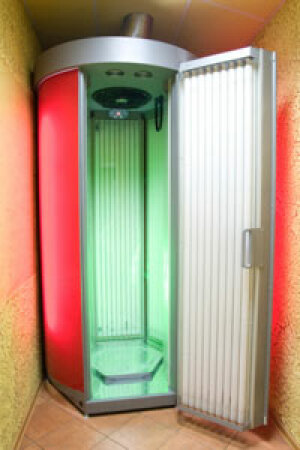 5 Medicines that Cause Sun Sensitivity 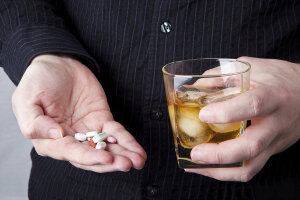 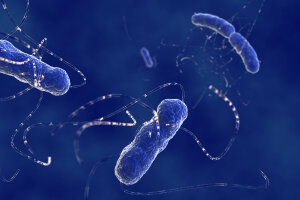