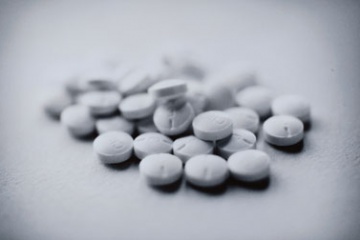 No medication can correct the brain structures or impaired nerve connections that seem to underlie autism. Scientists have found, however, that drugs developed to treat other disorders with similar symptoms are sometimes effective in treating the symptoms and behaviors that make it hard for people with autism to function at home, school, or work. It is important to note that none of the medications described in this section has been approved for autism by the Food and Drug Administration (FDA). The FDA is the Federal agency that authorizes the use of drugs for specific disorders.

Medications used to treat anxiety and depression are being explored as a way to relieve certain symptoms of autism. These drugs include fluoxetine (Prozac™), fluvoxamine (Luvox™), sertraline (Zoloft™), and clomipramine (Anafranil™). Some scientists believe that autism and these disorders may share a problem in the functioning of the neurotransmitter serotonin, which these medications apparently help.

One study found that about 60 percent of patients with autism who used fluoxetine became less distraught and aggressive. They became calmer and better able to handle changes in their routine or environment. However, fenfluramine, another medication that affects serotonin levels, has not proven to be helpful.

People with an anxiety disorder called obsessive-compulsive disorder (OCD), like people with autism, are plagued by repetitive actions they can't control. Based on the premise that the two disorders may be related, one NIMH research study found that clomipramine, a medication used to treat OCD, does appear to be effective in reducing obsessive, repetitive behavior in some people with autism. Children with autism who were given the medication also seemed less withdrawn, angry, and anxious. But more research needs to be done to see if the findings of this study can be repeated.

Because many children with autism have sensory disturbances and often seem impervious to pain, scientists are also looking for medications that increase or decrease the transmission of physical sensations. Endorphins are natural painkillers produced by the body. But in certain people with autism, the endorphins seem to go too far in suppressing feeling. Scientists are exploring substances that block the effects of endorphins, to see if they can bring the sense of touch to a more normal range. Such drugs may be helpful to children who experience too little sensation. And once they can sense pain, such children could be less likely to bite themselves, bang their heads, or hurt themselves in other ways.

Chlorpromazine, theoridazine, and haloperidol have also been used. Although these powerful drugs are typically used to treat adults with severe psychiatric disorders, they are sometimes given to people with autism to temporarily reduce agitation, aggression, and repetitive behaviors. However, since major tranquilizers are powerful medications that can produce serious and sometimes permanent side effects, they should be prescribed and used with extreme caution.

Vitamin B6, taken with magnesium, is also being explored as a way to stimulate brain activity. Because vitamin B6 plays an important role in creating enzymes needed by the brain, some experts predict that large doses might foster greater brain activity in people with autism. However, clinical studies of the vitamin have been inconclusive and further study is needed.

Like drugs, vitamins change the balance of chemicals in the body and may cause unwanted side effects. For this reason, large doses of vitamins should only be given under the supervision of a doctor. This is true of all vitamins and medications.