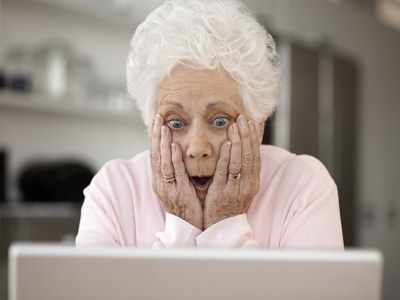 Does reading about aging and dementia frighten you? See more pictures of emotions.
Jerome Tisne/Iconica/Getty Images

On May 19, 1965, a young man named Pete Townshend turned 20 years old. Townshend, who would go on to rock 'n' roll glory with the band The Who, was riding a train that day, and he penned a song that captured the struggles between young and old. Older people just didn't seem to understand what it was like to be young, and Townshend wanted no part of the elderly generation's cluelessness. "I hope I die before I get old," became part of the refrain of the song he wrote that day, which was titled "My Generation."

Townshend and The Who's lead singer, Roger Daltrey, continue to perform the song despite the fact that they're both on the upper side of age 60. And rock 'n' roll gods aren't the only ones getting older; these days, we're all living longer. We don't want people to notice we're getting older, though, as the popularity of hair dyes, liposuction, anti-aging creams and, of course, Botox can attest.

If we can take steps not to look our age, can we take steps not to act our age? With aging come those frustrating and embarrassing memory lapses that have us hunting for the eyeglasses that are sitting on top of our head, the car keys that are in our pockets or the phone numbers we used to know by heart. A little loss of memory is normal as we age, but could it be the sign of something more? Is it the first sign of a degenerative cognitive decline?

­Alzheimer's disease is the most common cause of dementia, which refers to a collection of symptoms that includes memory loss as well as loss of other cognitive skills, including speech, motor function and reasoning. It's not a normal part of aging, but the likelihood of developing a form of dementia increases as we get older. The likelihood of developing Alzheimer's, for example, doubles every five years after the age of 65 [source: Whitehouse]. Other dementias include vascular dementia, lewy body dementia and frontotemporal dementia, all of which you can read about in How Dementia Works. But no matter what name it goes by, we're all scared of losing our memory. After all, how can we enjoy our new, improved younger-looking body if we can't even remember where we are?

But take heart. Just as a few tweaks can delay the physical effects of aging, it's possible that a few things may delay dementia and the cognitive decline that comes along with getting older. We can't do much about our age or genetic history, but read on to find out what factors are in our control.

Building Up Your Cognitive Reserve 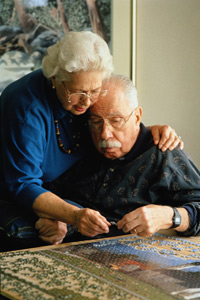 The family that does puzzles together fights dementia together.
David Young-Wolff/Stone/Getty Images

While the No. 1 enemy in the fight against dementia may be our brain, that pesky organ subject to these disorders that wreak havoc on our neurons, it's also our greatest ally in delaying dementia. The very first thing our brain can do is simply help us believe that we can, in fact, ward off memory loss. You may not have realized it, but just in turning past the first page of this article, you showed a commitment to your brain that may help you in the long run.

One study seems to show that if you believe that memory loss is part of the aging process, then it likely will be. The study compared the cognitive abilities of people from China and the United States. The Americans reported believing that memory loss was an inevitable part of aging, but the Chinese group held fewer preconceptions about aging. The study found that the Chinese were less forgetful than the Americans, and some of the oldest Chinese participants performed just as well as the youngest participants in the study. This study seems to indicate that if you expect your memory to decline, you'll stop paying attention and blame the lack of information on the fact you forgot it [source: Rabins].

But since you're on this page, we can only assume that you are in fact looking for ways to pay attention and delay dementia. By visiting HowStuffWorks to expand your knowledge about the world, you're on the right track -- with the brain, it's a case of "use it or lose it." What you're using is a buildup of cognitive reserve, which is the brain's ability to be resilient in the face of attack. You develop cognitive reserve through intellectual stimulation. For instance, studies have shown that people with more years of education can delay the onset of dementia [sources: Whitehouse, Nagourney]. They have a greater amount of cognitive reserve to draw upon, which translates to a higher volume of connections between neurons and stronger rates of cerebral blood flow [source: Whitehouse]. Even when the brain is under attack, this stronger system continues to operate.

But don't get downhearted; even if you didn't go for that Ph.D., you can still start challenging the brain at any age to build up cognitive reserve. Software and video games meant to challenge the brain have begun popping up on the market, though scientists warn that these tools don't have much science behind them [sources: Belluck, Larson]. You don't even have to get that high-tech. In one study, participants who worked a crossword puzzle four days of the week had a 47 percent lower risk of dementia than those who did a crossword once a week [source: Gorman]. Mental activities like playing chess and other board games, learning a foreign language, volunteering, reading and playing a musical instrument all keep the brain humming. Finding a friend to do some of these activities with is also a bonus -- in a study that examined over 1,000 people, those with a limited social network were 60 percent more likely to have dementia after a three-year period [source: Friedman].

For a real-life example of how cognitive reserve can delay dementia, look no further than the 678 Catholic Sisters of Notre Dame, of Mankato, Minn. These nuns' cognitive states were studied for years as doctors tried to learn more about dementia, and doctors conducted postmortem exams on the women's brains. In one examination, doctors found that some of the nuns who had signs of Alzheimer's disease in the brain hadn't demonstrated a lack of cognitive function while still alive. The doctors did notice that the blood vessels in the brain were in exceptionally good shape, however, meaning that even as Alzheimer's started to appear, the brain found a way to work around the challenges [sources: Whitehouse, Tan]. That's not to say that cognitive reserve can delay dementia forever -- if the women had lived longer, they may have developed dementia eventually.

Your brain depends on a regular flow of blood, so another way to keep those cerebral blood vessels working well is good old-fashioned exercise. Read on to find out what other physical activities can help your brain. 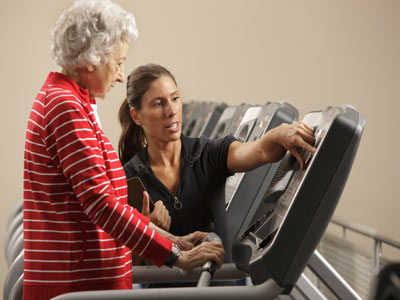 ­But if you really want to get drunk on something, get drunk on knowledge. Keep visiting HowStuffWorks and build your cognitive reserve. You can get a start on that by visiting the links on the next page!

The Unexpected Reason Why the Smartest People Are OK With Alone Time
Being a Night Owl Can Shorten Your Life
Can body modifications be addictive?