Plenty of people have accused songs of spurring loved ones to commit suicide: Bands like Judas Priest and Marilyn Manson can attest to that. But there's one song in a class of its own. Written in 1933 and covered more than 70 times, Rezső Seress and László Jávor's "Gloomy Sunday" has allegedly been linked to more than 100 suicides since it hit the gramophones in 1935. Inspired by this amazing urban legend, Stuff They Don't Want You to Know's very own Ben Bowlin wrote a radio play, originally for the Atlanta Fringe Audio Festival, called "See You Next Time." This eerie and unsettling tale explores what the world might look like if "Gloomy Sunday" really did inspire something dark inside every person.

For a little background, Rezső Seress was a Hungarian composer who was living in Paris in 1933 trying to make it as a songwriter. Not every version of the official story is in agreement: Some say Seress's fiancée left him for being a deadbeat musician, and he wrote the song for her. Other stories say that lyricist and poet László Jávor was the heartbroken one, and asked Seress to compose the score for a poem he wrote about his ex.

However it happened, together the two created "Gloomy Sunday" and tried to sell it. It wasn't easy. One potential publisher responded that "there is a terrible compelling despair about it ... I don't think it would do anyone any good to hear a song like that." But eventually it was recorded by Hungarian pop singer Pál Kalmár and was well-received. It looked like Seress and Jávor had finally had a hit song, melancholy as it was.

But then, in 1935, a shoemaker killed himself in Budapest, and supposedly quoted the lyrics to "Gloomy Sunday" in his suicide note. Another story claims that either Jávor or Seress's estranged fiancée killed herself with poison, leaving only two words in her suicide note: "Gloomy Sunday." Two men also supposedly shot themselves after listening to a band play it.

Hungary supposedly banned the song from being played, but the suicides didn't stop. In Vienna, a woman drowned herself clutching the sheet music. In London, another woman overdosed on barbiturates while listening to the song on repeat. Once, a man requested the song at a club, then walked outside while the song played and shot himself in the head. Much later, in 1968, Seress himself committed suicide by jumping out a window, further proof — to some — of the song's strange power.

It's possible that the times, rather than the tune, inspired many of these suicides: During the Great Depression, suicide rates were at an all-time high, and it could be that "Gloomy Sunday" simply seemed like the right note, so to speak, to go out on. Hungary in particular has always had one of the highest suicide rates in the world. But the sheer number of deaths linked to the "Hungarian suicide song" keeps the urban myth alive, even sparking scientific investigation. And despite its reputation, the song is still popular; Billie Holiday's version remains the most definitive, with other covers from Sarah Vaughn, Bjork, Elvis Costello and Sinead O'Connor.

And now, the Hungarian suicide song has inspired this ominous audio play from Ben Bowlin, featuring the voice talents of several others at HowStuffWorks, including Noel Brown, Matt Frederick and FoodStuff's Lauren Vogelbaum. So take a listen to something different from Stuff They Don't Want You To Know: See You Next Time. Don't touch that dial: It just might touch back.

Who Are the Emoji Deciders? 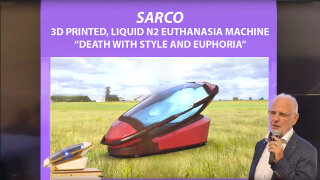 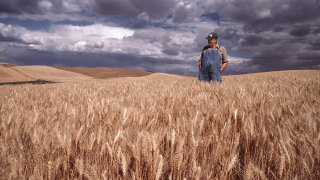 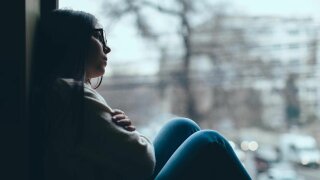