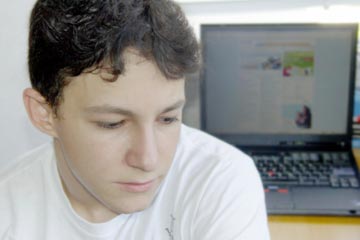 Do your online friends' postings make your life seem boring in comparison? Who's to say they're even telling the truth. See more mental disorders pictures.
iStockphoto/Thinkstock

In a world where social media Web sites spread news of engagements and breakups, job gains and losses, or even news of life and death, it's easy to become overwhelmed. Web sites such as Facebook help you keep up with friends and family, but you're realizing how easy it is to get sucked into the whirlwind of updates and data. We now live during a time when you can follow your pal's every move on his latest beach trip -- even if the only surfing you're doing is on the Web.

Let's face it: Using social media can stir up many emotions, including sadness.

Whether we're subconsciously comparing ourselves to friends or feeling the sting of rejection, our emotions transcend the keyboard. This is why some people have coined the term "social media depression" to informally describe the depressive thoughts associated with using social media.

Despite the term's use, no formal definition or diagnosis of social media depression exists at this time. Also, the concept does not appear in the Diagnostic and Statistical Manual of Mental Disorders, the official reference for psychiatrists and mental health experts.

Even though social media depression lacks legitimacy, it's understandable why Web sites such as Facebook, MySpace, Twitter or LinkedIn, to list a few, may be under fire. Some research recognizes an association between depression and Internet use, but figuring out causation is tricky. Experts are unsure whether using social media Web sites causes depression or if people with depressive tendencies are more drawn to the digital realm.

What health professionals do know is that children and teens are more sensitive to media influences [source: Wilson et al.]. And even though depression affects both sexes, women are more commonly diagnosed with the condition than men [source: MedlinePlus]. One could speculate that these trends of depression carry over to social media sites as well.

On the other hand, social media certainly have benefits, too. Facebook in particular has been shown to increase social capital among users, especially those with low self-esteem and life satisfaction [source: Ellison et al.]. Older people are also thought to reap the benefits of social media use [source: Nauert].

Now that we know what social media depression might be, the question remains: Do you buy into it? Read on to learn what else is known about mental health and Internet use.

First, consider why you use social media and how it makes you feel. Do you check Facebook to procrastinate or keep tabs on other people you no longer see in person? Do you feel left out when you follow someone on Twitter and she doesn't follow you back?

It's also true that self-esteem, pre-existing depressive thoughts and social anxiety are tied into the equation [sources: Wilson et al.]. Hiding your emotions and attempting to make yourself look happy when you're not may make you feel worse, as well [source: Jordan et al.].

Like most things in life, it's a good idea to approach social media in moderation. The effects of obsessively checking social media accounts aren't well studied, but research shows that the more time a person spends doing this, the more likely he will experience anxiety and emotional loneliness [source: Hardie and Tee]. So far, it's believed that people's addiction to social media sites is influenced by their personality traits -- a fact suggesting that psychology may play a larger role than social media Web sites on their own.

To avoid what some refer to as social media depression, experts suggest resisting the urge to compare your life with those of other people in your social networks. Also, remember that online communication is very different from face-to-face interactions; online, body language and face-time can't be used to prevent miscommunication. There's nothing wrong with using social media to stay in touch, but consider talking over the phone or meeting in person if you're not satisfied with your online relationships with others.

If social media is taking a toll on your mental health, don't be afraid to talk to someone about it or contact a trained professional for advice.

Browse more resources about social media and mental blues on the next page.

A group of studies reveals that people who downplay their loneliness and negative emotions online contribute to others' feelings of isolation. Because people are more likely to project a positive image online, it's easy to underestimate everyone else's negative feelings. Ultimately, this makes it harder for social media users to relate or believe others are experiencing similar emotional hardships [sources: Jordan et al.; Szalavitz].

Is there a blood test for depression?
Does Your Doctor Screen You for Depression? Why Not?
What is depression?