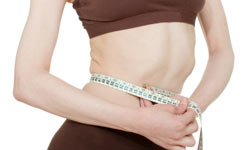 Watching your weight can be a healthy activity but watching it with an obsessive intensity -- not so much.
Hemera/Thinkstock

According to the Centers for Disease Control and Prevention, 68 percent of Americans are overweight or obese. Yet in a survey conducted by Consumer Reports, only 11 percent of those polled believed they fell into either category [source: Rowan].

So it's clear that the majority of Americans need a bit of a wake-up call when it comes to body image. Yet the messages that reach people regarding weight can often cause more harm than good. Consider this:

Clearly, for thousands of people each year, dieting is not just a way to stay in shape; instead, it becomes an unhealthy obsession. The ironic result is that an activity that should be beneficial -- keeping fit and trim -- often winds up causing serious stress to both the mind and body.

Here, we examine five warning signs that a focus on one's weight has tipped the scales from healthy examination to dangerous fixation. 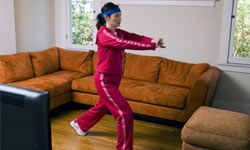 Watching your daily intake of calories is a healthy idea. Obsessively counting each and every calorie that passes through your lips, being constantly hungry because you are not taking in enough food or setting severe eating rules for yourself can all indicate that a healthy behavior has become an unhealthy obsession.

The amount of calories you should take in on a daily basis depends on your age, gender and level of activity, although as a general rule, the average man should consume about 2,500 per day, and the average woman should take in 2,000 per day [source: NIH]. To figure out exactly how many calories you need to maintain your weight, or lose weight in a healthy way, you can try using the American Heart Association's fat and calorie counter. Taking in fewer calories than you see recommended there can indicate that you've taking things too far in your quest to lose weight.

Another facet of this type of obsession is placing yourself on a severe diet, such as one in which you eat only a single type of food (like pastes or gels), replacing full meals with a glass of water, or chewing gum in lieu of getting yourself a nutritious plate of food. 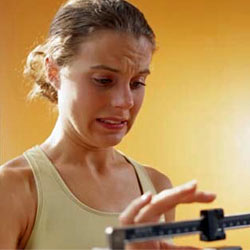 Checking the scale more than once a day could be a sign that you're too fixated on your weight.
Photo courtesy of Publications International, Ltd.

The scale. It can be a powerful ally in the quest to maintain a healthy body -- or it can be an unhealthy enabler that feeds into an obsession about your weight.

Check it at the same time of day once a week and it can help you gauge how different levels of activity and calorie consumption affect your body weight. Check it more than once a day and it could be a sign that you're too fixated on your weight. Not only is compulsive weighing bad because of the stress it'll add to your day, it's also important to realize that body weight naturally fluctuates throughout the day, so multiple weigh-ins don't really tell you much about true weight loss or gain.

Another sign that you're "scale obsessed" is that the little number you see in its window feels more like a judgment than a piece of information -- and that number can impact how you feel about yourself throughout the day.

In combating the siren song of the scale, it's important to remember that it is just one tool that helps you determine how healthy you are. The way your clothes fit, the amount of energy you have and the quality of the foods you put in your mouth all play an equally important role in determining your overall condition.

2: Having a Warped Image of Your Body 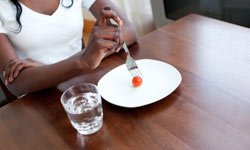 At its most severe, a weight obsession can turn into an eating disorder.
Wavebreak Media/Thinkstock

At its most severe, a weight obsession can turn into an eating disorder, which the National Institutes of Health define as "an illness that causes serious disturbances to your everyday diet, such as eating extremely small amounts of food or severely overeating ... Severe distress or concern about body weight or shape may also characterize an eating disorder."

There are three primary types of eating disorders:

Anorexia nervosa is characterized by an irrational fear of gaining weight, an extremely restricted caloric intake that leads to emaciation, a distorted body image and lack of menstruation in females.

Unlike anorexics, those who have bulimia nervosa will, in fact, eat large quantities of food. But these binging sessions are followed by a sense of guilt and subsequent extreme behaviors such as purging through the use of forced vomiting or laxatives and/or diuretics; excessive exercise; fasting; or any combination of these methods.

While most eating disorders result in unhealthily low body weights, with binge-eating disorder, the opposite may occur. That's because binge eaters lose control over the quantities they consume, but don't follow these sessions with purging, severe calorie restriction or excessive exercising. It's the most common of the eating disorders and because foods often associated with binge eating are high in fat and low in protein, complications like obesity, Type 2 diabetes, high blood cholesterol, high cholesterol, gall bladder disease and heart disease are often common.

Treatments for eating disorders include psychotherapy, nutrition education, antidepressants and anti-anxiety medications, and in the most severe cases, hospitalization may be necessary. 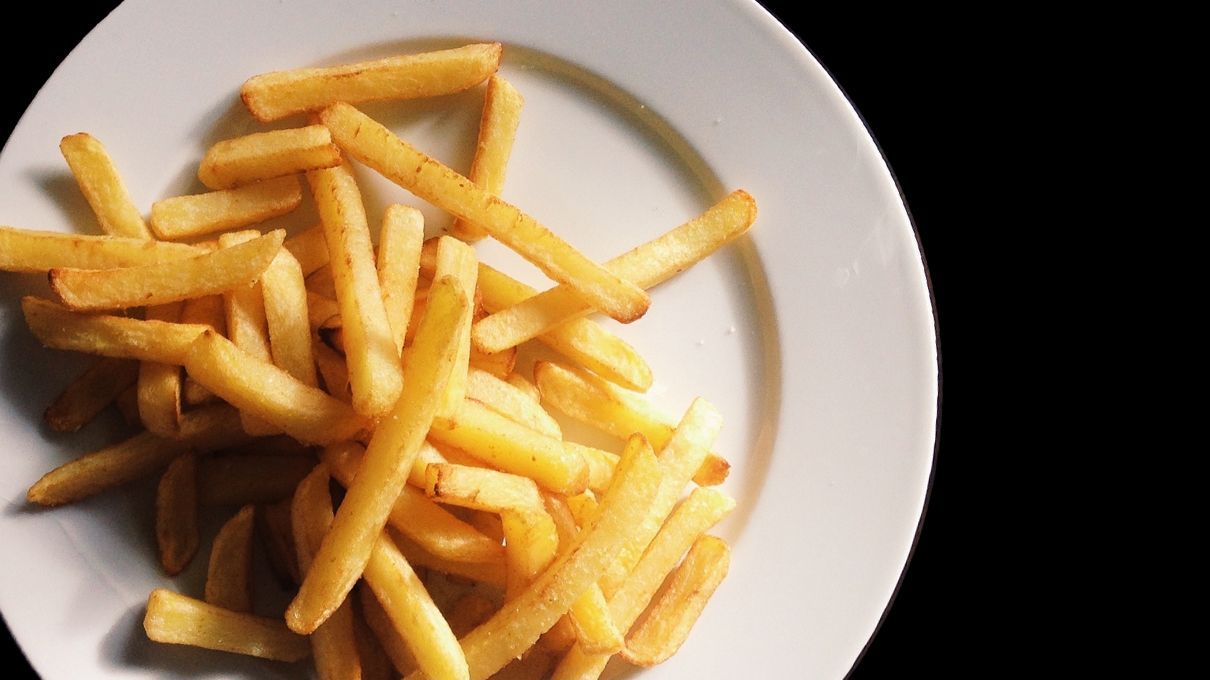