by Alia Hoyt Sep 4, 2019
Peppermint Oil has dozens of uses, some of which have been proven by science. Thanit Weerawan/Getty Images

Peppermint has been lending its minty-fresh flavor to products like candy canes, ice cream and tea for thousands of years, but its staying power is about much more than taste. It's got some medicinal value as well. The peppermint plant is a cross between spearmint and water mint, and its active ingredients are menthol, menthyl acetate and menthone. While the peppermint leaves have their functions, the extracted peppermint oil boasts its own litany of capabilities.

Here's the caveat, though. Most of peppermint oil's rumored abilities are purely anecdotal at this point. The truth is that the plant has been studied very little, although it does appear to be totally safe when used appropriately. For example, when taking peppermint oil by mouth or applying to the skin be sure to use it as directed, as too much can irritating. Like most other foodstuffs or herbs, it's also possible to have an allergic reaction to peppermint.

Curious about peppermint oil's powers? Check out this list of surprising ways that peppermint oil is helpful. Just remember that the oil usually has to be diluted or used in very small quantities at full strength.

IBS is an often frustrating, painful chronic problem, and it's also one of the few ailments that peppermint oil has been studied for extensively. A meta-analysis published in the BMJ showed peppermint oil was more effective than placebos at relieving IBS symptoms because it helps the colon relax and reduces painful spasms. So, if IBS is something you struggle with, perhaps a capsule or two a day (or whatever the bottle suggests) can bring some much-needed relief. Incidentally, peppermint oil is also useful at easing other colon-related problems, such as Crohn's disease, diverticulitis and diarrhea.

A few drops of peppermint oil combined with a carrier oil for dilution purposes (like coconut oil) is often all it takes to kick that bothersome headache to the curb. A German study from 1996 showed that using an ethanol solution with 10 percent peppermint oil was just as effective as 1,000 mgs of acetaminophen.

So, if you wish to avoid standard pain relievers the next time your head starts pounding, try applying a few drops of peppermint oil to the temples, forehead and back of the neck. Be sure not to use too much, as peppermint essential oils are extremely concentrated and can cause skin irritation.

If just reading about head lice causes you to feel itchy, chances are you'd like to do whatever you can to avoid the scourge. Some lice experts recommend preventing an infestation by masking the human scent, which lice love, with other strong aromas, like that of peppermint oil. Unfortunately, there's no research to back that up, as existing studies only involve other types of oil, such as eucalyptus. However, it seems that it should work, following the logic of other strong scents warding off lice. At the very least, you'll smell nice and minty.

Peppermint leaves are a known natural ant repellant (some people even put peppermint plants in the ground in problematic spots). However, a lot of gardeners turn to a diluted peppermint oil spray to keep these and other pests at antenna's length. Added bonus: Mice hate the scent, too!

If you have dandruff or precariously thinning hair, a couple of drops of peppermint oil added to shampoo can help turn things around. Again, hard evidence is elusive, but a 2014 animal study saw mice enjoy fluffier coats following a 3 percent peppermint oil application (it even worked better than an application of hair growth medication minoxidil, in the study). Menthol (the active ingredient in peppermint oil) is a major ingredient in many dandruff shampoos already.

A couple of small studies indicate that peppermint oil can relieve itching. In one study, pregnant women with itch-related woes were given 0.5 percent peppermint oil mixed with sesame oil. They achieved better relief than their counterparts using placebos. This is good news, as many women strive to avoid medications or chemical-containing options during gestation.

There's a reason most toothpastes have a minty taste, apart from it being a pleasant sensation. Peppermint's antibacterial properties kill the germs that cause dental plaque, which may improve breath. One study of high school girls in Iran with halitosis found that those who used a peppermint mouth rinse three times a day for a week had a significant reduction in bad breath.

A small 2014 study looked at how oral administration of peppermint oil affected athletes during tests like standing vertical jump, standing long jump and grip force. Improvements were seen throughout the course of the experiment, possibly thanks to how peppermint oil affects lungs and overall breathing. Again, evidence is obviously limited, but once again peppermint oil as a supplement falls under the "can't hurt" category.

In the battle against cancer, we need all the help we can get. A 2009 study discovered that menthol causes cell death in prostate cancer. Although far from being declared a cancer cure-all, essential oils like peppermint oil continue to be points of interest for researchers looking to plant-based solutions.

Why Are Certain Foods Eaten Mainly at Breakfast? 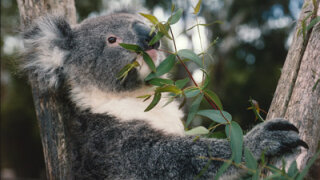 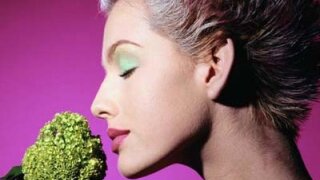 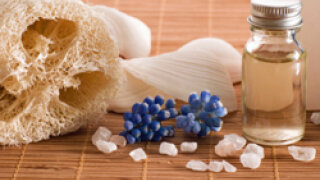