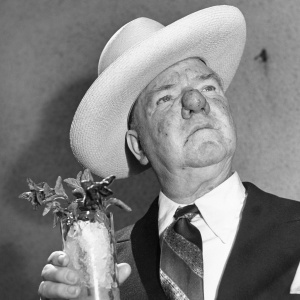 It's rumored that W.C. Fields once said the best cure for insomnia is to get a lot of sleep. Easier said than done, at least for the 40 percent of Americans who are sleep deprived [source: Gallup]. And in those sleep-deprived states, they spend a lot of money on sleep-inducing drugs, as much as $3.9 billion -- and that doesn't count all the other products and services tried in an effort to catch a few zzzs. Americans spend about $24 billion on everything from teas that are sure to bring the sandman to the door to room-darkening curtains and the elusive perfect pillow (or pillows, plural -- on average, we all use two). Once upon a time, Ovaltine (yes, the milk flavoring) was marketed as an insomnia cure. It's not, but that didn't stop the sleepy from giving it a try.

The act of sleeping has long been a mystery to us. Why do we do it, and why do we need it? And what would happen if we spent all that time awake instead? Imagine all the things you'd get accomplished if you didn't sleep. In the early 1950s, research began to confirm that sleep is important, and that while we sleep our bodies are anything but passive. And, further, that when we're deprived of our sleep, bad things happen.

Adults need, on average, between seven and nine hours of sleep every night, but the reality is that many of us aren't getting a good night's sleep. Most adults only average about six and a half hours of sleep a night during the week. We're just a little lazier on the weekends (sleeping an average of an additional 52 minutes on Saturdays and Sundays) [source: American Sleep Research Institute].

Sleep deprivation can be a result of a sleep disorder, and as many as some 70 million of us live with insomnia, sleep apnea, periodic limb movement disorder (PLMD) or another of the more than 70 recognized sleep disorders that steal away our 40 winks. Late hours at work, working the night shift, pets in the bed, kids, a partner's snoring and even pain or acid reflux may also leave you fatigued. Suffer from a mood disorder? Depression and sleep deprivation are known bedfellows.

No matter which reason is to blame, all of this sleep deprivation puts us at risk for both short- and long-term problems, affecting our health, mood, memory, cognitive abilities and reaction time. 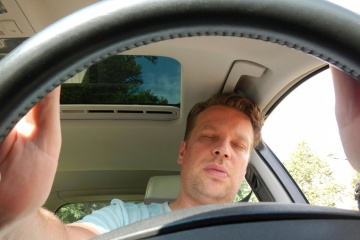 Sleep deprivation, no matter the cause, isn't healthy. No, you won't sleep when you're dead. You may get more accomplished on your to-do list when you're only catching a couple hours of sleep a night, but that comes with a price. More than one-third of people who don't get at least of seven hours of sleep at night report problems with daytime alertness. They have trouble concentrating, trouble remembering and recalling information and -- how terrifying is this -- trouble staying awake behind the wheel of their car. As many as 41 percent of U.S. drivers admit to having fallen asleep behind the wheel at least once, and about 4 percent admit they nodded off in the 30 days prior to being polled [source: AAA Foundation for Traffic Safety].

You might not notice some of the physiological things that come along with being sleep deprived, but you'll notice its impact on everyday tasks. Driving while drowsy is a dangerous mix -- as dangerous as driving while intoxicated, it turns out. The Exxon Valdez oil spill, for instance, is considered at least partly a fatigue-related tragedy. Drowsy drivers on the highways have impaired reaction time and alertness, decreased hand-eye coordination and poor judgment (including not knowing you're too fatigued to drive). And this is not just an issue for chronically tired drivers. Take the start of Daylight Saving Time, for instance: Americans setting their clocks ahead one hour for the start of Daylight Saving Time on the second Sunday in March coincides with a 17 percent increase in motor vehicle deaths on the following Monday [source: American Psychological Association]. And that's just one hour of lost sleep -- if you haven't slept in 17 to 19 hours, your drowsy driving is equivalent (or worse) than driving with a blood alcohol content (BAC) of 0.05 percent. Increase that to 24 hours or more without sleep -- or driving after sleeping 5 hours or less each night for a week -- and now we're talking about driving with the equivalent of a BAC of 0.1 percent. Add that up and you get about 1 million crashes, 500,000 injuries and 8,000 fatalities U.S. roads every year, all directly related to how little we sleep. Overall, it's estimated that sleep deprivation is the driving factor behind as many as one out of five car accidents [source: Williamson, Harvard Medical School].

And then there are the things sleep deprivation does to the body that you might not associate with your sleep debt, including an increased risk of developing chronic and serious health problems.

The Long-term Consequences of Sleep Deprivation

When you're habitually sleep deprived -- more than just one night when we can't sleep a wink -- you're actually hurting yourself. Too little or poor quality sleep disrupts your body's biological rhythms, and it doesn't take long to hurt your physical, emotional and mental health. It stresses not only the body but also your relationships, your work and the other activities in your life. And it doesn't take long -- if you lose 90 minutes of sleep tonight, for instance, you'll find yourself as much as 32 percent less alert tomorrow [source: Breus]. If you're going to lose sleep over something, let that be it.

Being sleep deprived for even just one night leaves you more than tired; it shortchanges you at the sleep bank. Withdraw too much without depositing back some quality nights of dozing and you've got what's called a sleep debt. Add that up after a few days and you begin to see some negative consequences happening to your body. After just seven days, your circadian rhythm -- the body's 24-hour cycle, also known as the body's master clock that regulates your sleep-wake pattern as well as the release of hormones, body temperature, mood and other physical, cognitive and behavioral patterns) -- gets disrupted. Basically, that means that when you're running on a sleep deficit your body no longer keeps the correct time; it's as though your watch battery is running low and you're chronically arriving late. Your motor skills become impaired and your hormone levels rise or fall inappropriately (which can impact everything from how well your pancreas works to how fast you show your real age to how strong your sex drive is). You know how tired you are when you're suffering from jet lag? That's a disruption in your circadian rhythm.

Sleep deprivation changes how your body handles what's called its genetic expression. That means your genes, when you're fatigued, are not as efficient at giving out instructions as they normally would be. And without good instructions, your body's everyday processes begin to run inefficiently. Your immune system becomes compromised; you get sick more often. And not only with colds and flu, although yes, you will be sick more often if you're sleep deprived. Long-term sleep deprivation is associated with serious and chronic illness, including hypertension (high blood pressure), heart failure, stroke, metabolic syndrome and type 2 diabetes -- and the list goes on. The sleep-deprived also risk developing or worsening a mood disorder (and the greater the sleep debt, the greater the psychosis), becoming obese (not only does it impair how we handle insulin, but people who sleep only four hours a night eat more calories during the day) and dying prematurely (sorry, chronic insomniacs, your sleep deprivation causes you to die at a rate two times faster than that of people with a more normal sleep pattern). 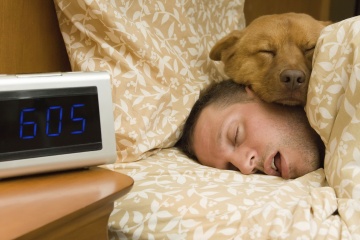 You might not be your most attractive when you sleep, but your body and brain are doing important things.
©WebSubstance/iStock/Thinkstock

Sleep is the only opportunity for the brain to get organized -- truly organized, not just piling files on the desk and promising to get back to them later. When we don't sleep, our brains don't have an opportunity to, as some researchers like to call it, take out the trash. While it sounds funny, there's science behind it -- we know that sleep deprivation really seems to speed up the development and the progress of neurodegenerative diseases, including two biggies: Alzheimer's disease and Parkinson's disease. And researchers suspect it's because without sleep, the body's glymphatic system (the central nervous system's cleaning service) isn't able to trash the waste that builds up throughout the day. In this case, the trash is cerebrospinal fluid (CSF) thick with accumulated proteins and toxins. We also know that a lack of sleep causes permanent brain cell loss, likely due to how a sleep-deprived body is unable to properly manage cell growth and repair. If you don't clean up from time to time -- or nightly, in this case -- you're signing up for memory problems and an overall cognitive decline.

While you're sleeping, your brain is also busy doing some high-level cognitive activities, including reviewing and sorting information from the day, and flagging important and novel things that should be committed to memory. When we learn and store information in our memory, that information is moved from the hippocampus (which is known as the memory-creating region of the brain) to the prefrontal cortex (PFC), specifically the neocortex region, which is where we form and store long-term memories. This happens every night, while we sleep. Without deep sleep a few problems may arise: First, we simply can't recall -- literally. And second, a phenomenon known as false memories may also happen to people who sleep five or fewer hours every night. Fatigue impacts not only memory recall, but also how you process information in general. You can't properly access memories, and you also can't properly encode information when you learn it. That makes what you think you know unreliable, or, at the very worst, incorrect.

Tired? A 26-minute nap, it turns out, is a better booster than a cup of coffee (or a few cups of coffee). It can boost your mental performance by as much as 34 percent and your overall alertness by 54 percent for more than three hours post-nap. Jon Stewart may have called insomnia his greatest inspiration, but I have to wonder what he could do if he embraced napping instead.

Why is coffee and a nap better than either by itself?
How Do You Sleep When Sailing Solo for 4,000 Miles?
How does the brain transform reality into dreams?