by Jesslyn Shields Aug 16, 2018
While most babies, like this one, start to get teeth at around 6 months of age, others can be born with a tooth or two. It's unusual, but it happens about once in every 2,500 births. dm909/Getty Images

Sometimes babies are born with teeth. It's weird and maybe even disturbing to you, but that's just the way it is.

It's OK, they aren't born with a full set of teeth or anything. Most children start getting their first baby teeth at around six months, but one in every 2,500 babies is born with one or two little, wiggly teeth. They're sometimes yellow and always fragile because, while the mineral enamel of normal baby teeth has had the chance to calcify, the enamel of natal teeth is predictably under-done and fragile.

Unless their roots are rock solid, these early bird chompers are usually just pulled out by a dentist. Not only are natal teeth a tough break for nursing mothers for obvious reasons, but because they generally have few or no roots, they can fall out on their own. That's the last thing you want to happen because your baby can choke on her own preemie little tooth. Of course, once the tooth is removed, there will be a gap there amongst the rest of the baby teeth until an adult tooth erupts to take its place. It's really no big deal, dentally speaking.

But according to a 2014 literature review published in the Indian Journal of Dentistry, genetics probably plays more of a role than cosmic omens: 15 percent of babies born with natal teeth have close relatives who were born with a weird little tooth, as well.

Now That's Interesting
Shakespeare gave his two cents about natal teeth in his play "King Henry the Sixth." He writes of Richard of Gloucester, "Teeth hadst thou in thy head when thou wast born/ To signify thou camest to bite the world...."

You Are the Art at These Museum Exhibitions! 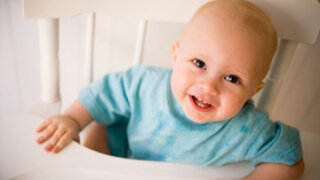 Why do babies grind their teeth? 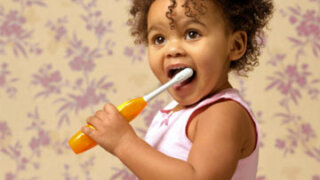 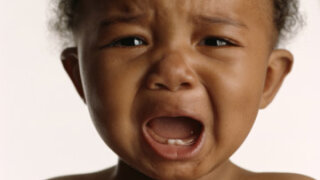 How to Remove Your Kid's Tooth Painlessly