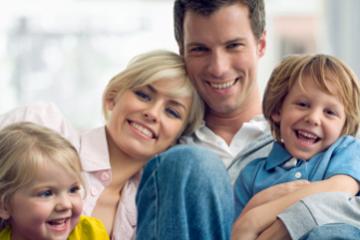 By using indicators such as achievement tests, teachers' descriptions of children in classes, and their own interviews, analysis of relationships and other observations, Carolyn Pape Cowan and Philip Cowan, husband-and-wife psychologists at the University of California have concluded that it is possible to predict how well children will do emotionally, socially and academically.

The key? How the parents are doing. That's true, whether the parents are together or separated, and matters more than the number of hours with their children. Even in cases where mothers truly care about the development of their sons and daughters, says Carolyn Cowan, spending every possible moment with them when they get home from work, "the children do not fare well if the adults aren't taking care of themselves and their relationships."

She adds: "It's not just the quality of the mother and father's relationship with the child, but how they're managing as a couple that affects how well kids do. Not many couples truly share the load equally, but where it does feel shared, the husband and wife are happier as a couple and their parenting is more effective and nurturing."

Overall, the Cowans believe half of how children turn out is probably genetic and beyond parents' control. But their research suggests that about 15 percent of what happens to children can be attributed to what parents have done, 15 percent to how the marriage is going, and another 15 percent from the history of the family — for example, the parents' own experiences as children. That's equally true, they say, for divorced or separated parents and stepparents.

Lessons, according to the Cowans:

"Frazzled people with the best intentions but who are not themselves getting nurtured and befriended — and getting relief from looking after kids and family — are just not going to be as available with the energy it takes to be a strong parent," says Carolyn Cowan. "Those kids will not do as well.

Is There Science to Back Up the Stereotypes About Only Children?
The Positives of Princess Culture
How to Care for a Sick Child