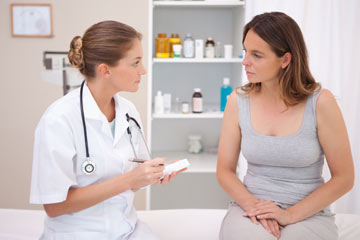 Though the odds are small, there's still a chance of getting pregnant while using an IUD.
©iStockphoto.com/Thinkstock

The purpose of birth control is to prevent pregnancy, and as far as contraceptives go, intrauterine devices (IUDs) are generally the most effective method short of abstinence [source: Nemours Center for Children's Health]. So if you're sexually active and looking for birth control that provides the greatest peace of mind, an IUD is probably your best bet.

An IUD is a T-shaped device that is inserted into the uterus by a physician. Hormonal IUDs release progesterone, and copper IUDs release copper. Both substances kill sperm and make the uterine lining uninhabitable to fertilized eggs. A hormonal IUD can prevent pregnancy for up to five years, and a copper one works for up to 10 years. While this form of birth control is highly effective, its success in preventing pregnancy is dependent on whether the device stays in place correctly. To help ensure correct placement, the IUD has a string that hangs out through the cervix into the vagina so that the woman can occasionally check. Physicians usually recommend that a woman have regular checkups with her gynecologist to monitor the IUD. It is especially important to have an IUD examined four to six weeks after it is first inserted.

Just because IUDs are highly effective doesn't mean there's no chance you can get pregnant while using them -- although there are differing opinions on which of the two types of IUDs (hormonal and copper) is most effective.

Some research has suggested there's a 2 percent risk of getting pregnant with a hormonal IUD and an.8 percent risk of conceiving with a copper IUD [source: Palo Alto Medical Foundation]. Those figures, of course, reflect typical use. If the devices are used perfectly, this same research shows that the risk of pregnancy with a hormonal IUD is reduced to 1.5 percent risk, and that of a copper IUD goes down to.6 percent [source: Palo Alto Medical Foundation]. However, other studies show that the chances of getting pregnant from a hormonal IUD are 2 in 1,000; whereas the odds with a copper IUD are 6 in 1,000 [source: WebMD].

If you do get pregnant while using an IUD, it can increase your odds of a miscarriage or difficult pregnancy. Complications can include pre-term delivery, vaginal bleeding, clinical chorioamnioitis and placental abruption [source: Kim, et. al].

To read up on other methods of birth control, continue to the next page for lots more information.

Survival Rate Improving for Extremely Preterm Babies
How Obesity Leads to Overweight Babies
Can you test your fertility at home?