How can a rabbit tell me if I'm pregnant?

Browse the article How can a rabbit tell me if I'm pregnant? 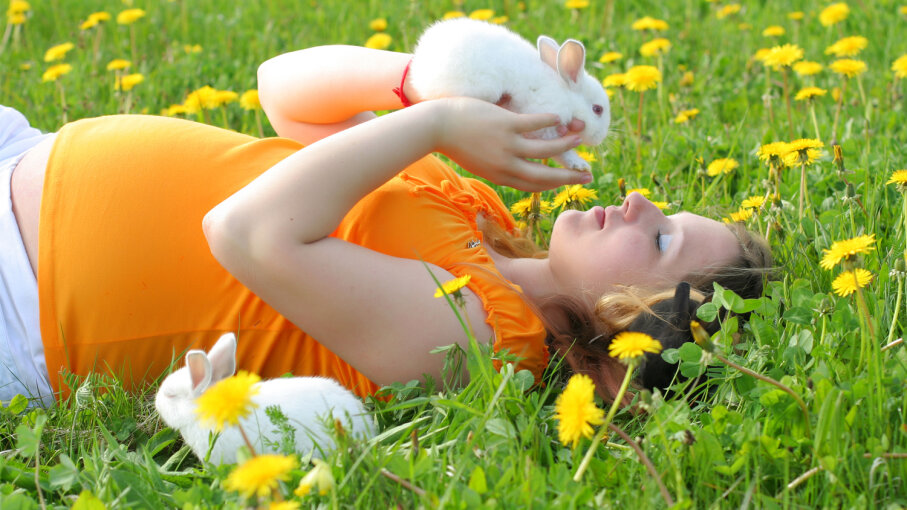 Using a rabbit to tell if you're pregnant may seem like folk magic, but this outdated method is firmly based in science. Dreef/Thinkstock

You might associate fluffy, white bunnies with a magician's stage show, but rabbits played a far more crucial role from the 1930s to the early 1960s -- as the key elements of pregnancy tests. While the method of injecting a rabbit with human urine to test for pregnancy has become little more than a curio of the past, the basic principles involved with testing urine date back thousands of years and continue to this day.

Physicians, healers and novices alike have studied human urine for insight into our biological processes for about 6,000 years [source: Armstrong]. Historians believe the physicians of ancient Egypt were the first to discover a method of detecting pregnancy through the study of urine.

Ancient Egypt's predominant pregnancy test involved, at one time, the woman consuming alcohol and dates until she vomited. If she grew nauseous very quickly, there was a good chance she was pregnant. The urine test soon replaced this method and became a far less distressful method -- the woman urinated on a pile of wheat and barley. If the increased estrogen levels in the urine caused the seeds to sprout, then it meant she was expecting. This marked the beginning of medical urine examination, but more importantly, laboratory medicine itself. More than 6,000 years of urine examination -- or uroscopy -- followed. Today, we know this medical discipline as urinalysis.

In the early 1930s, Dr. Maurice Friedman made a fascinating discovery at the University of Pennsylvania Medical School. He found that he could detect whether or not a woman was pregnant by injecting her urine into a female rabbit. Was this method the product of a diseased mind? Or was injecting a rabbit with what Victorian physicians called a "divine fluid" a logical advancement in medical science?

Hop to the next page to find out what makes rabbits the home pregnancy test of the animal world. 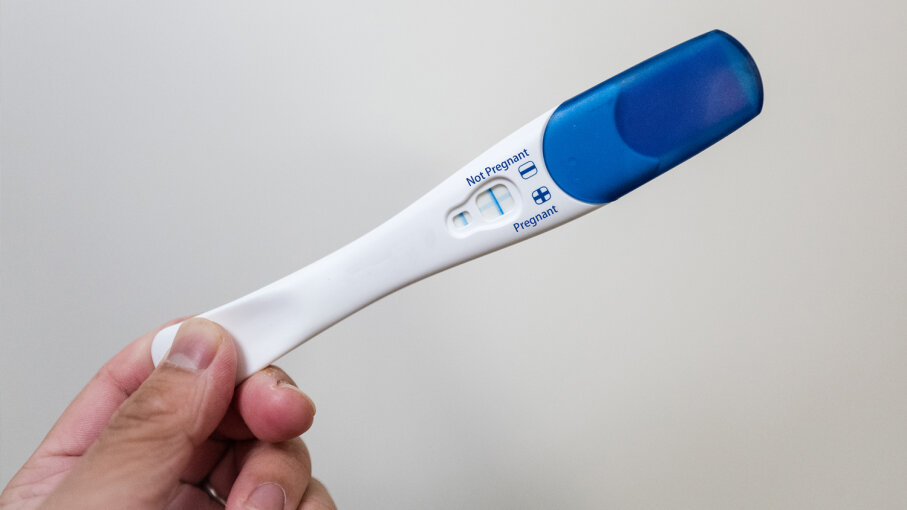 Just as analyzing urine has long played a prominent role in our attempts to understand natural phenomena, so too has the use of animals. From ancient augurs' attempts to divine the future in the entrails of birds to modern AIDS research involving mice and rhesus monkeys, humans have established quite a record of experimenting on other creatures. While often controversial, a number of experiments on animals -- or bioassays -- have led to important breakthroughs in medical science.

In the late 1890s, scientists discovered the existence of hormones. A hormone is an organic product of living cells that regulates specific cellular activities such as growth and reproduction. In the 1920s, scientists pinpointed a specific hormone called human chorionic gonadotropin (hCG). This hormone is found almost exclusively in the blood and urine of pregnant women (though certain cancers also produce it in both sexes). Normally produced by the developing placenta, hCG helps to maintain the pregnancy and support fetal development. The body begins to make the hormone as soon as six days after impregnation, and later stops after the baby is delivered.

Intrigued by these properties, German chemist Selmar Aschheim and gynecologist Bernhard Zondek set out to develop a method of testing for hCG in urine. They decided to exploit the fact that hormones from one animal can generate biological responses in the bodies of other species. Aschheim and Zondek discovered that by injecting female mice with a pregnant woman's urine, they could stimulate the mice ovaries and cause them to go into heat within a few days. They called this test the A-Z Test.

During the 1930s, scientists were able to apply this method to two other species. In South Africa, Lancelot Hogben adapted the A-Z Test for frogs, inventing the Hogben Test. Meanwhile, Dr. Maurice Friedman made his breakthrough with rabbits.

Injecting urine into female rabbits produces much the same results as the A-Z Test. If hCG is present, the urine stimulates changes to the rabbit's ovaries within just a few days. In an act of hormonal trickery, hCG basically fools the rabbit's body into temporarily thinking it's pregnant. As such, the rabbit's ovaries produce temporary tissue structures called corpora lutea and corpora hemorrhagica. Doctors can then spot these growths to confirm the presence of hCG.

While the phrase "the rabbit died" sporadically pops up as an old-fashioned way of saying a woman is pregnant, the urine injection itself didn't actually kill or torment the rabbit. Unfortunately for the rabbit, the fastest way to check the ovaries was to euthanize and dissect the animal. Whether the procedure resulted in a negative or a positive for the patient, it was certainly a test every rabbit failed.

Luckily for the bunnies, the first hemagglutination inhibition test was developed in 1960. This new method was an immunoassay as opposed to a bioassay, meaning it used elements from the immune system instead of living animals. From here, technology gradually improved until the first EPT or early pregnancy test (later known as an error proof test) was approved for home use in 1976. Not only was the EPT more accurate than previous tests, it also provided incredibly fast results. For more information about EPTs, read How Pregnancy Tests Work.

We may have put the rabbit test behind us, but modern EPTs still largely rely on some of the same principles the wheat and barley test employed in ancient Egypt. The tests detect the presence of hCG by pitting human body fluids against other biological elements and observing the results.

For more information about babies, bunnies and modern medical science, explore the links on the next page.

What Not to Expect When You're Expecting

Go back about a thousand years and you'd find Greek physicians prescribing a two-part pregnancy test of sweet honey water and vaginal suppositories made from onions. If this resulted in cramps, bloating or oniony breath, then it was time to start decorating the nursery. Medieval doctors claimed to be able to detect pregnancy by examining urine for a very pale yellow color or mixing it with wine to produce a visible reaction.