by Rachel Pendergrass Feb 8, 2016
You can't do much about how you're born or the microbiota you're exposed to in those early hours and days. Not to worry. Researchers are working on it. JGI/Tom Grill/Getty

The way you're born can affect your immune system for your entire life. Babies born via cesarean section miss out on a vital dose of microbes from their mother, one that can help shape their immune system for the rest of their lives. However, swabbing the infant with fluids from the mother's birth canal can introduce the baby to these important microbes that can influence human health, one new study finds.

A little background: At least half the cells in our bodies are microbes, or even a bit more for a ratio of 1.3:1. That's a big number. And when it comes to early life, microbiota is especially important. We get one of our earliest doses from our mothers during the birth process. As a result, children born via c-section miss out on this critical, early exposure, only getting a fraction of the microbes that vaginally born infants receive.

But, according to a pilot study published in Nature Medicine on Feb. 1, 2016, there's a way mothers who have a c-section could  get those microbes to their babies (and help prevent obesity, asthma and immune disorders in their children). This new, small joint study from researchers at University of California, San Diego and Icahn School of Medicine at Mount Sinai shows that it may be possible to artificially introduce c-section babies to those helpful microbes, simply by using gauze that's been incubated in the mother's birth canal for an hour before birth.

"When my own child was born by unplanned C-section, we took matters into our own hands to see to it that she was exposed to vaginal microbes," Rob Knight, director of the Center for Microbiome Innovation at UC San Diego, told UC San Diego News. "She is now four years old and healthy, but that was an uncontrolled experiment of one and so we can't tell whether it had an effect from a scientific perspective.

"This study now starts to prove that the effect exists, telling us that some of those vaginal microbes probably do stick around when transferred to a baby born by C-section, at least for the first month of life. Other research suggests that microbiome differences between vaginal and C-section babies can persist for years," notes Knight.

The researchers are still seeking funding to fully explore the issue. The goal is to have a study that involves more children and a longer follow-up period.

"This study points the way to how we would do that, and provides the proof-of-concept that microbiome modification early in life is possible," says Knight. "In fact, we already have more than 10,000 additional samples collected as part of this study that still await analysis."

What's the Right Age for Kids to Learn to Code?

How Does Your Boss Compare to Optimus Prime? 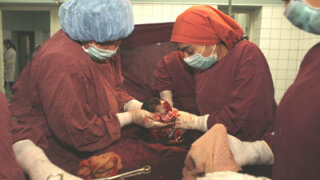 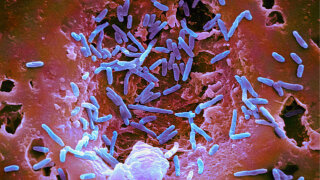 How the Human Microbiome Project Works 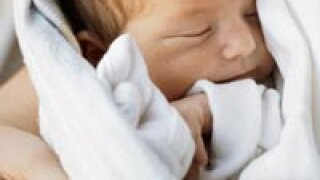