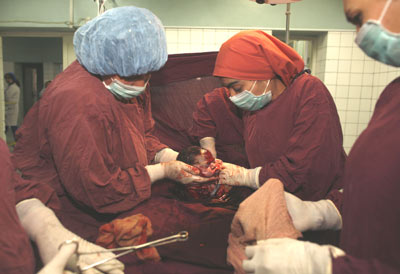 We have all -- hopefully -- learned by now how babies are made, but do you know how they are delivered? The answer depends on the health of the mother and the baby. Delivery options can change, and sometimes very quickly. Vaginal birth is the traditional method, but Cesarean sections, or C-sections, are becoming more commonplace. In a C-section, doctors cut directly into the mother's uterus to deliver the baby.

C-section references date back to the first century, with mentions in ancient texts from Egypt, Greece, Rome and other parts of Europe. In ancient times, C-sections were used to cut the baby from the womb if the mother died in childbirth -- it wasn't until the 1500s that a mother reportedly survived a C-section. In the mid-1800s, the first successful C-section was performed in the British Empire.

With the rapid development of medical procedures -- including anesthesia -- in the late 1800s, C-sections became a little less risky and were used to avoid craniotomies. When a baby couldn't be born vaginally, doctors would perform a craniotomy, which involved destroying the skull of the fetus and removing the remaining parts of the body through the vagina. C-sections were certainly a better alternative, but they still weren't considered safe, with many women dying of infection and blood loss. But doctors continued to refine the technique, and their use has increased steadily since the 1940s. In 2005, nearly 30 percent of women in the United States gave birth via C-section, up from just 6 percent in 1970 [source: BabyCenter]. In fact, according to the Centers for Disease Control and Prevention, the C-section rate has increased more than 45 percent since 1996 [source: CDC].

In this article, we'll learn more about C-sections and how they're performed. We'll also find out why the rate is climbing. What does this mean for women and their babies? What kinds of pregnancy and labor complications can lead to a C-section, and why do some women plan to have them? 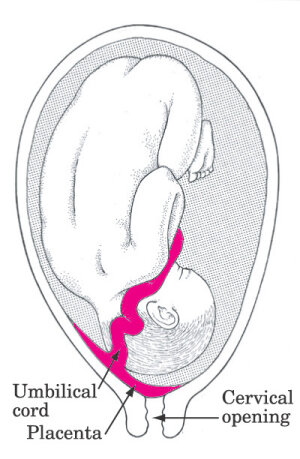 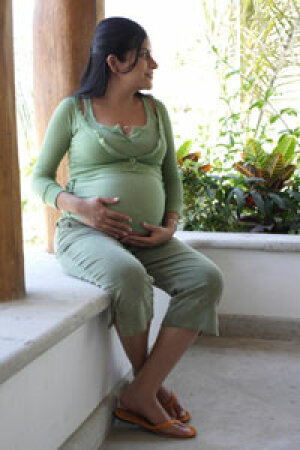