Time was when a woman graduated high school, her only goal was to get married and have children. But with the 60s came a big change - women became movers and shakers in a world previously dominated by men. These new gains meant new attitudes, even in the areas of love and marriage.

Thirty years later, the question is: Did the revolution turn the former societal expectation on its head?

Not really. Even today - in the 21st century - the notion that women should marry and have children still exists.

This gives rise to an even larger question: Can societal expectations and the new 'freedom' women discovered decades ago, co-exist without wreaking havoc between men and women?

To find out the answer, we asked relationship counselor Audrey Chapman, author of Getting Good Loving and Seven Attitude Adjustments to Finding a Loving Man. Chapman says the confusion over a woman's main role in society has caused a state commonly known as commitment phobia in both men and women.

Go on to the next page to read her answers to common questions about commitment phobia in men and women. 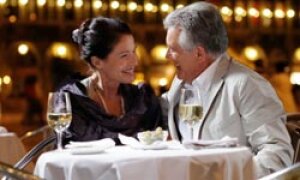