Will eating collagen keep you young? 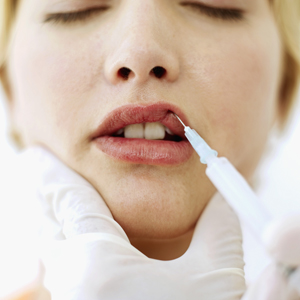 When it comes to preserving the skin and fighting Father Time, there isn't too much that humans won't try. On the homespun side, you can rely on home remedies and family secrets passed down through the generations. If you want to go the more expensive and invasive route, you can opt for injections of Botox, a face-lift or some other kind of plastic surgery. Fighting the effects of aging, the wrinkling forehead, the sagging cheeks, is simply human nature. The cosmetics industry is a lucrative one -- sales in Canada alone are estimated to top $5 billion each year [source: Health Canada]. Americans spend close to $20 billion annually [source: Greenzer].

The intersection of food and cosmetics isn't new. Ingestible ingredients like avocado, green tea and olive oil, just to name a few, can all be found in various skin lotions and creams. Fruit facials including ingredients like kiwi, cucumber, honey, peach and mango are popular in the top salons and many can be prepared at home for a fraction of the price. If you add a little apple, strawberry or tomato to your fresh preparation, you can exfoliate and help remove blemishes. Topical applications of certain foods provide the same essential vitamins and nutrients to your skin as they do when you eat them.

But what about other kinds of foods? We know that certain proteins can be good for the skin. Duck provides you with selenium, an antioxidant that's been said to enhance your skin tone. Many kinds of fish provide essential amino acids that are said to improve your complexion. Restaurants in Japan and Europe have taken things a step farther, adding menu items that tout their skin-saving ingredients. Anti-wrinkle jam is packaged and sold in France that contains fatty acids, vitamins E and C and antioxidants like lycopene. The latest protein to take hold in the beauty-food revolution is collagen. What is this protein and does eating it do your skin any favors? We'll find out on the next page.

What is Collagen Food? 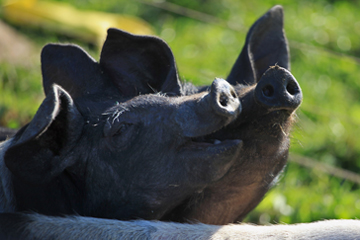 Collagen is the most abundant protein found in mammals, making up about 25 percent of the total proteins in the human body [source: NIH.gov]. It's part of our connective tissue and sometimes referred to as the "glue" that holds the body together. Collagen teams up with keratin in the body to add strength and resilience to your skin. The problem is, as we age the naturally occurring collagen begins to degrade, leading to the one thing humans try desperately to avoid -- wrinkles. Because of this, collagen has always been an essential ingredient in most anti-aging face creams, and plastic surgeons inject collagen into the lips to plump them up.

But what about eating collagen? The practice of ingesting the protein to fight the effects of aging has been going on in the homes of Japan for years, but has only recently become a mainstream practice. Europe caught on soon after and now some restaurants in the United States offer collagen-rich "wrinkle-free meals." There are many ways to ingest collagen and you can try them all in the restaurants of Tokyo. Suppon is a meal of soft-shell turtle and is a delicacy in Japan. Men have always eaten it in a bid to boost their sexual performance, but women are giving it a try now it because it's so rich in collagen. Female customers tout suppon's immediate effects, noticing a difference in their skin the following day [source: Hardach and Kubota].

Other dishes naturally loaded with collagen include chicken and fish skin, shark fin and pigs' feet. Collagen as an additive is tasteless and clear and is used in everything from noodles to nabe. These collagen fondue pots have been popular since their release in Japan in November 2008. Collagen is also added to some sweets. A Japanese company called Eiwa makes marshmallows that pack 3,000 milligrams of collagen into each fluffy ball.

None of these products have labels that tout the skin-smoothing benefits, but the customer is well aware of the purported effects. So what about these effects? Unfortunately, collagen has never been proven to have greater cosmetic benefits than other proteins. Collagen breaks down into amino acids just like every other protein, so touting collagen as a skin super food is a bit of a reach. The British Skin Foundation claims that eating collagen does not benefit the skin in any way [source: Naish].

Despite the evidence that eating collagen doesn't benefit your skin, it will likely continue to grow as a trend. Homespun practices passed down from one generation to the next are typically followed no matter what mainstream science has to say. Collagen is not harmful to ingest and is often added to low calorie meals and vegetables. So even if it isn't a wrinkle miracle cure, you won't be doing yourself any harm by trying it out.

5 Things You Should Know About Brazilian Wax
Is it bad to share makeup?
How often should I shave my legs?