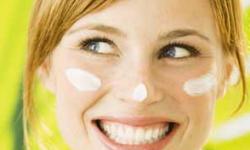 Wrinkles. They look adorable on a shar-pei puppy. On the human body, they're considered less appealing. And while the shar-pei outgrows its wrinkles, the ones on people tend to deepen. It's part of the aging process.

Skin owes much of its firmness a fibrous protein called collagen. A second type of protein, elastin, supplies its spring. Oil-secreting glands make it soft and supple, and an underlying layer of fat adds contour. As the body ages, the cells that produce all of these substances become fewer in number and less vigorous. Lacking protein, the skin weakens and loses tone. It sags and creases as the fatty cushion thins and oils dry up.

The wear and tear of daily life also contributes to wrinkling. Normal aerobic processes -- that is, chemical reactions that use oxygen, which release the energy that cells need to function -- create free radicals. Free radicals are the unstable atoms or molecules that have lost or gained electrons through these reactions. Exposure to sunlight and cigarette smoke also produces free radicals, and is especially hard on collagen and elastin [source: WebMD]. Also, some cell functions release collagen-eating enzymes [source: Fisher et al].

Wrinkles are probably inevitable, but the shar-pei look is not. Over the next 10 pages, we'll explain how to reduce wrinkles by reversing the processes that cause them -- not with costly surgery or "anti-aging" creams, but with tried-and-true tips that are grounded in solid science.

Our first tip is an atomic peace-keeping mission. That may sound like a military term for nuclear warfare, but the weapons here are asparagus spears and carrot sticks.