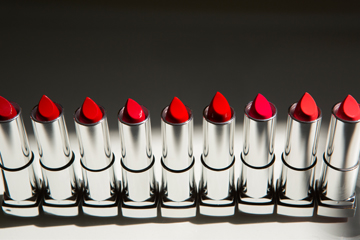 Is the lead in lipstick enough to cause cancer? It depends on whom you ask.
Donna Alberico/Getty Images

Zoe has two loves in her life: fashion blogging and discovering her next favorite shade of lipstick. Luckily, the two go hand in hand. She's become a lipstick-wearing sensation online thanks to her daily pics of perfectly hued pouty lips. Then one day, a reader sent a link to a study by the U.S. Food and Drug Administration reporting levels of lead in 400 lipsticks. It was enough to make Zoe consider breaking off her love affair with lip color. But is lead-laced lipstick really so dangerous?

It probably depends on whom you ask. The FDA contends the lead levels in the lipsticks it's tested aren't high enough to cause health risks, while independent researchers link lead exposure to everything from miscarriages to seizures. Lead and other heavy metals in lipstick have even been rumored to cause cancer. The National Toxicology Program, formed from U.S. government agencies including the National Institutes of Health and the Centers for Disease Control and Prevention, classifies lead as a suspected human carcinogen [source: American Cancer Society].

Lead is a naturally occurring metal found in soil and used in everything from pipes and batteries to building materials and pigments that color cosmetics. In 2009, the FDA published its initial lead-related findings. Once scientists identified lead in the lipsticks, they expanded their tests to include 400 lipsticks. The results of these expanded tests, revealed in December 2011, showed lead was present in 100 percent of the lipsticks that were tested but that the levels were so low they didn't pose a health risk [source: FDA].

The average lead concentration in the lipsticks tested by the FDA was 1.11 parts per million (ppm). Individually, the concentrations ranged from 0.026 ppm to 7.19 ppm [source: FDA]. The FDA's recommended threshold for lead levels in cosmetics is 20 ppm — relatively low in the grand scheme of things. A dusty home, for example, could have lead levels in the hundreds of parts per million [source: Gelman]. Critics, however, contend that the findings are still problematic.

For starters, the FDA's tests focused solely on the amount of lead in lipstick pigment, rather than the amount of lead in a tube of lipstick. And, when the dyes were tested, the FDA outsourced the job to the Cosmetic Ingredient Review, which was founded by a cosmetics-industry lobbying group [source: Severns]. Not exactly an unbiased source.

For those of us who can't give up lipstick, there is a silver lining. Lead doesn't easily cross the skin barrier, and adults aren't prone to lead absorption. While children's bodies will absorb up to 50 percent of the lead they come into contact with, adults absorb up to about 8 percent. Most adults who wear lipstick simply won't ingest enough lead to experience long-term damage [source: Gelman]. If you're still concerned, you could also research lipsticks to find ones with the lowest lead levels in their pigment.

Can I become addicted to lip balm?
How to Apply Makeup to Oily Skin
Can you get spa treatments if you're pregnant?