What is the function of skin?

Browse the article What is the function of skin? 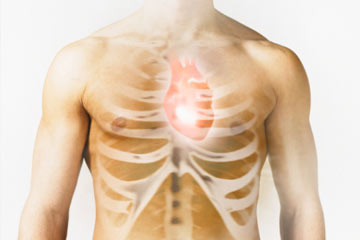 Throughout history, people have done some strange things to their skin. From the 15th century to the 19th century, for instance, pale white skin was in fashion. In order to achieve this look, many fashionable women and men would bleach their skin with a mixture of lead and vinegar to stay on top of the trend. Unsurprisingly, the practice was extremely dangerous, since pores would absorb the arsenic and, over time, slowly poison the blood and major organs. Many other cosmetics had various combinations of lead, arsenic and mercury that peeled away skin and left terrible scars [source: Mapes].

Today, we fortunately know a lot more about our skin and what it's supposed to do. Your skin is actually your body's largest organ, with a surface area of over six feet (1.8 meters). It actually makes up around 16 percent of your total body weight [source: BBC]. Skin is constantly changing, too, replenishing itself at a rate of about 30,000 to 40,000 cells a minute. This means that each year you lose and replace roughly nine pounds (4.1 kilograms) of skin [source: Kids Health].

The skin is made up of three layers. The epidermis is the outermost layer, or the layer you can see and touch. The dermis is the layer below the epidermis. It's right below the epidermis, and it contains nerve endings, blood vessels, and oil and sweat glands. The dermis also holds collagen and elastic, proteins that keep skin firm and strong. Finally, there's the subcutaneous layer, which is made up mostly of fat. Each layer of your skin performs specific functions that help to cover and protect your body, regulate body temperature and provide you with a sense of touch.

Read the next page to discover more about the epidermis's role as your body's security guard.

The outermost layer of your skin, the epidermis, is the thin, tough part of your body that acts like a protective shell. Because they're also the first to encounter damage, the cells of the epidermis are constantly renewing themselves, with dead skin cells falling off by the tens of thousands each minute.

One of the most basic functions of the epidermis is waterproofing [source: The Merck Manuals]. Have you ever wondered why your body never absorbs water when you get caught in the rain or take a shower? That's because the epidermis contains a layer of cells called stratum corneum, which are packed tightly to protect your body against the absorption of harmful substances. This layer also protects your body from losing too much water [source: P&G].

When the epidermis is healthy, it protects the body from bacteria, viruses, infection and other unwanted substances [source: The Merck Manuals]. Protection starts with the natural layer of oil that appears on the outermost surface of the skin, providing the first barrier of protection. The stratum corneum also protects against the invasion of foreign substances. The epidermis also contains Langerhans cells, specialized cells that identify harmful substances and take them to white blood cells to be neutralized [source: P&G].

The epidermis layer also contains melanin, the skin pigmentation that helps filter dangerous ultraviolet (UV) rays and prevents the skin from absorbing them, which can cause wrinkles and skin cancer. However, studies have shown that the epidermis layer can't completely stop this type of damage, so it's beneficial to protect yourself with sunscreen, protective clothing and minimal sun exposure [source: The Merck Manuals].

Now that you know how your skin protects you, are you ready to find out what goes on under the surface of your skin? To find out how your skin regulates your body temperature, go to out the next page.

Melanin is the substance in your epidermis layer that determines skin color. People with a greater concentration of melanin have darker skin than those with less melanin. It's one of the reasons why people with dark skin tend to sunburn less easily that those of fairer complexions. Freckles and moles are simply concentrations of melanin; however, freckles and moles that change in size, shape or color over time should be checked, since that can indicate skin cancer [source: BBC].

The dermis is the layer of skin under the epidermis, and it's made up mostly of soft tissue such as collagen, elastin and fibrillin -- tissues that make your skin elastic and flexible yet strong and structurally firm. The dermis layer also contains blood vessels, hair follicles, nerve endings, oil glands and sweat glands. It's the latter of these that makes the dermis so important to heat regulation. The dermis controls body temperature through the production of sweat and the control of evaporation -- a process known as insensible perspiration. Basically, the sweat glands of the dermis secrete sweat, which then evaporates on the surface of the skin. Because evaporation requires heat to work, the process of evaporating sweat actually helps to lower the temperature of your skin [source: P&G].

The skin doesn't stop there with protection and regulation. It also provides you with one of your most useful senses -- the sense of touch. To learn more about how the skin influences your senses, read the next page.

The dermis does more than just regulate your body temperature. Because the dermis contains oil glands, it also controls the secretion of oils on your hair and skin that serve as a protective barrier against foreign substances. The dermis is also rich in red blood cells, which provide nutrients to your skin [source: The Merck Manuals].

The dermis serves an important role in regulating body temperature. But it also performs another critical function: It contains the nerve endings that give you your sense of touch [source: The Merck Manuals].

Injuries to the skin can adversely affect your experience of touch. For example, even a minor burn can be quite painful, because it affects the nerve endings in your skin. Usually a first- or second-degree burn can continue to hurt even after it has developed scar tissue, because the nerve endings are continuing to react to the injury. What's even more dangerous, however, is when you don't feel any pain from a burn -- that means that you've suffered from a third-degree burn, which penetrates the dermis. The reason you don't feel pain with a third-degree burn is because the nerve endings in the dermis have actually been destroyed [source: Wolfe].

For lots more information about the function of skin, see the links on the next page.

Skin Graft and Your Senses

A skin graft is the transplanting of healthy skin and healthy, underlying tissue to another part of the body. Skin grafts are often used after the removal of cancerous malignancies, to repair and minimize severe burns, and to close surgery sites in organ donation. In many cases, the recipient of a skin graft will develop feeling in the grafted skin -- called reinnervation -- within two to four weeks of a procedure; however, many grafts will have what is known as permanent anesthesia, where there's little to no feeling in the grafted skin [source: Grande].