What would happen if you never moisturized your face? 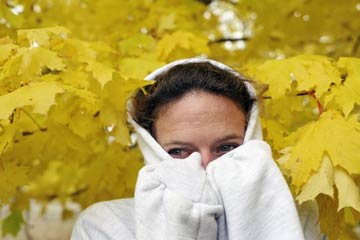 Without moisturizer, would you want to hide your face? See pictures of ways to get beautiful skin.
Jonathan Kirn/Photographer's Choice/Getty Images

You can't watch television, surf the Internet or read a magazine for too long without seeing an ad or admonition reminding you of the importance of moisturizing your skin. Sure, nobody likes dry skin. But are we simply being brainwashed with scary skin propaganda in order to sell more products? What's the big deal about moisturizers?

Moisturizers come in two forms: humectants and emollients. Humectants draw water into the outer layer of skin (the epidermis) from the middle layer (the dermis) as well as from the environment. Glycerin is an example of a humectant. Emollients are moisturizers that leave the skin feeling smooth and soft while sealing existing moisture to the face. Emollients can be oil-based or water-based, and include substances like petroleum jelly, carrier oil, or engineered products such as silicone oils and isopropyl myristate. Most moisturizers are emollient creams that contain humectants, so you won't have to choose between the two.

The skin's natural oil -- called sebum -- is produced by tiny sebaceous glands that are located inside each hair follicle. Sebum works its way up and out of the follicle, collecting dead skin cells and dirt along the way. Once it reaches the surface, it forms a sort of protective armor that guards us against viruses and bacteria. But if your skin produces its own oil, why do we need to add more?

When we wash our faces, we strip this oily coating off our skin. This makes us more susceptible to allergens and antigens (unwelcome, foreign microscopic bodies). It also leaves our skin exposed to the irritating, prematurely aging and even painful effects of the elements, pollution and cigarette smoke. By cleansing our faces with a gentle soap and then applying a layer of moisturizer (which also fills in tiny cracks in our skin's defenses), we help keep our skin hydrated, healthy and attractive.

On the other hand, you shouldn't regularly moisturize your face if you're not also regularly washing your face. To do so would only give you a thickening film of oil, dead skin and dirt, leading to many blocked pores and acne breakouts.

But what would happen if you never moisturized your face, regardless of washing habits or what type of skin you have? Keep reading to find out.

My Way or the Dry Way

If the skin on your face is too dry, it'd be in for a rough ride if you stopped moisturizing. Dry skin is the result of the skin's underproduction of sebum. Conditions such as hot or cold weather (or low humidity) only worsen the dryness. Without the assistance of an additional moisturizing agent, your skin would start cracking, itching and flaking and become tight and red. Your face would also age before its time, growing coarser.

Those with oily skin have the opposite problem -- their skin produces too much oil. The excess oil leads to acne and a greasy appearance, requiring stronger soaps that then strip the oil off your face. Due to this constant stripping of oil, the face cycles through periods of extreme dryness in which it is left unprotected to the elements. The complete absence of moisturizer use wouldn't diminish acne, and it would lead to premature aging and irritation.

Sensitive skin easily becomes irritated and red. Dryness can prompt a negative skin reaction, but so can the wrong moisturizer (especially if it contains perfumes). Unchecked dryness would exacerbate problems with sensitive skin, making it harder to maintain a healthy and attractive appearance in addition to causing severe discomfort.

Lack of moisturizer use would have similar effects on normal skin as well, though to a somewhat lesser degree.

If you opt not to forego moisturizing your skin for the rest of your life, make sure that you apply it correctly. Moisturizer prevents water that is already present on the skin from evaporating. For this reason, it's important to apply moisturizer within about three minutes of bathing [source: American Academy of Dermatology]. Lightly pat your face dry after washing, then apply moisturizer. Putting moisturizer on a dry face will prevent external moisture from reaching the skin and seal in dryness.

Want more articles on skin care? Click to the next page.

What is an emollient?
Skin Moisturizer Basics
Body Wash vs. Other Cleansers