by Alia Hoyt Apr 4, 2019
Although it shows up more on darker skin, ashy skin can affect people of all ethnicities. LaylaBird/Getty Images

If your skin is prone to dryness and you're lacking some lotion, you might notice some white or chalky flakes on your legs or arms. Next thing, you might be scratching. Yep, that's ashy skin.

"Ashy skin has to do with the dryness of the skin and retention of those skin cells," says dermatologic surgeon Richard L. Torbeck, M.D. with Advanced Dermatology P.C. in an email. "When we don't wash our skin very frequently we can get a retention hyperkeratosis which just means that the skin has not sloughed off yet." This results in the build-up of dead skin cells, which are white in appearance.

Ashy skin is commonly thought to be an issue only for people of African descent. But, it can affect anyone. "All skin types and colors can get ashy skin but it is more pronounced in skin of color due to the difference in pigment in the viable epidermis (alive skin cells) and the dead shedding skin cells," Torbeck explains. In other words, the dead skin cells, which are white in appearance, simply show up more prominently on people with darker skin. However, dermatologist Naissan Wesley, writes in Dermatology News, "Differences in the stratum corneum barrier [outer layer] in skin of color may contribute to the propensity toward ashiness."

It's not just an aesthetic issue. Ashy skin (so-called because the white flakes look like ashes) also makes the skin feel tight, itchy and uncomfortable. This can cause people to scratch, which can result in cracks in the skin where potentially dangerous bacteria can enter. Knees and elbows seem to get the worst of it, but legs, arms and stomach are also prone.

Whether or not you can actually see it, if you're prone to dry skin, you may have ashy skin. So how do you take care of it?

For prevention, Torbeck recommends daily moisturizing with creams and ointments out of a tub or tube. These are richer than the ones in bottles. He also suggests "lifestyle changes like reducing hot showers (less than 5 minutes), avoiding fragrances in creams/lotions/detergents and avoiding allergic triggers."

Dry skin is an external issue. Drinking extra water won't "plump up" your skin, like it would a dry plant. The Mayo Clinic points out that skin will feel rough if the outer layer is lacking moisture, but there's no research to show that drinking water affects the skin's appearance. Here's what the Mayo says will help:

If ashy skin still persists after following these steps, there are some stronger remedies. "If there is a particularly ashy area you can use urea/lactic acid creams either by prescription or over the counter," Torbeck says. He suggests trying brands like Amlactin, GoldBond Rough and Bumpy Skin and Eucerin UreaRepair. "These creams are called keratolytics that aid in skin shedding in a timely manner and reduce the ashy appearance on the skin."

Now That's Cool
Sick of dry, ashy skin, but looking to avoid mass-manufactured products? Some success has been reported with the use of natural alternatives like sunflower seed oil, coconut oil, oatmeal baths, aloe vera and even drinking milk!

What's Next for the Green New Deal? 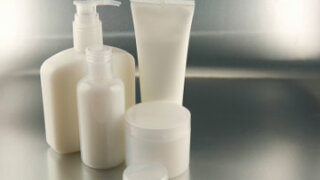 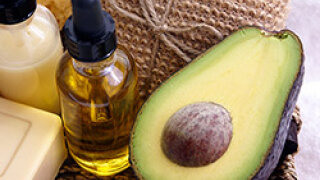 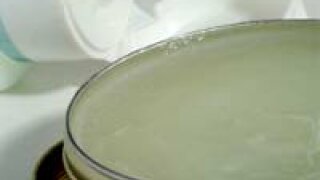 How to Care for Dry Skin