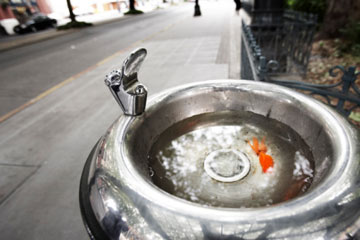 Few schoolyard rumors have stronger legs than those involving sexually transmitted infections (STI). Giggly adolescents trade misinformation on the playground as questions about sex rule the hallways, and the gym teacher begins the painful annual metamorphosis into a sex-ed instructor. One of the longest-standing rumors about STI transmission is that people can get them by drinking from water fountains and sitting on toilet seats.

As people learn more about HIV and AIDS, they've figured out that this really isn't possible. But one STI -- herpes -- still remains mysterious to a great many people. As a result, the idea that a person can contract herpes from drinking fountains and toilet seats remains a common notion. But is it an incorrect notion?

To be sure, public restrooms and water fountains can be dirty since they're used by a number of people, about 33 percent of whom don't wash their hands after using the toilet [source: WebMD]. Germs and viruses like E. coli and hepatitis A can be found on toilet seats and other surfaces. But what about herpes?

Herpes is actually two types of related viruses, herpes simplex virus type I (HSV-1) (usually leading to cold sores around the mouth) and HSV-2 (responsible for genital herpes). Humans are the only known living carriers for HSV-1, and both types are usually spread by skin-to-skin contact, like kissing and sexual intercourse [sources: Barker et al., CDC].

Herpes presents as painful blisters around genitalia or as cold sores around the mouth. During these outbreaks, the virus can be transmitted (called shedding) from one person to another. But herpes can also be shed during periods between outbreaks, which makes it a particularly contagious virus.

Luckily, most of us don't sharpen our razors on drinking fountain guards before shaving or kiss the seat after using the toilet. So does this mean herpes isn't transmitted from these objects? 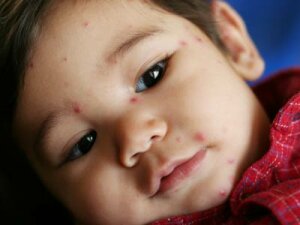 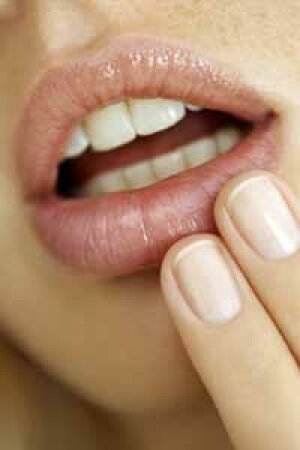 7 Ways to Get Rid of Cold Sores