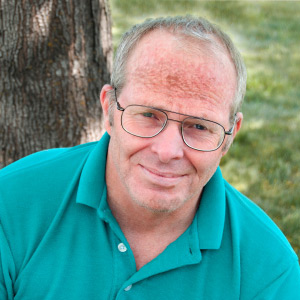 If you have dandruff, you may have the mildest form of seborrheic dermatitis, and you're not alone: About 20 percent of the population has dandruff. But seborrheic dermatitis causes dry, flaky, oily or scaly skin, which can occur on the scalp, on the face or in the creases of the arms, legs or groin [source: AAFP].

Seborrheic dermatitis affects people of all ages -- even infants. The condition is called "cradle cap" in infants, and it develops on the scalp or in the diaper area. It usually disappears as the baby becomes a toddler, but it may occur in children up to three years old. Seborrheic dermatitis may also recur as the child reaches adolescence and puberty. Adults affected by the disease are usually between the ages of 40 and 70 [source: AAD].

Seborrheic dermatitis affects people of all races, and both men and women can develop it; however, it's more common in men than women. Only 3 percent of the population develops the disease, but 85 percent of people with immune system disorders, such as HIV and AIDS, have it [source: Johnson]. Hospital patients and assisted living home residents are also prone to develop seborrheic dermatitis, which some doctors attribute to the facilities' dry air [source: Mayo Clinic].

The exact cause of seborrheic dermatitis is unknown, but studies show that it might be caused by malassezia, a fungus that feeds on oil secreted from hair follicles. This activity creates an excess of dead skin cells that clump and fall off [source: AAFP]. People with a family history of seborrheic dermatitis or eczema, a skin disease with similar symptoms, are more prone to develop seborrheic dermatitis [source: AAD]. Other factors that may cause the disease include stress, fatigue, dry winter air and neurological conditions such as Parkinson's disease [source: Mayo Clinic].

Seborrheic dermatitis can be uncomfortable and embarrassing, but it's treatable. Read on to learn more about this skin condition and its symptoms and treatments.

Seborrheic dermatitis has one obvious symptom: dandruff. Other symptoms include itching, soreness, red and oily skin, and white or yellow flakes on the scalp. There might also be patches of scales around the hair follicles [source: AAFP]. In infants, seborrheic dermatitis may manifest itself as scaly patches that are thick, yellow, crusty or greasy. Infants may not notice the itchiness, but as they become toddlers, they may complain about the itchiness and soreness [source: Mayo Clinic].

Seborrheic dermatitis symptoms can usually be controlled with proper treatment. Read on to learn what treatments are available.

Dandruff in Your Eyes

Seborrheic dermatitis on your scalp can spread to your eyelids and become blepharitis, an inflammation of the eyelids that causes redness and crusty eyelashes. Staph bacteria, psoriasis or allergies to cosmetics can also cause blepharitis. Using wet compresses and washing your eyes daily can alleviate symptoms, but if your condition doesn't improve, you should see a doctor [source: Mayo Clinic].

Although the symptoms of seborrheic dermatitis may be embarrassing, you can easily treat them yourself by practicing good hygiene and using over-the-counter medications [source: Mayo Clinic]. Simply washing frequently with soap will remove oils from affected areas, which will decrease symptoms. Some people with dandruff attribute their itchy scalps to dry skin and don't shampoo often, but not cleaning the scalp regularly can actually worsen the symptoms of seborrheic dermatitis. This can cause excess oil to build up in the scalp, which creates more scales and causes inflammation.

Using over-the-counter products that contain coal tar or ketoconazole can also help combat seborrheic dermatitis symptoms. Coal tar contains a natural antifungal agent and it reduces itching and inflammation [source: New Zealand Dermatological Society]. Ketoconazole is a synthetic antifungal drug, and both ketoconazole and coal tar combat malassezia, a dandruff-causing fungus. If symptoms are severe, see a doctor because you may need a prescription for a topical steroid [source: Medical News Today]. To treat an infant's cradle cap, wash the infant's hair often using a mild baby shampoo, and consult a doctor because the infant may need an antifungal or corticosteroid medication [source: AAD].

Using a daily antidandruff shampoo that contains selenium sulfide or pyrithione zinc can also be effective in treating scalp scales. You should apply the shampoo to the scalp and leave it on for five­­­­ to 10 minutes before rinsing. When your symptoms lessen, you can decrease the number of times you use a medicated shampoo to two times a week [source: Johnson]. If you've tried over-the-counter treatments and are still uncomfortable or your skin becomes infected, see a dermatologist [source: Mayo Clinic].

Sometimes seborrheic dermatitis can cause hair loss. Keep reading to learn how common this is and how to treat it.

One of the more uncommon symptoms of seborrheic dermatitis is hair loss. The oil the scalp produces combined with the malassezia fungus can cause irritation and inflammation to the hair follicles, making it difficult for hair to grow [source: AHLA]. The best way to prevent hair loss is to use an over-the-counter antidandruff shampoo that contains selenium sulfide, zinc pyrithione, coal tar or ketoconazole. A dermatologist may prescribe an antifungal cream or antibiotic to combat the malassezia, and sometimes a topical medication that contains corticosteroid can help reduce inflammation.

For more information about seborrheic dermatitis, check out the links on the next page.

Both men and women experience hair loss, but women may find it more traumatic than men because of the value society places on women's hair. Thyroid disorders, anemia and certain medications can all cause hair loss, and the American Academy of Dermatology reports that hair loss affects more than 30 million U.S. women [source: WebMD].